LAS VEGAS – The past year may have been the most turbulent in the UFC’s recent history, but despite the many challenges posed by the COVID-19 pandemic, the organization has enjoyed a banner year.

Reflecting on a crazy year for the world’s top MMA organization, UFC president Dana White told reporters that he ended the year with mixed emotions as he marked the occasion of the promotion’s final pay-per-view event of the year by happily waving goodbye to 2020, while also paying tribute to his company’s successes during unprecedented times.

“Yeah, it’s funny, because every time we’ve been talking through this year I’ve been telling you, ‘I can’t wait for this year to be over,’” he told reporters, including MMA Junkie, backstage at the UFC Apex after UFC 256. “I don’t know what I expected for 2021, but it doesn’t look like it’s going to be any different. It’s going to be a lot of the same (expletive) next year.”

Despite the difficulties involved in keeping the business running in the middle of a global pandemic, White hailed the UFC’s year as a success, and claimed the promotion has achieved remarkable results, despite the challenges they’ve faced.

“This year was a great year for us,” he explained. “We had a great year, great fights – business has never been better. I did an interview the other day with (Yahoo Sport’s) Dan Wetzel and walked through the business with him and, basically, our business is up – we broke records this year in almost every category, except live gate. So 2020 was a horrible year in many ways for us personally and professionally, but it was a great year for the UFC.

“The first fight in Jacksonville, Florida, when no other sports were going, we had Ferguson and Gaethje. It’s been a good run, and we’ve had nothing but great fights this whole year. It’s been a fun year of fights, considering everything being shut down and all the stuff that we went through this year. … There’s been some good stuff and a lot of young talent that has emerged this year.”

The continuing coronavirus crisis means the UFC’s hopes of throwing open the doors to events are set to be put on hold in the early part of 2021, at least, but after establishing a blueprint for how to operate during the pandemic means White is heading into 2021 confident of more success, with a host of exciting matchups, some already booked, set to give the promotion a flying start to the new year. But, despite the achievements of 2020, White can’t wait to move on from a tumultuous year and make a fresh start in January.

“Tonight was our last pay-per-view of the year and I just wanted to get through this and put 2020 in the rearview mirror,” he admitted. “You guys know, you can already tell how next year’s shaping up. We’ve got awesome fights next year.”

The UFC president also said that he’s looking to simplify his approach and focus purely on what he can control as he looks to repeat, or eclipse, the UFC’s 2020 successes in 2021.

“I don’t know how the rest of the world is going to be, and I’ve already sort of set my mind,” he said. “I’m in a place where I don’t give a (expletive) what goes on with the rest of the world. This is the only world that I have to focus on and think about, and take care of my people, my family, and whatever else goes on, (expletive) it. Whatever, man. I’m just focused on what’s going on here, so yeah, that’s my attitude going into 2021.” 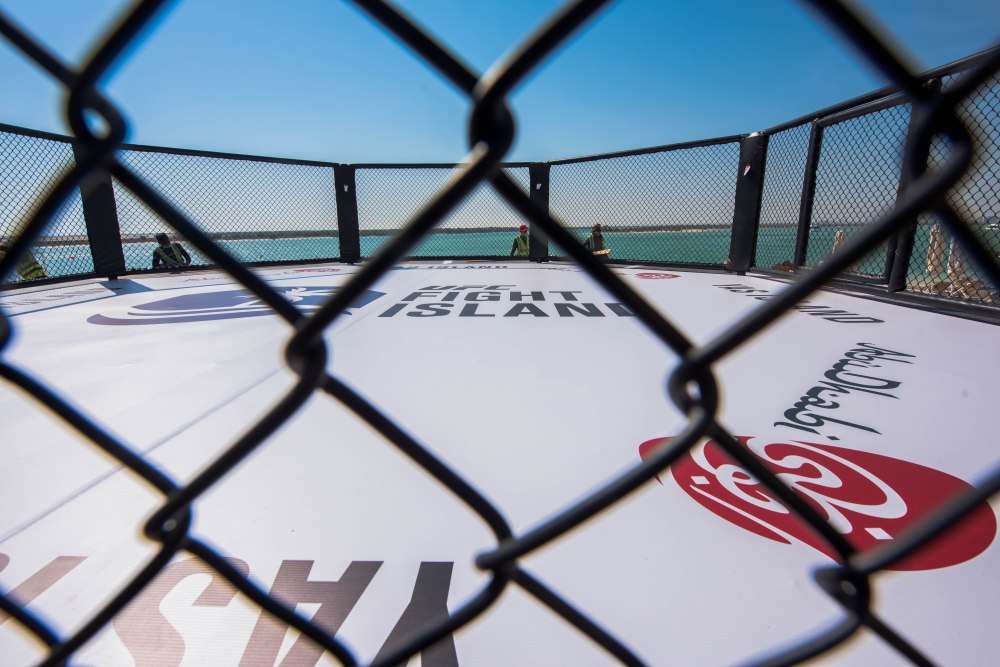