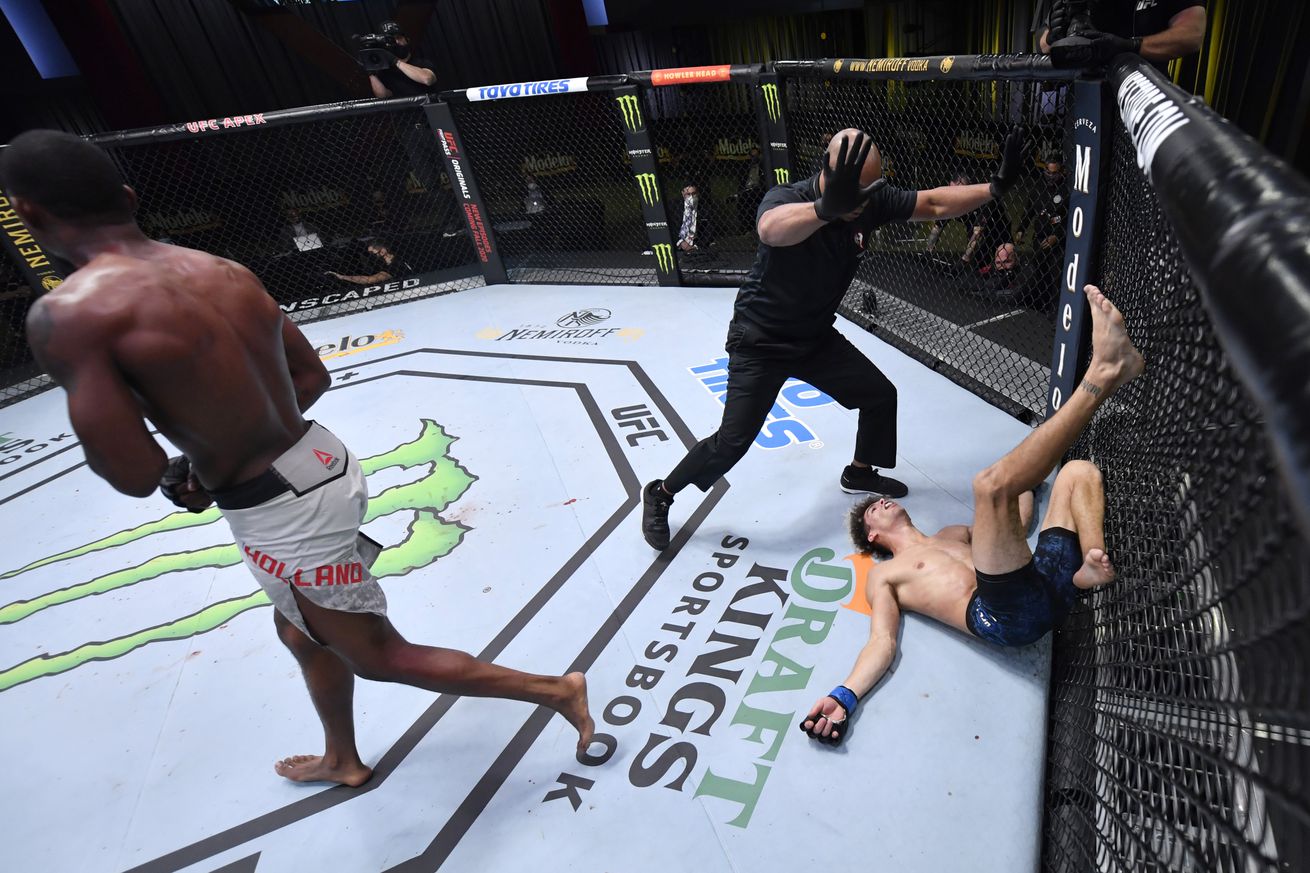 Charlie Ontiveros saw his UFC debut come to a frightening end after he was forced to verbally submit following a huge slam from opponent Kevin Holland in the first round.

As soon as the fighters came crashing down to the canvas, Ontiveros was grimacing in pain as he told the referee that he was finished. He laid motionless on the floor for several minutes until medical personnel carried him out of the octagon on a stretcher.

Holland later revealed that Ontiveros told the referee that his neck was injured during the slam.

After the event ended, UFC president Dana White gave a positive update on Ontiveros’ condition once he was taken to a local hospital in Las Vegas for treatment.

“So what happened was when he got slammed by Holland, he felt a pop in his neck so he verbally tapped,” White explained during the UFC Vegas 12 post-fight show. “Because he said that we just took every precaution.

“He got examined, he got CAT scans or x-rays or whatever they did to him and the kid’s 100 percent. He’s OK. I think he’s going to have a stiff neck, some muscular stuff but he’s healthy.”

It’s great news considering the terrifying conclusion of the fight with Ontiveros leaving the UFC Apex on a stretcher.

He actually took the fight on extremely short notice after Holland’s original opponent Makhmud Muradov was forced off the card just days before the event took place. Ontiveros immediately jumped at the opportunity to make his UFC debut against Holland.

Unfortunately the result didn’t go his way but it appears Ontiveros avoided any major injuries despite the frightening way his first appearance in the octagon ended.