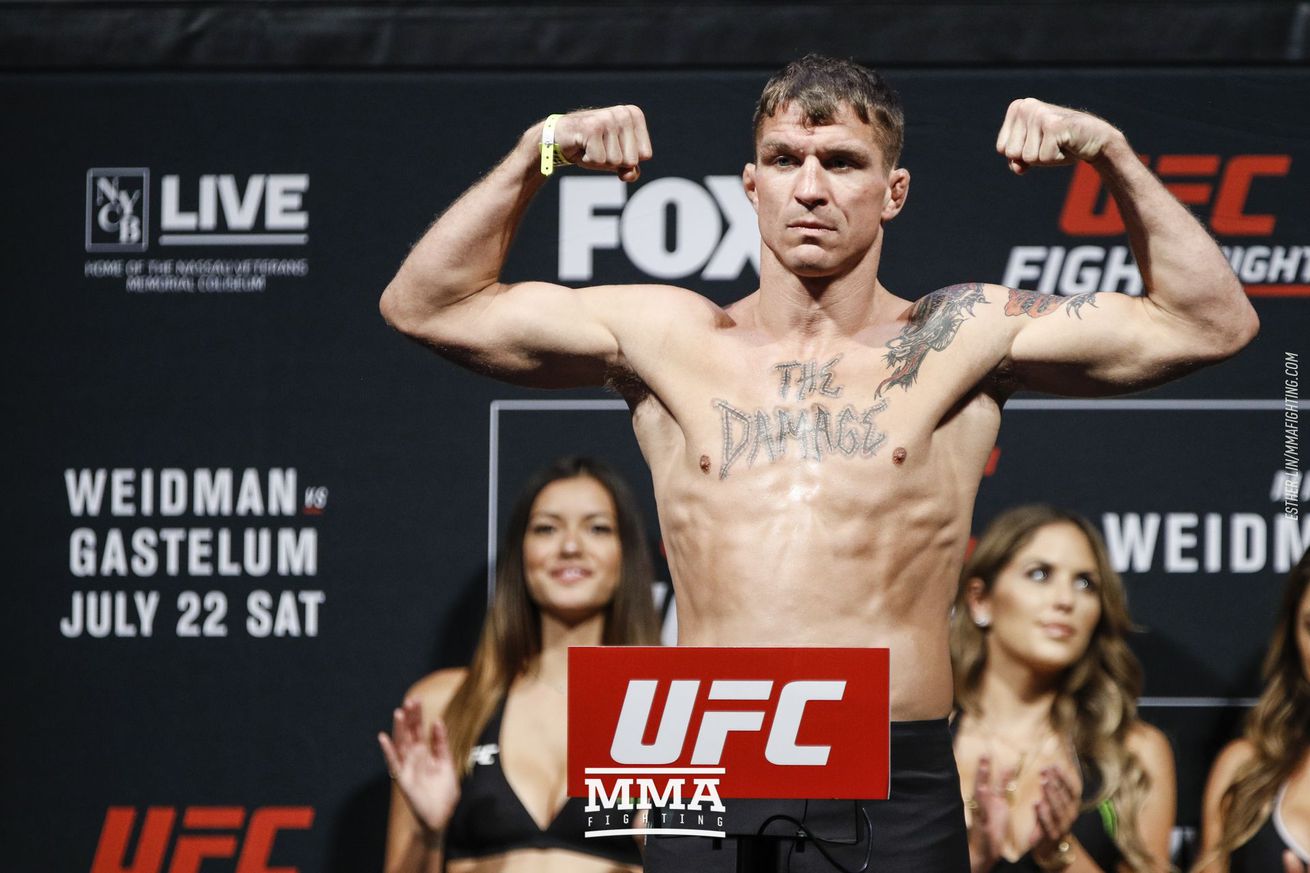 A featherweight bout is heading to Las Vegas in November with Darren Elkins facing off against Eduardo Garagorri.

Multiple people with knowledge of the promotion’s plans confirmed to MMA Fighting that the matchup will take place Nov. 7 at the UFC APEX in Las Vegas following an initial report from Combate.

Elkins is looking to get back on track after dropping his last four fights. After submitting Michael Johnson at UFC Fight Night 124 in January 2018, “The Damage” has suffered defeats to Alexander Volkanovski, Ricardo Lamos, Ryan Hall and, most recently, Nate Landwehr. The 36-year-old is set to make his 23rd octagon appearance.

Garagorri will make his third promotional appearance as he enters unfamiliar territory coming off of a loss for the first time in his career. The 31-year-old was submitted in the first round by Ricardo Ramos at November’s UFC Sao Paulo event. In his first UFC bout, Garagorri earned a unanimous decision win over Humberto Bandenay in August 2019.

The UFC’s Nov. 7 event is scheduled to be headlined by a pivotal light heavyweight showdown between former title challengers Thiago Santos and Glover Teixeira.