Darren Till has a different approach to social media than most.

The former UFC welterweight title challenger believes public figures should seek out trolls and online critics rather than turn away from them. It’s no secret MMA fighters are subject to online criticism. And although many consider it potentially toxic and unhealthy, Till (18-3-1 MMA, 6-3-1 UFC) believes there’s a good side to negative comments.

Darren Till inspired by Israel Adesanya’s ‘masterclass,’ vows to beat him ‘when the time comes’

Till, who fights in the main event of the UFC’s Dec. 5 card in Las Vegas against Jack Hermansson (21-5 MMA, 8-3 UFC), advises fighters to take in the hate and not shy away.

“My advice to anyone, listen, I’m no champion yet, but I’m at the highest level possible in MMA, I’m there, I’m on the cusp of it,” Till explained. “My advice is to take all the advice even from the haters, take everything in.

“Take the hate in. Take the advice in, bask in it. Don’t get riled by it and don’t let it affect you mentally and physically. My whole life I never gave a (expletive). Anyone who’s around me will say, ‘Till really does what he wants and doesn’t give a (expletive).

Rather than wasting time filtering the good and the bad, Till believes you should simply take it all in.

You can hear more from Till in the video above. 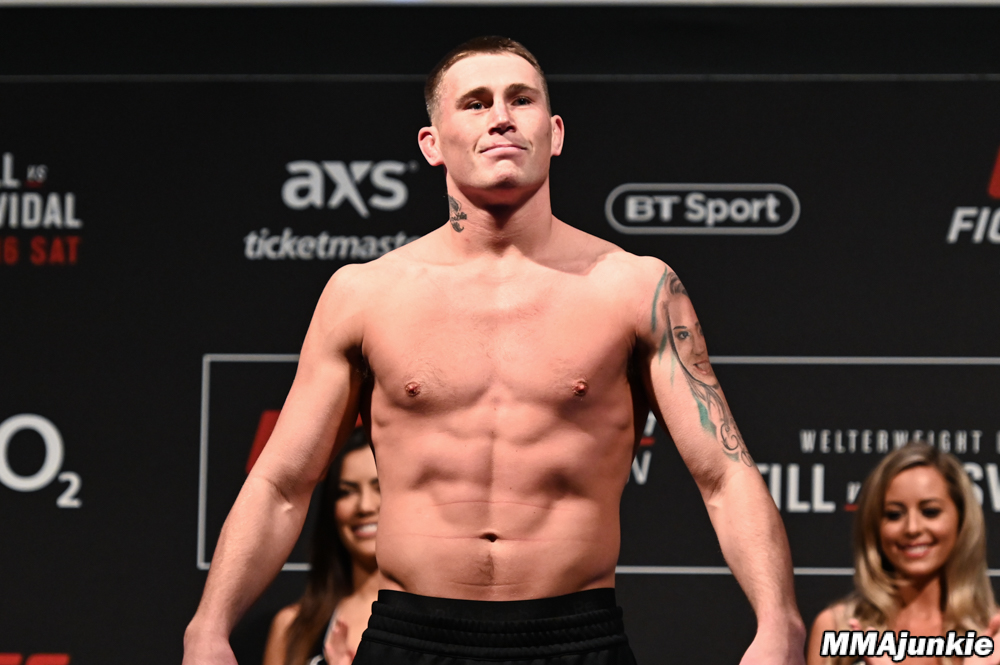