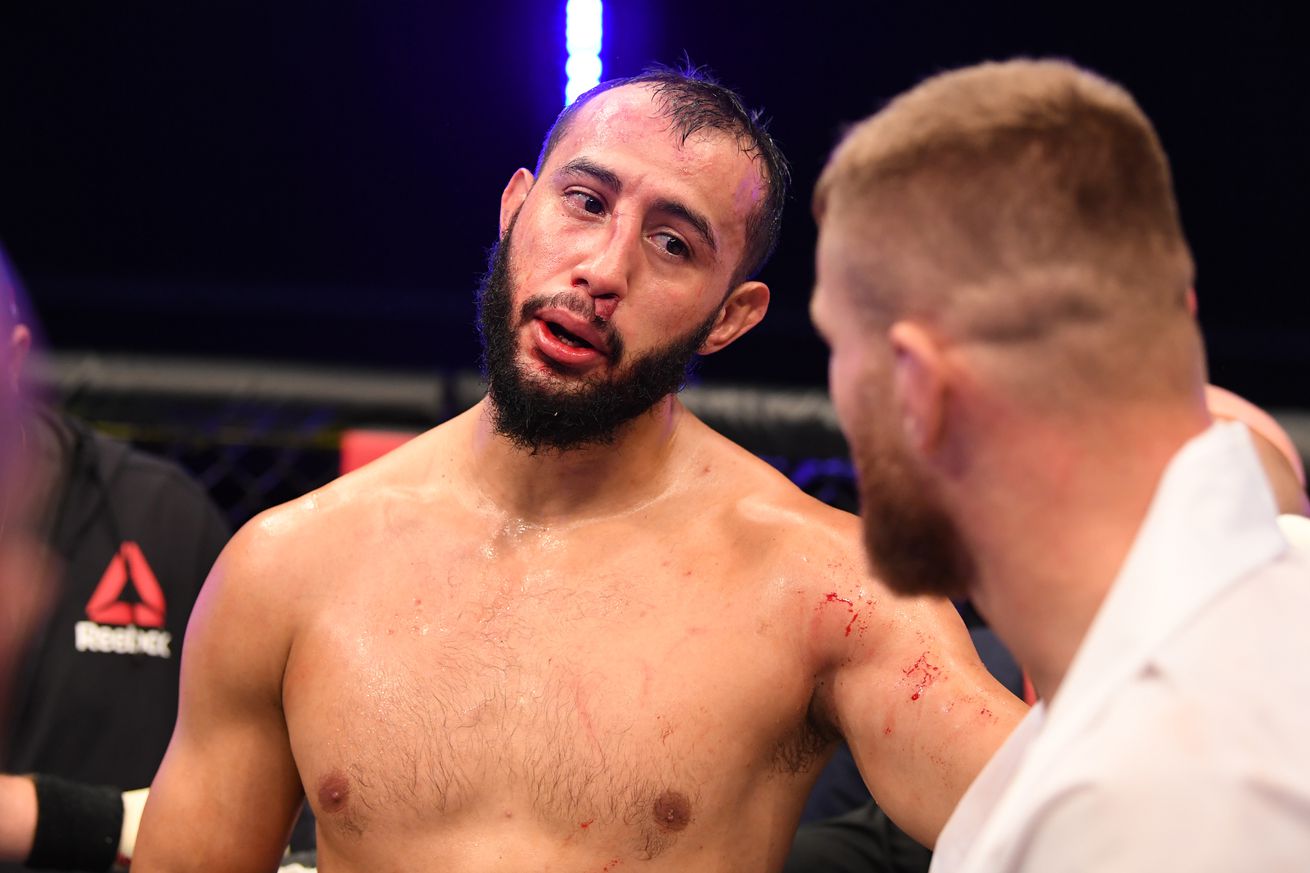 Dominick Reyes doesn’t have to think too hard to figure out what went wrong on Saturday.

The light heavyweight contender fell short in his second consecutive crack at a world title at UFC 253, losing by second-round TKO to Jan Blachowicz in the evening’s co-main event. From the start, it was Blachowicz who controlled the action and up until the fight’s finishing blows, Reyes never seemed to get out of first gear.

Reyes admitted as much in a tweet that he sent out shortly after his loss.

Well fuck! Gotta pull the trigger!!! Nothing left to do but get back up. Congrats to Jan, hell of a performance. #UFC253 #justgettingstarted

“Well f*ck!” Reyes wrote. “Gotta pull the trigger!!! Nothing left to do but get back up. Congrats to Jan, hell of a performance.”

According to UFC Stats, Reyes landed 21 strikes on 51 attempts in just under 10 minutes of in-cage action. He was nearly doubled up by Blachowicz (41 of 89) and his output was a far cry from the fiery effort he put forth when he challenged Jon Jones for the light heavyweight title at UFC 247 in February. Reyes lost that fight by unanimous decision, though a significant contingent of media and fans believed Reyes deserved the win.

On Saturday, there was no doubt that Blachowicz was the better fighter. Reyes has now lost two consecutive fights after beginning his career 12-0.

Not all gods lessons feel good. Thank you to @danawhite @ufc for the opportunity. Thank you to my team and all my supporters I’ll come back stronger and better @mcec_wellness @zignummezcalusa @toyotires @manscaped . I love this game and will continue to grow. Much love and huge congrats to Jan hell of a performance! #ufc253 #rebuild