Edson Barboza thinks he’s been the model UFC fighter for more than a decade. Now he wants to be compensated for it.

Barboza (21-9 MMA, 15-9 UFC), a long-time UFC lightweight contender who has recently moved down to featherweight and become a player in that division, has one fight remaining on his current contract after beating Makwan Amirkhani earlier this month at UFC on ESPN+ 37. Barboza has been with the promotion since debuting in his seventh professional fight in November 2010, and he’s been a relevant name for the overwhelming majority of that time.

The Brazilian has produced more than his fair share of memorable knockouts and fights over nearly a decade inside the octagon, but at 34 and with a pivotal moment on the business side of his career imminent, Barboza said he knows his priorities.

“I see a lot of guys that start signing right now with the UFC and make a lot more money than me,” Barboza told MMA Junkie on Friday. “I work for UFC for 10 years. I have 24 fights in UFC. I have 10 bonuses. That’s crazy, if you think about that. Something’s wrong. I was very happy. Very happy with my job, very happy with UFC and everything, but right now I have to see what’s best for me and my family.”

Barboza is understanding of both sides of the argument. He’s produced some meaningful wins inside the octagon, but he’s also lost in some crucial moments. He’s been places in title eliminators, main events and a variety of marquee matchups, and sometimes it hasn’t gone his way.

The overall body of work has Barboza confident in his request for a raise, though, and if the UFC doesn’t give it to him, he’s sure that someone else will.

“I love everything I have in my life that UFC has given to me and my family,” Barboza said. “I’m so thankful for everything. But I need to see who is the best for me and my family right now. Let’s see. I’m very excited to see what’s going to happen in the next step of my career. One thing I know: I’m good. I’m a really good fighter. I always put on a show. I always do a good show. I do everything right. I never miss weight. I train hard. I have 24 fights in UFC. Tell me one fight that you thought was boring? I always put on a good show, and I think I deserve a lot more. For sure. I really deserve a lot more. Let’s see what happens.

“I’m very excited to see what will happen in my future. If I will stay in UFC, I’m going to stay very, very happy. If I sign with another show, I’m still happy because I really love my job. Wherever I go I will be very happy and always give my best. … I was happy. I was really happy with everything in the UFC. But I really deserve more. Look at everything I give for UFC. I never pull out of a fight. Niney-nine percent of my fights, I get hurt, and like I said, if I stay in the UFC thank God. I love fighting in the UFC. But if I see another show, and the opportunity is going to be better for me and my family, I’ll go to another show. That’s it.”

If the UFC can’t come to terms with Barboza on a new contract before he completes his next fight, he wants a big name in that final bout to prove his worth. He thinks a top name at 145 pounds would be a good fit, and in that moment he can show that he deserves his request.

Photos: Edson Barboza through the years 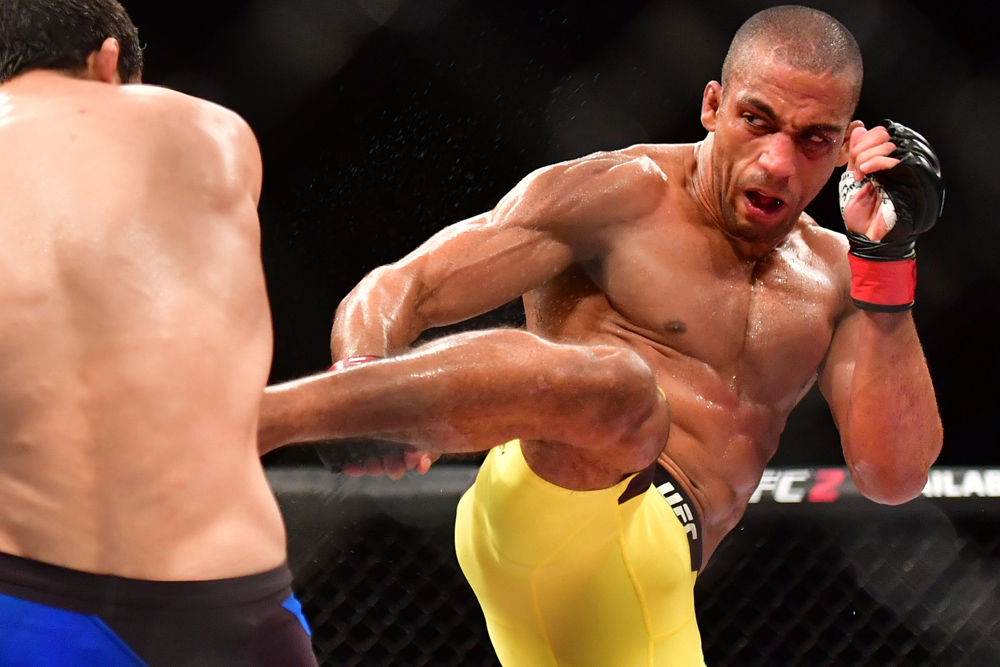