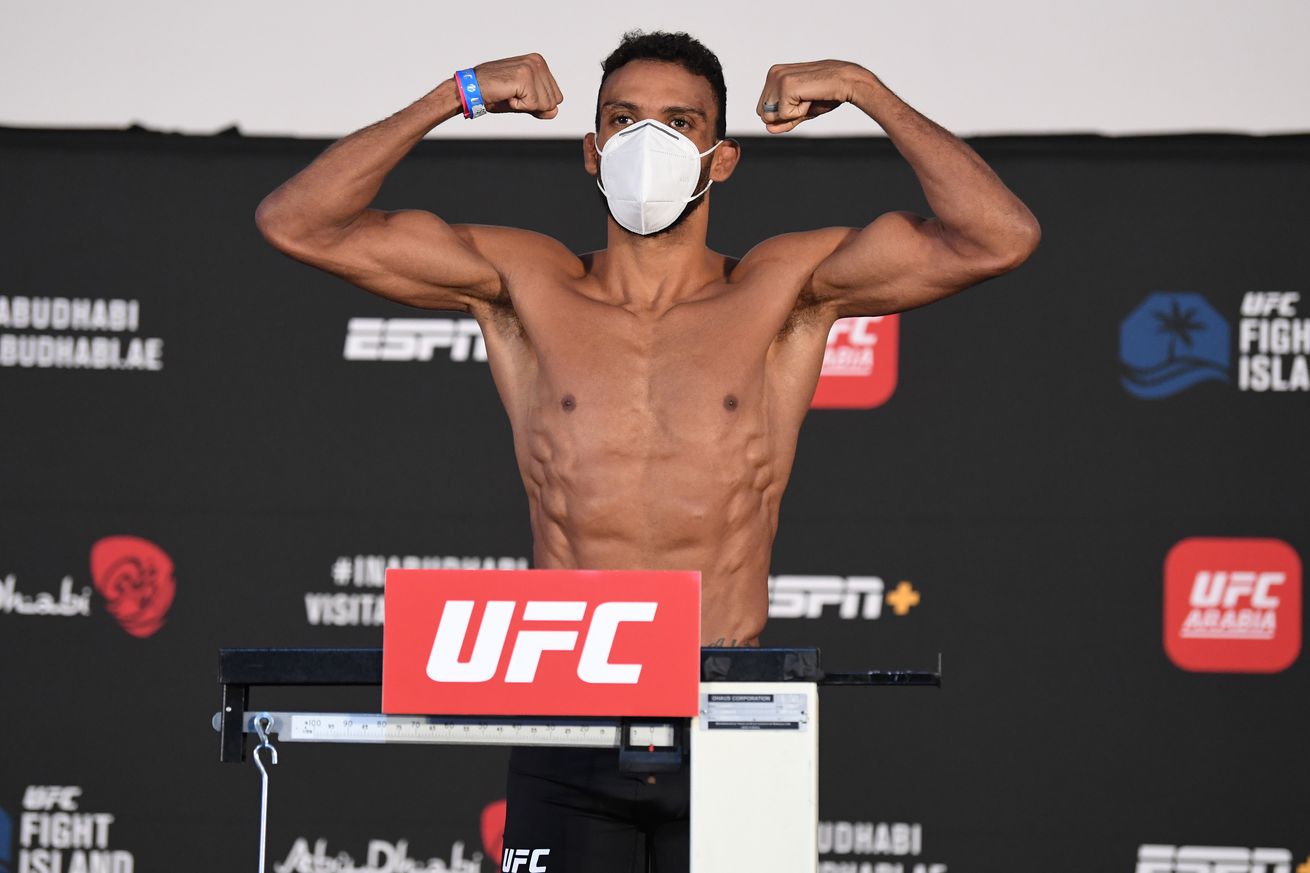 Edson Barboza looks for his first win as a featherweight against Makwan Amirkhani in Abu Dhabi. | Zuffa LLC

Edson Barboza doesn’t think it’s fair that he’s on a losing skid ahead of UFC Fight Island 5, but that won’t change the fact he in desperate need of a victory on Saturday.

The Brazilian striker has gone winless in the octagon since a third-round finish over Dan Hooker in Dec. 2018, a stretch that includes a quick defeat to Justin Gaethje and controversial split decisions in bouts against Paul Felder and Dan Ige. As he makes his return to the UFC against Makwan Amirkhani, co-headlining Saturday’s event in Abu Dhabi, Barboza promises a vintage performance.

“Knowing that you won but your record showing a loss, that honestly doesn’t feel good,” Barboza said in an interview with MMA Fighting. “But, at the same time, I understand that it’s in the past. It’s in the past, and it has made me more motivated not to go the distance again because (judges) can make mistakes again. That has motivated me. God willing, I won’t let it go to the judges’ hands this time because I don’t want to go through this again. It sucks, man.”

Barboza has changed a few things in his training ahead of his return to competition to avoid close calls, and the main switch was in his mindset. In hindsight, the American Top Team featherweight believes he lacked a killer instinct in some moments, especially against Felder and Ige.

“I’ve never been so motivated like I am for this fight,” Barboza said. “I was only doing the necessary in these past few years in my career. I’ve re-watched my last fights, playing close attention to it, and I was like, ‘Damn, I’m doing just enough, I could have fought a lot better.’ I look back and wonder why am I doing this, why am I not fighting my best. I understood that and put it in practice in training, and I’m sure I will put it in practice in the fight as well. You’ll see the best Edson Barboza you’ve ever seen, no doubt.

A win in Abu Dhabi is much-needed, and Barboza knows that, but he won’t let outside factors add extra weight on his shoulders. The experienced Brazilian, who has gotten to a point of requesting his release from the UFC earlier this year, is aware that his job could be on the line depending on what happens Saturday.

“I think everyone that has a job has the job on the line,” Barboza said. “You could be fired at any moment, and I’m no different, but I know I’m a great employee and I know my value. It won’t a problem if I get cut one day. If the UFC cuts me, I’m sure I’ll have a job in other company.

“Honestly, I don’t care about this. If the result is the opposite (of what I want), which I’m sure it won’t be, if I get cut, I know my value, I know my will and where I can get. if I leave the UFC, I’ll have a job in other promotion, no problem at all.”

To make things a bit trickier, Barboza had a short-notice opponent switch before flying to Abu Dhabi, with Amirkhani stepping in to replace Sodiq Yusuff. Barboza had to make some changes now that he’s fighting southpaw grappler, but he “I’ve never felt so good in my entire MMA career, so you can put anyone in there and I’ll go a good job.”

“He will definitely try to take me down, but this is a MMA fight,” Barboza said of Amirkhani, who tapped Danny Henry with an anaconda choke in July. “I’m well-prepared, and I’m sure he will rush to my legs for a takedown and try to grapple with me, but it won’t end well for him. … Kicks are my specialty, but I’ll unleash my game there. If I do what I’ve been doing in the gym, this fight won’t get out of my hands.”