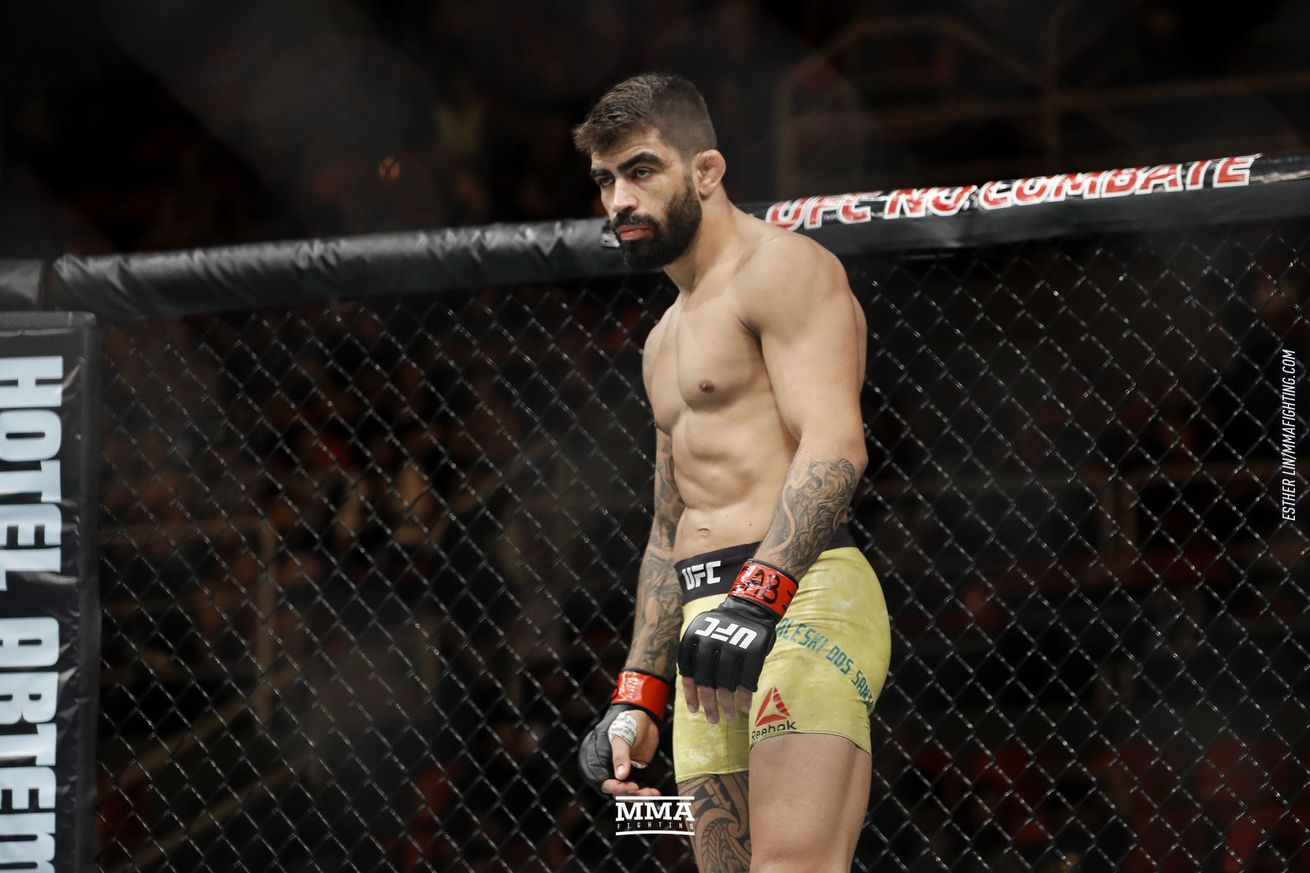 The blockbuster UFC 254 card is down a fighter.

MMA Fighting confirmed with people with knowledge of the situation that Elizeu Zaleski has suffered an injury that has forced him to withdraw from his upcoming welterweight matchup opposite Shavkat Rakhmonov on Oct. 24 in Abu Dhabi. Zaleski will undergo surgery to address the injury, which is an LCL tear in his right knee.

The news was first reported by Ag. Fight.

It is not yet known if the UFC will seek a replacement opponent for Rakhmonov. The unbeaten 25-year-old, who hails from Kazakhstan, was to make his octagon debut against Zalezki. All 12 of his pro victories have come by way of knockout or submission.

This was to be Zaleski’s third booking of 2020. He is 1-1 this year, with a unanimous decision win over Alexey Kunchenko in March followed by a split decision loss to Muslim Salikhov in July.