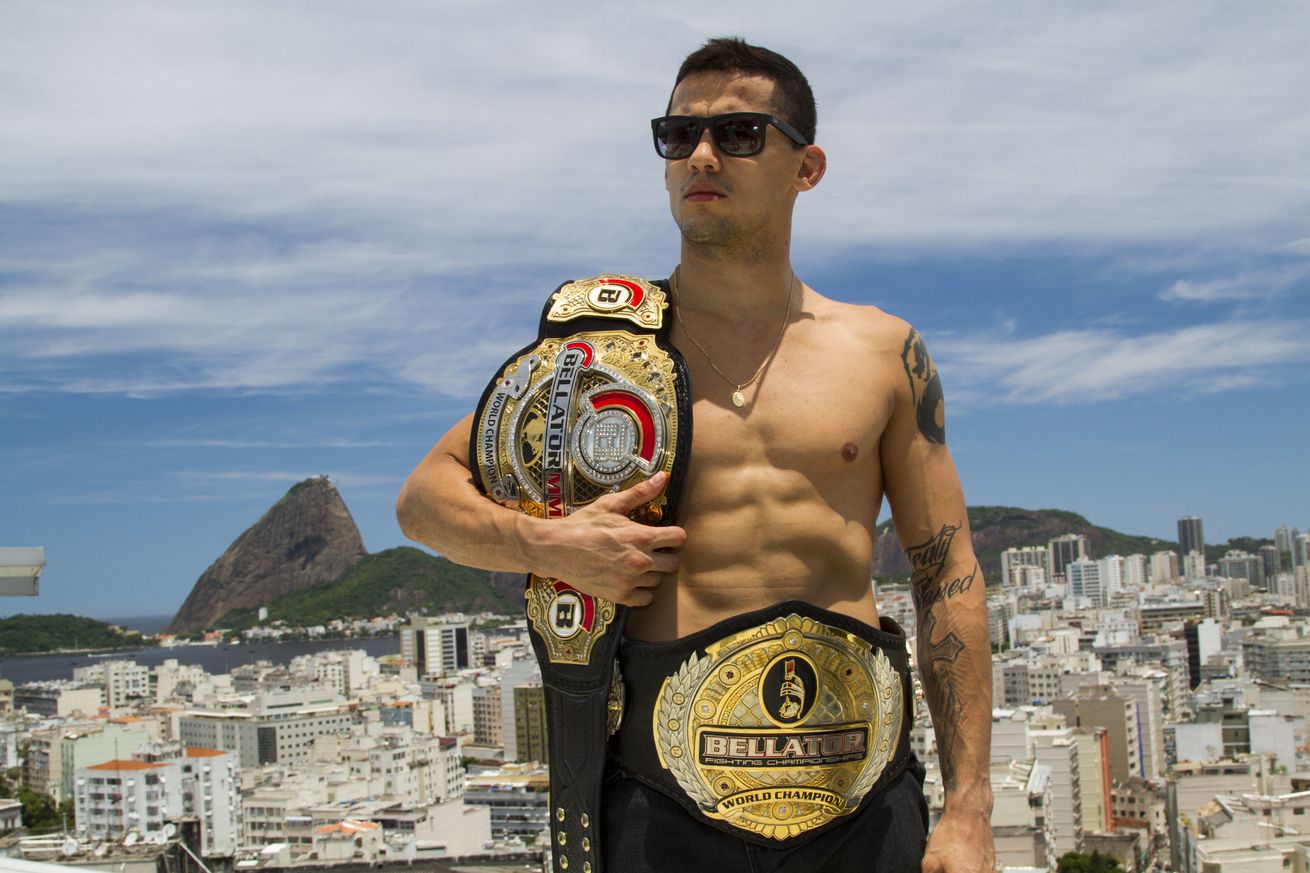 Eduardo Dantas is no longer a Bellator fighter.

The two-time bantamweight champion told MMA Fighting that his contract expired after his past bout, a featherweight loss to Juan Archuleta in June 2019. “Dudu” wasn’t aware at the time that it was the final bout of his deal, and thinks it was for the better.

“I fought in June and planned on fighting again in November or December,” Dantas said, “But I had a trip coming up, and then the coronavirus pandemic started, and that’s when I realized my contract was already over. If I were to re-sign with them, it would be for two more years.”

A Bellator talent since 2011, Dantas wasn’t interested in inking another long-term deal with the company.

“I’m 31 now, and two more years would be too long,” he said. “We decided not to sign anything and study other things. It’s time to pursue something bigger. Not only test my value (in the market), but to fly higher, see what the future holds for me. Something that makes my heart pump faster, what wakes me up early to train two or three times a day. I need to fly higher.”

Dantas joined Bellator back in the tournaments days in 2011, winning his first grand prix and capturing the 135-pound belt in just seven months. Dudu defended the title twice before losing a decision to Joe Warren in 2014, but reclaimed it two years later against former teammate Marcos Galvao.

Dantas’ title reign ended in 2017 with a loss to Darrion Caldwell, and he leaves the company with three losses in his past four bouts. His overall record stands at 21-7 with wins over Warren, Leandro Higo, Wilson Reis and Zach Makovsky.

“I’ve accomplished a lot in those nine years,” Dantas said. “I was the first Brazilian to become a Bellator champion, and then I became champion again in 2016. I did great fights there, I’ve fought every bantamweight there. I’m very grateful. I only have great things to say about Bellator for how they’ve treated me. Everything I’ve become, as an athlete and a man in Bellator, I’m forever grateful. That will serve as experience for me as I move on to wherever I go.”

Dantas says he’s already received an offer from another promotion, but wasn’t interested since it was for a featherweight grand prix. Dudu’s goal is very clear: he wants to join the UFC bantamweight class.

“There’s only one path, one thing that will make my heart pump harder and get me out of bed to work harder than ever, to use all my experience and my youth, and that’s the UFC,” Dantas said. “That’s the only path, the place where I would would desire the most.”