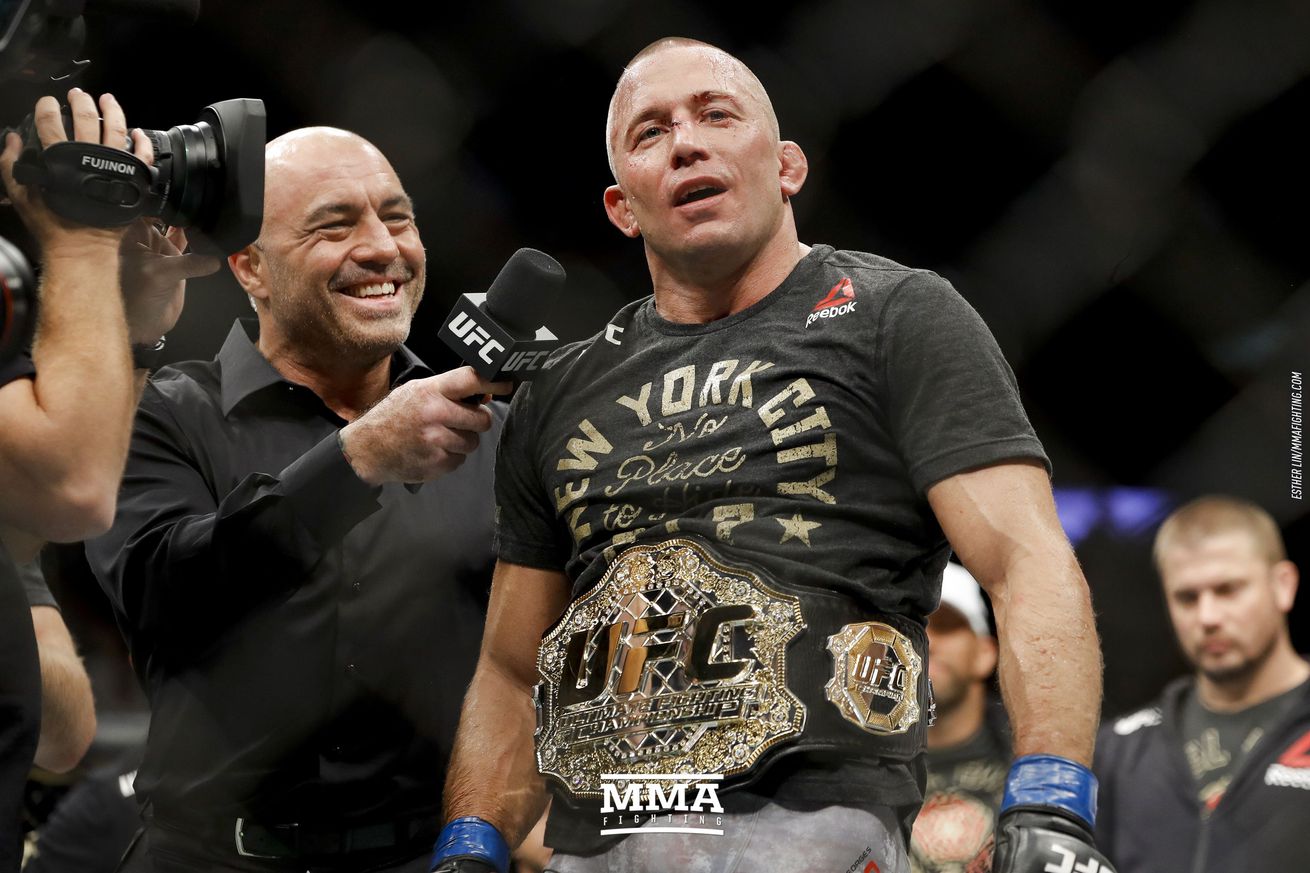 Georges St-Pierre may be retired, but that doesn’t mean he’s given up on fighting again.

The former welterweight and middleweight UFC champion hasn’t competed for nearly three years after calling it a career in 2017. But he continues to train as if he will eventually make a return to action.

At 39, the Canadian superstar knows that time waits for no one, and that’s apparently a driving force behind the motivation he’s feeling about a potential comeback.

“Why step back in, but why not step back in?” St-Pierre told TSN on Wednesday. “We only live once. So that’s the question that I’m facing now. If I have an opportunity to do it and all the stars are aligned and I don’t do it. I’ve still got it. I would say I’m still in my best years. Will I regret when I reach 50 years old? Will I tell myself I wish I had done that and I did not do that.

“It was an opportunity of a lifetime to fight a guy [in Khabib Nurmagomedov] who’s undefeated, who’s never been beat and I could have been the first. I don’t know. Sometimes I feel like, now with COVID the situation is different, but when I train, I still get it. I’m very confident. If you would ask right during training or before training, ‘hey would you like to fight again?’ I would be like ‘yeah, let’s do it. I’m down.’ Then after I go home and everything, after a hot shower then you go home, things calm down and the adrenaline calms down and you ask me would you like to fight and I’m like I don’t know, I’m not sure about it. I’m good where I am. I’m comfortable. I’m satisfied. Satisfaction for an athlete is the death. You’re done. You’re finished when you’re satisfied.”

Prior to his retirement, St-Pierre had attempted to book a fight against Nurmagomedov, who is the defending UFC lightweight champion. The conversation with the promotion never seemed to go very far, however, which ultimately led to him making the decision to hang up his gloves.

As of now, he admits that it would take a lot for him to decide to fight again, but St-Pierre is still leaving the door open if the opportunity to face Nurmagomedov came back around again.

“In order to come back, I’m in the mental state where I’m not sure,” St-Pierre said. “The stars would need to be all aligned perfectly. More than two years ago, it’s already almost three years, we tried to make the fight with Khabib. I wanted to go all in. I was ready for it. Anything goes. I was all in. Now things have changed. Three years have gone by, COVID and all that, I kind of let go of the idea of coming back to fight. You know what I mean?

“So I would need to put me back in a different warrior mode. Cause when I fight, my brain doesn’t function the same way than when I’m in normal life. Maybe it’s because of my obsessive compulsive thing that I’m so focused on it like nothing else matters. I’m only focused on one thing and it’s to win and what I need to do to win. I need to achieve it and do it at all costs. I need to rewire myself if I get to fight again.”

One of the biggest obstacles that kept St-Pierre from landing the fight with Nurmagomedov the first time around was the UFC’s unwillingness to book him in a lightweight title bout knowing that even with a win, he would likely vacate the belt and retire again.

That would undoubtedly create chaos in the 155-pound division, but St-Pierre might have the perfect solution. While he’s said that getting down to lightweight is possible, he could see a catchweight scenario where both he and Nurmagomedov are forced to sacrifice something in order to level the playing field.

“There’s a lot of infrastructure problems in the weight class,” St-Pierre explained. “He’s fighting at 155. I know I can go at 155, but the problem is now I’m 39. Three years have passed [since my last fight]. I haven’t cut weight for a long time. If I go down to 155, my performance will be compromised. I know Khabib is the same size as me, he’s maybe bigger than me when he’s off season. I never got up to 200 [pounds]. I’m at 185. So that turns to his advantage if we cut more weight, he’s able to bounce back more than I am. He’s used to it.

“I’ve never been a fan of cutting weight. Even when I was a welterweight, I was 185. Most guys are much bigger than 185. But that’s one of the things in the principles of the art of war. Know the terrain. I don’t know. I’ve never fought at 155. He knows. I believe to make it fair we need to fight in a place where we’ve never been, both of us. That would have to be a condition to me coming back if it happens.”

UFC President Dana White has largely discounted high-profile catchweight bouts in the past, so it’s not likely he would suddenly change his mind. But then again, he appeared more open to the potential St-Pierre vs. Nurmagomedov fight in recent months than at any other time in the past.

It remains to be seen if the promotion will actually attempt to secure St-Pierre’s services for a return or not. As for Nurmagomedov, he’s preparing for a lightweight title fight against Justin Gaethje at UFC 254 on Oct. 24.