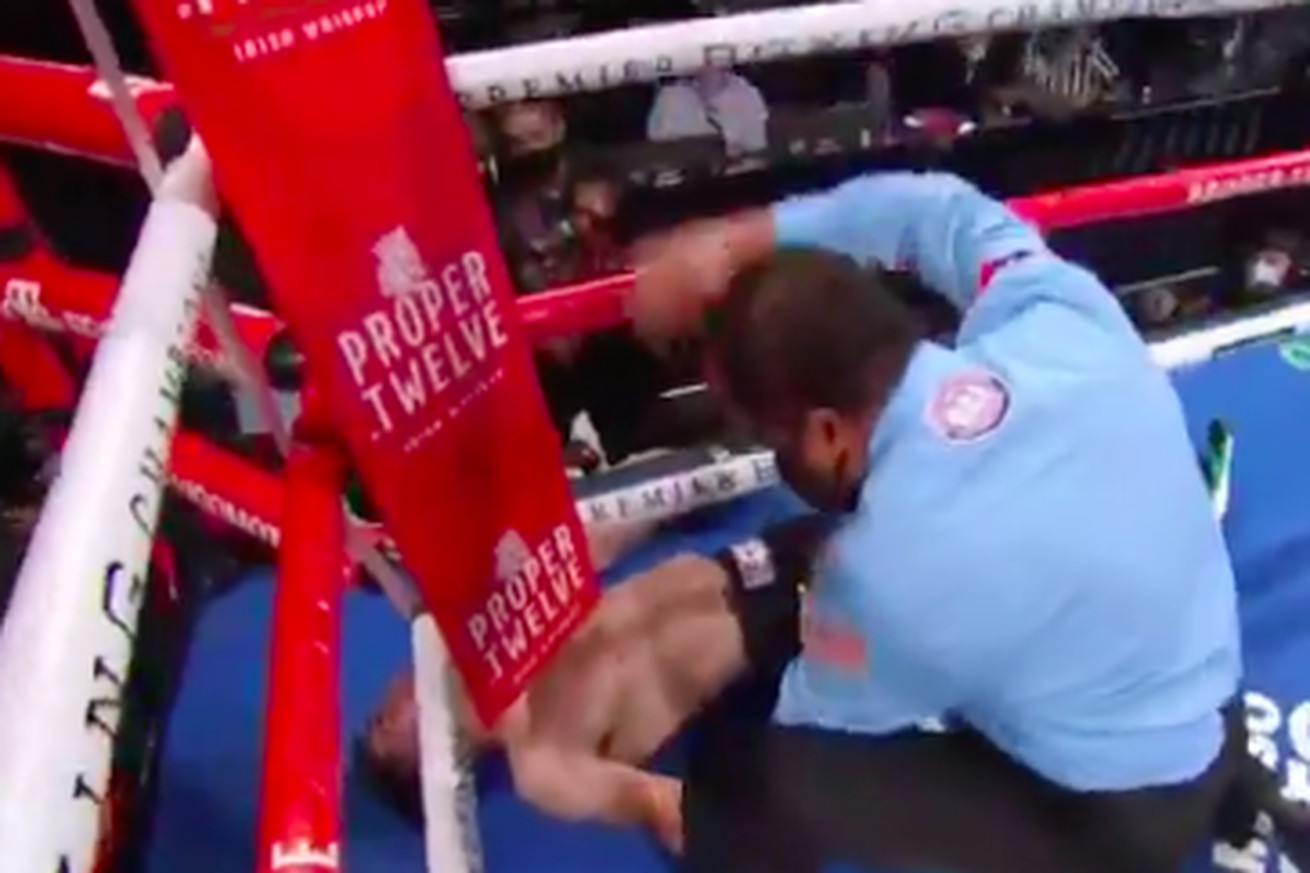 Davis vs. Santo Cruz took place Oct. 31 at the Alamodome in San Antonio, Texas. Gervonta Davis and Leo Santo Cruz collided in a title fight in the night’s main event, which aired live on Showtime. Catch more video highlights below.

Main event time. @leosantacruz2 makes his way to the ring.

Check out Conor McGregor’s reaction below.

My lord! What a vicious uppercut that was. Praying for the health and safety of Santa Cruz there. The young man “Tank” Davis has some serious venom in that back hand shot. Incredible!@ProperWhiskey fight night

For more on Davis vs. Santo Cruz, check out live blog from Bad Left Hook.

Round 2: Santa Cruz stalks forward slowly and throws a right hook that partially lands on Davis. Santa Cruz throws a combination that mostly misses. Uppercut from Davis lands. Davis steps back as he tries to walk Santa Cruz into something big. Jab lands for Santa Cruz. Davis misses on a couple of counters that fall short. Now Davis slams Santa Cruz to the canvas and gets a warning from the referee. Santa Cruz walks forward and Davis throws a left hand but Santa Cruz responds with a flurry of punches that don’t land all that clean but make an impression. Straight left lands for Davis. Good round for Santa Cruz. Santa Cruz 10-9, 19-19.

Round 3: Davis falls short on a jab. Santa Cruz stalks forward but isn’t being reckless with his offense which is working in his favor. Davis in the corner and Santa Cruz measures with a jab but Davis lands a uppercut. Left hand lands upstairs for Santa Cruz with Davis along the ropes. Right hand from Santa Cruz misses and Davis pivots out the corner. Davis falls short on two jabs to the body. Davis misses on a jab but ducks a couple counters for Santa Cruz. Davis starts pressing forward not and lands a left hand upstairs, then one to the body. Hard left to the body lands again for Davis. Jab lands for Davis again. Santa Cruz lands a counter uppercut to the body. Close round, I’m going to ever so slightly edge this one to Davis. Davis 10-9.

Round 4: Davis jabs but has it blocked. Santa Cruz misses on a few of his own jabs. Both fighters end up in a clinch at center ring. Santa Cruz lands a good hook to the body. Davis comes back and misses on an uppercut. Uppercut and hook lands well for Davis. Both fighters trade and both land on one another! Santa Cruz is trading with Santa Cruz right in the pocket and is standing his ground pretty well so far. Left to the body lands well for Davis, Santa Cruz comes back with a jab. Another body shot lands for Davis but the referee warns them they strayed low. Davis comes forward and Santa Cruz tries to meet him with a couple of punches. Left to the body lands for Davis. Jab lands downstairs for Davis this time. Santa Cruz is holding up better than I thought but I think Davis’ power shots were the difference in this round. Davis 10-9, 39-37.