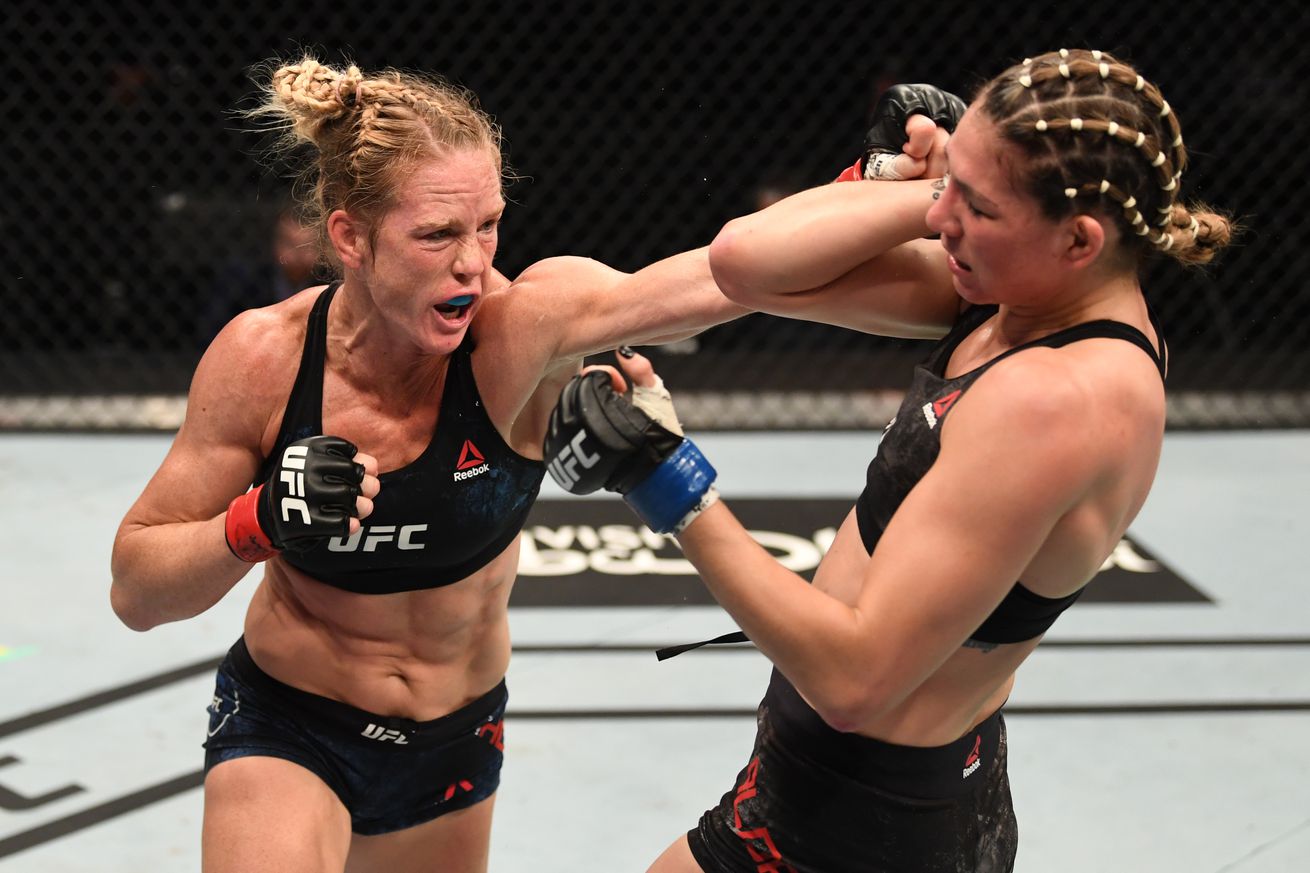 All the talk leading into the UFC Fight Island 4 main event was Irene Aldana earning a title shot with a victory but Holly Holm had plenty to say about that.

Over five rounds, the former bantamweight champion looked arguably better than she has in any fight since knocking out Ronda Rousey to win the title as Holm absolutely dominated every facet of the fight against Aldana. From striking to grappling, Holm was great everywhere while picking apart Aldana from the first second of the fight until the last.

“I always say I like to learn from my wins and not from my losses cause I learn each time,” Holm said after notching her second straight win in a row. “I’m still very green and learning so I just want to put it all together.

As much as Aldana wanted to be the aggressor on Saturday night, she was struggling to cut off the cage with Holm picking up on her footwork to time her combinations. Holm kept throwing a similar series of strikes as she opened with a kick and then quickly peppered Aldana with three or four rapid-fire punches.

While she wasn’t doing much damage, Holm was definitely controlling the exchanges on the feet while Aldana just couldn’t find her rhythm.

The same strategy continued to pay dividends with Holm clearly the more active fighter, putting together a volume striking game that kept Aldana guessing. Quick on her feet, the former bantamweight champion was forcing Aldana to chase her, which then allowed her to pick and choose the moments when she unleashed her combinations.

Holm even managed to mix in a couple of takedowns, which really started to pay off by the time the fight made it into the third round.

After putting Aldana on her back, Holm was looking for submissions, advancing her position and then battering her opponent with punches.

Knowing that she was down big on the scorecards, Aldana understood that a finish was her only path to victory but she just couldn’t catch up to Holm on the feet. Aldana was always giving chase, which then allowed Holm to pick her apart with a variety of strikes including several stiff side kicks to the body.

By the time the fight made it into the final round, Holm was in complete control and it was clear Aldana was out matched without any real adjustments made in an attempt to shift the momentum to her favor. With just seconds remaining, Holm unleashed a blistering series of strikes in an attempt to get the finish as she emptied the tank one last time but Aldana was able to survive.

When the fight ended, Holm had landed more than 100 significant strikes, which was far greater than any other performance she’s had in the UFC.

Considering the way she won, Holm will undoubtedly get mentioned as a possible title contender yet again, although a rematch against Germaine de Randamie might make more sense after both picked up victories on Saturday. For her part, Holm is just going to get back to work while waiting on word from the UFC on what comes next.

“I like to just let the future fold out,” Holm said. “I have a great team around me that worries about that and I just train.”