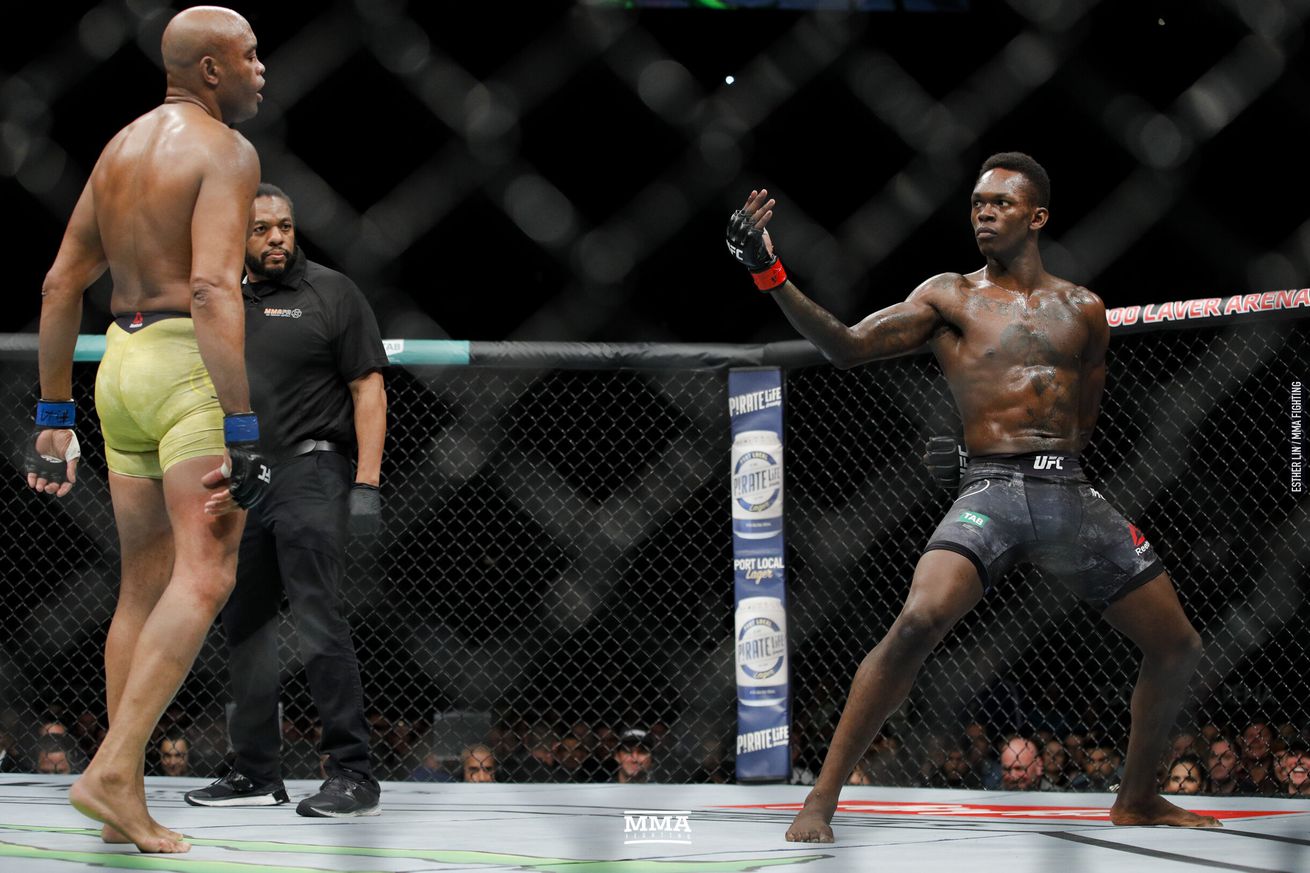 By all appearances, UFC middleweight champion Israel Adesanya is well on his way to becoming the kind of dominant presence that looms over a division through generations of fighters.

A lopsided win over Paulo Costa at UFC 253 was just the latest example of Adesanya’s talent, a talent that at the moment appears to have no equal in the octagon at 185 pounds. Jared Cannonier will test that theory, of course, when the two eventually collide, and so will Jon Jones, if and when a grudge match materializes at a heavier weight class.

So, too, will other middleweights that follow Cannonier with the intent of dethroning the king.

With great talent comes intense scrutiny. That was evident in the backlash Adesanya’s physical appearance created before and after this past Saturday’s pay-per-view event, and also in an unfortunate choice of words that drew immediate criticism and an eventual retraction.

Two of the UFC’s most dominant champions – Jones and ex-middleweight kingpin Anderson Silva – found great success under the most intense spotlights. But they also stumbled in different ways, with Jones repeatedly running afoul of the law and Silva badly failing a drug test (and failing to credibly explain it).

Adesanya may break those champions’ title defense records. How can he avoid a similar fall from grace? Three-time UFC title challenger Chael Sonnen believes the middleweight should stick with his current formula, first and foremost.

A post-fight outburst at Costa and his cornerman might have been crass, Sonnen said, but it ultimately showed the champ carries a pride that’s characteristic of fighters who don’t take success for granted.

“He seems like one of these guys, he’s with the same coach, the same team, doing the same thing as when he was just a hungry up-and-comer. He has not accepted his fate. He has not accepted his reality of being the best pound-for-pound fighter in the world. And the only constant we see when we see him fighting five times in a row is that he gets better every time. So I do think he’s a very hungry guy. I don’t think he’s going to mark out for his own gimmick like the other guys have.”

Adesanya helped turn Eugene Bareman and City Kickboxing into a household MMA name. Before UFC 253, he spoke to MMA Fighting alongside Kai Kara France, Shane Young and Brad Riddell. Although known for his showmanship and gift behind the mic, Adesanya blended in with his teammates as they spoke about the gym’s journey from little-known property to hot commodity.

“A lot of guys are just who they are and then finally they get uncovered,” Sonnen said. “That’s a real thing. I’m just sharing with you that Adesanya appears to be very hungry and he appears to have his nose down. He not only understands the game, but he’s getting better at it. You don’t just get better at something without being focused, being disciplined and working on it.”

Sonnen cites Adesanya’s second octagon bout against Marvin Vettori, a split-call win that had many questioning his hype, as an example of a fighter who’s still developing. And that can only mean a long and uninterrupted reign.

“It was a split decision and Marvin had taken him down and so everybody goes, OK, here’s the recipe to beat Adesanya,” Sonnen said. “Good kickboxer, but get him down and keep him there. So he gets taken down in his next fight a couple times, but he scrambles back to his feet. Then he goes into his Derek Brunson fight, and [Derek] is the best wrestler he’s faced so far. He never even gets taken down at all.

“So you’re seeing a guy getting better. You’re watching these kinds of improvements, and I just think it speaks a lot to him. I don’t think a guy like that is going to fall in those traps, at least not any time soon.”