In today’s MMA landscape, it’s not uncommon to see Hispanic fighters thrive at the highest level, and that’s not by coincidence.

Many Hispanic fighters from Latin America can be found across all divisions in the UFC, the leading MMA promotion on the planet. Many populate the UFC’s official rankings, and some are even considered title contenders in their respective divisions.

But the growth is a recent happening. Historically, Latin America has had little representation in high-level MMA outside of Brazil, which has been a powerhouse in the sport. MMA in Latin America is far behind in strength, from both a fandom and athletic level, compared to the U.S., where it’s the strongest.

But today things are different. The UFC has witnessed a boom in Hispanic talent over the last five years. However, the growth extends beyond the natural factors that come with the development and maturity of the sport, as the UFC took initiative back in 2012 to launch a developmental program south of the border to cultivate and build talent.

“I think that was the key, the link that allowed to connect the sport between the U.S. and Latin America,” Mario Delgado, who works closely in the UFC’s Latin American developmental program, told MMA Junkie in Spanish.

“I told Dana (White), ‘Look, in Mexico fighters aren’t 100 percent professional. The champions of the leagues have to ask off work that day so they could miss a shift and fight.’ And I said, ‘I believe in order to see the full potential of our martial artists there, they need to be dedicated 100 percent, and they can’t worry about how they’re going to pay rent, and they need to have access to the best coaches in the world.’

“And something Sean Shelby said: He said, ‘They need to be in contact with champions because being in contact with a champion, they’ll see that they’re not a people who made it differently. They’ll see they’re the same, and it’s just that work, that daily sacrifice.’”

The UFC developmental program is no longer operating with the same strength it did originally. After the UFC sale in 2016, the program halted certain functions. However, the UFC is still enjoying the fruits of its labor done in the initial stages of the program.

Over the course of several years, the UFC scouted for Hispanic talent across Latin America. The first run came in late 2012, when they did a preliminary selection and then tested and picked the most promising talent to join the development program.

“The first time the UFC came to Mexico and Latin America, they asked me to do a casting, but they couldn’t give me their support from a brand standpoint because they didn’t really know me,” Delgado said. “So it was going to be a test, but Sean Shelby was going to come, and he was going to do a selection of talent. That was some time before ‘The Ultimate Fighter (Latin America, Season 1).’”

Through social media, Delgado promoted the first casting done for the developmental program. To his surprise, more than 150 fighters made it to the tryouts including a young man by the name of Yair Rodriguez, who had driven close to 20 hours south to Mexico City. Rodriguez, along with several others, slept outside of Delgado’s jiu-jitsu academy in Polanco waiting for the tryouts.

“I found out through social media. I remember very well reading a post that said, ‘UFC is coming to Mexico, casting for fighters,’” UFC bantamweight Alejandro Perez said in Spanish recalling the moment he heard about the tryouts for the UFC’s development program. “You just needed six fights on your record that were registered on Sherdog. There was going to be a casting, and you needed to come ready for anything.” 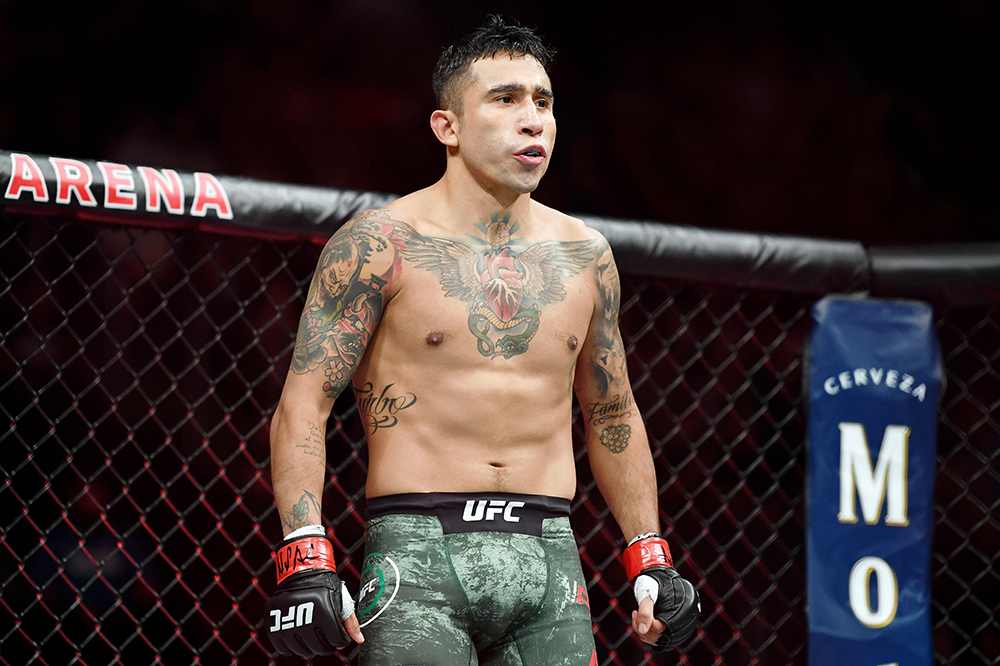 Perez was one of the best fighters in Mexico at the time, and like many fighters, his dream was to make it to the UFC. A month out from the tryouts, Perez quit his job at Costco to make sure he only focused on training, so he could be as prepared as possible for the opportunity of a lifetime.

“I heard rumors that the casting was going to be one 10-minute round of grappling and two minutes of training on the Thai pads, and from there they were going to choose eight fighters that were going to have a scholarship to Albuquerque at Jackson Wink,” Perez said. “At the time, that was the No. 1 gym in the world, and they were going to give you $1,200 a month. I had two jobs at that time, I was teaching at an MMA gym, and I was working at Costco.”

UFC bantamweight Guido Cannetti flew all the way from Buenos Aires to Mexico City for the tryouts. He found out about the program through a fan who had contacted him through Facebook.

“So I got the details, I sent an email with my record and some YouTube links to my fights,” Cannetti recalled. “From that, they told me, I could go to the casting. I think from all Latin America around 200 people showed up. In that tryout, we did grappling starting from our knees and then we hit pads. And form that, I was picked. At first they were going to choose just eight, but they ended up choosing 12 fighters.”

Cannetti, along with now current UFC fighters Gabriel Benitez, “El Pantera” Rodriguez and nine others, were the first batch sent to the U.S. to train for free.

“Everything was paid for,” Cannetti said. “They would send us $1,200 a month from what I remember. We would live in the gym (dorms), and we would train every day, two or three times a day.”

The travel to the U.S., along with the housing and training, was all paid for by the developmental program. The monthly stipend of $1,200 was to cover food and any other day-to-day expenses. Cannetti and a few others put that money to good use.

“We didn’t have transportation, but after some time, when I won a bit of money, we bought a car between Henry Briones, Alvaro Herrera and myself,” Cannetti said. “We bought a car, but the first few months ‘Cowboy’ Cerrone let us borrow a truck, and it was 12 of us on that truck going around Albuquerque. Imagine 12 of us in a truck; it was nuts.” 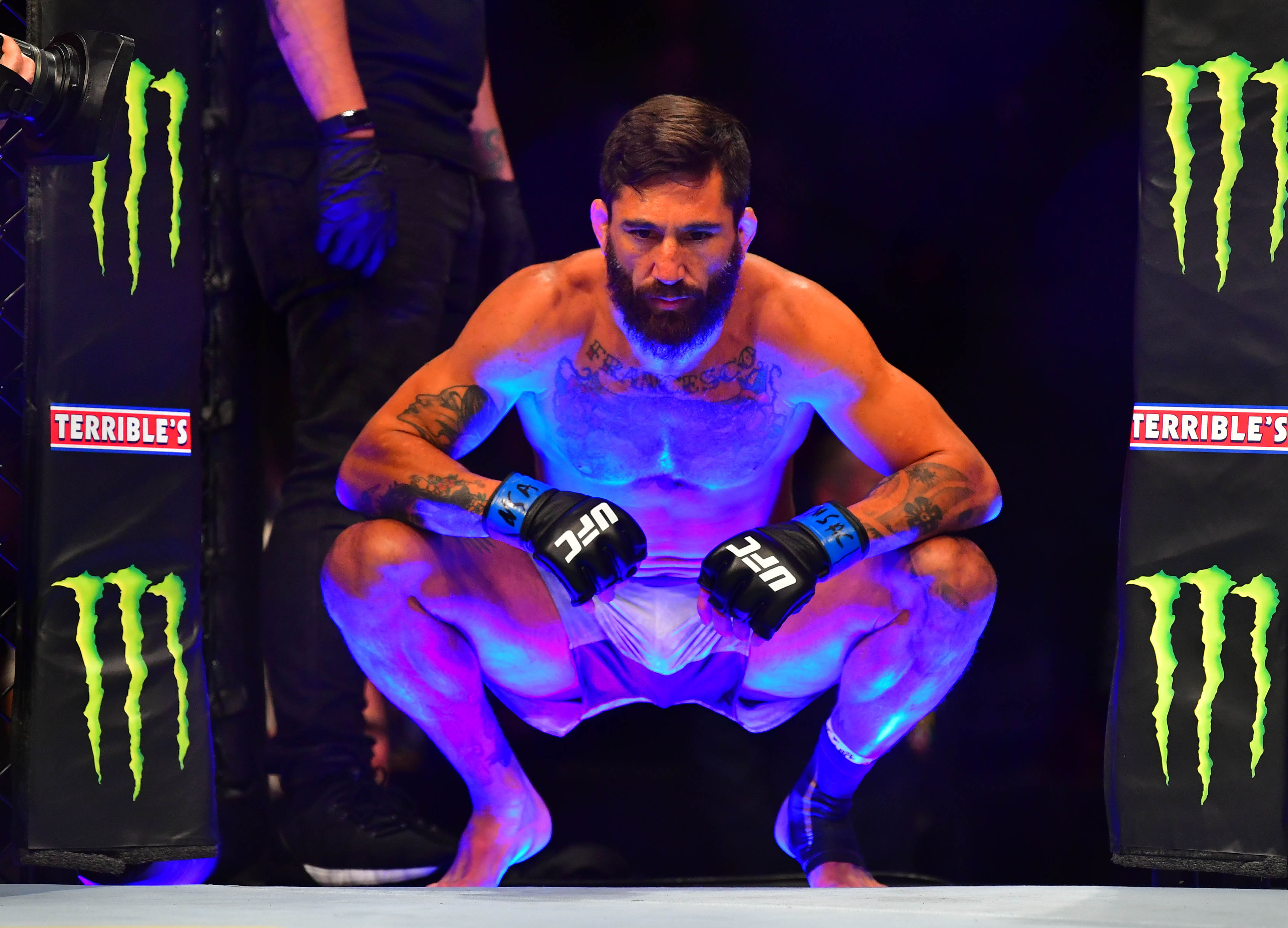 “The Ultimate Fighter: Latin America” ran from 2014 to 2016. It had a total of three seasons. The show paved the way for many Hispanic fighters to earn contracts and enter the UFC.

The UFC’s developmental deal was a pivotal aid for Latin American fighters looking to up their level and get in the big leagues, something that’s hard to do from within their countries where’s there’s little MMA resources.

“For my development as a fighter it was amazing,” Cannetti said. “The thing is that after some time, I realized the level I had because we had never trained with world-class fighters.

“A few months into it, I was training full force, training like if it was a training camp for an entire year. And if you weren’t training or not up to par, they’ll send you home. So we couldn’t stop training, we couldn’t miss the sparring. It was a tough year, but we improved a lot.”

The UFC’s efforts in talent development in Latin America, selecting and sponsoring fighters to go train in the U.S., ran from about late 2012 to 2016. That specific part of the program came to a halt when the UFC was sold to Endeavor for $4 billion back in summer of 2016.

Cannetti, who greatly benefited from the development program, thinks it would be very good for the development in Hispanic America to bring back the fighter sponsorship – even if it’s for a shorter timeline.

“Yeah, it would be very good to test fighters not in fights, but test them in gyms training even through it has nothing to do with fights,” Cannetti said. “I think three months, four months is good. That way they see what they have, what they don’t have, and learn those things. See if the fighter has the conditions for fighting. I don’t think six months or a year is necessary.”

Although things are different now, the promotion hasn’t stopped from investing in Latin American talent. The UFC still keeps an eye on the region and tests fighters using a different method, spotting talent and sending them to Dana White’s Contender Series.

“I suggested to run a local league or have a partnership with a local league that meets the standard of the UFC – like an Invicta FC,” Delgado said. “I do find that there needs to be an in-between space where we can test talent, have someone from Peru fight someone from Colombia, and in that process refine the best fighters.”

The UFC’s efforts in Latin America have paid off. Rodriguez and Vera are contenders in their respective divisions, “The Assassin Baby” challenged for a UFC title last month, and many other fighters have remained competitive, having long tenures in the promotion.

Since 2014, the UFC has held nine events in Hispanic countries: Six in Mexico and single events in Argentina, Chile and Uruguay.

Although Hispanics fighting out of Latin America still face many shortcomings financially, the sport has covered plenty of ground in just a span of five years. Hispanic representation is now seen more often in the UFC, and much of the talent is becoming a force at the top level.

There’s still plenty of growth ahead but Latin America continues to make its presence known in modern MMA.