ABU DHABI – The major criticism of Amanda Nunes’ reign as UFC featherweight and bantamweight champion – if you can point to one – is simply a lack of fresh and exciting competition to challenge for her belts.

Irene Aldana hopes to change the narrative by beating Holly Holm on Saturday in the UFC on ESPN 16 main event.

Aldana (13-5 MMA, 6-5 UFC) has been making a charge up the women’s bantamweight rankings of late, and a win over former UFC champ Holm (12-5 MMA, 5-3 UFC) would do wonders for her resume. Nunes (20-4 MMA, 13-1 UFC) is currently scheduled to defend her featherweight title against Megan Anderson at UFC 255 in December, and Aldana wants to be the clear candidate for the fight after that at 135 pounds.

“We’re going to give her good options at 135. We are not done, we are getting stronger and the competition is getting bigger at 135. She can still be busy at 145, so whatever she wants to do.”

After ‘being put through hell,’ Dequan Townsend keeps UFC on ESPN 16 in focus despite tragedies

UFC on ESPN 16: Make your predictions for Holly Holm vs. Irene Aldana

UFC on ESPN 16 takes place at Flash Forum at Yas Island. The main card airs on ESPN and streams on ESPN+ following prelims on ESPN+.

Aldana and Holm were originally supposed to headline UFC’s Aug. 1 event in Las Vegas, but Aldana contracted COVID-19 less than two weeks out, and the contest was postponed. It wasn’t an easy time for her dealing with coronavirus, she said, but ultimately the Mexican fighter got through it.

“I had a really bad time with COVID,” Aldana said. “A really, really bad time. I was really sick and I wasn’t able to breathe that well and I had a headache and I had a (high) temperature and all the symptoms. I was healthy and ready to fight five rounds, then with one week before I got sick. Some people get confident because they’re healthy, because they have no other sickness. But that’s not true. We have to take care of ourselves and take care of others. It was hard. I spent two weeks having a really had time with COVID.”

Although the coronavirus-related fight delay slowed the momentum Aldana build in a breakthrough 2019, where she closed with an upset knock out  Ketlen Vieira at UFC 245 to elevate her into that matchup. It’s been several months since then, but Aldana said she is still confident. 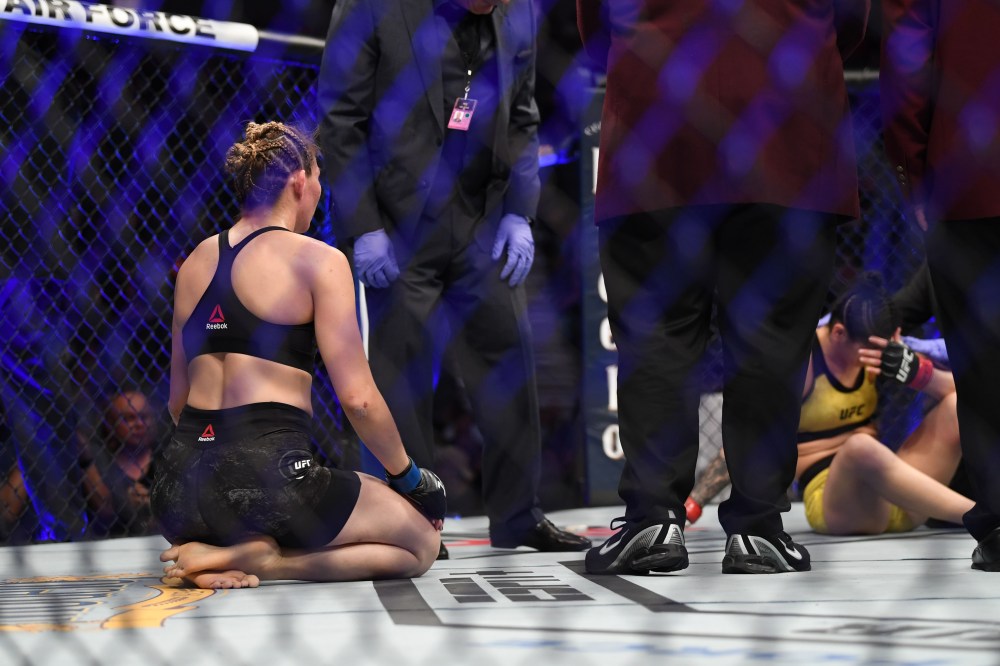