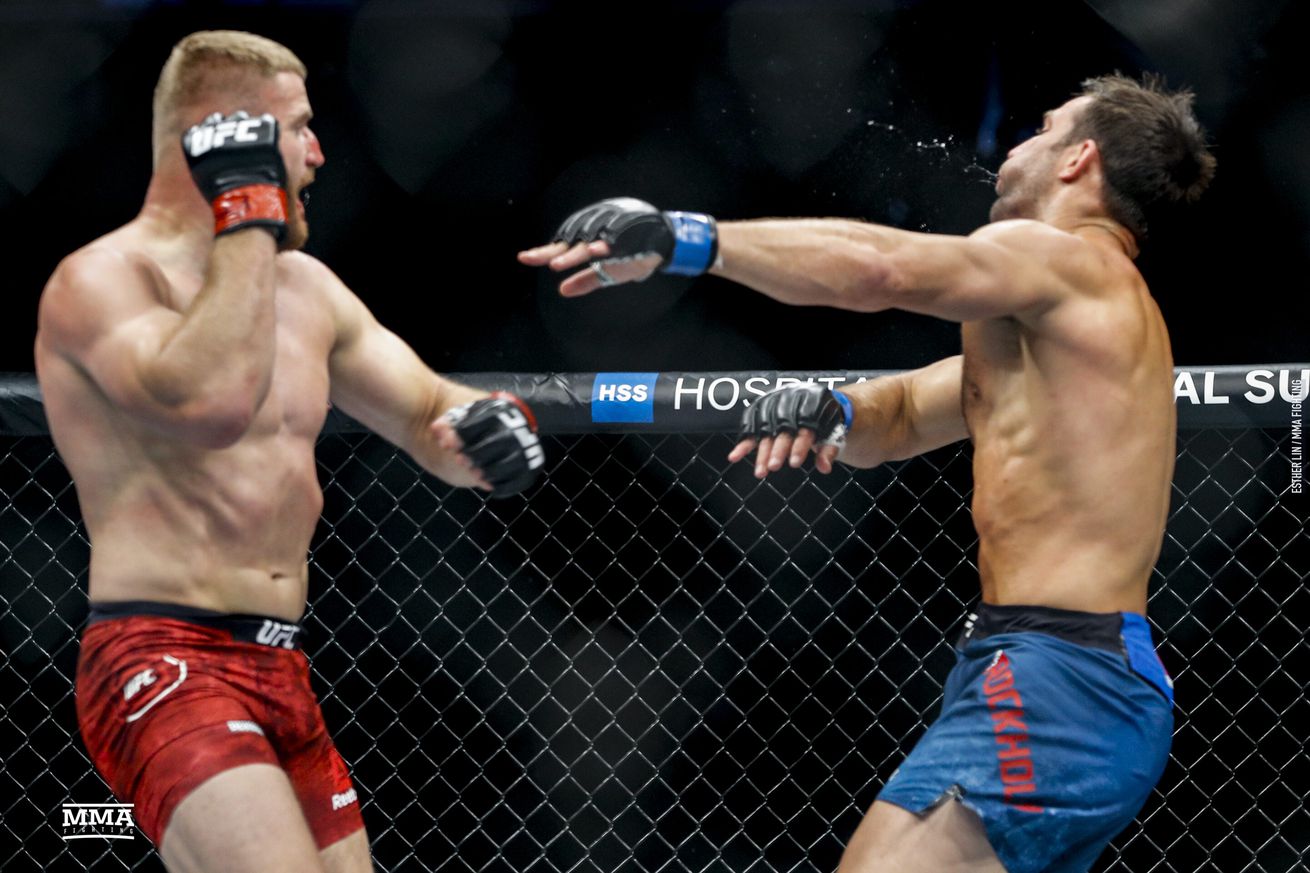 Jan Blachowicz definitely didn’t follow a straight line to the UFC light heavyweight title after signing with the promotion in 2013.

The Polish veteran endured a roller coaster ride of high-profile wins and several difficult losses, emerging with a 3-4 record in his first seven fights in the UFC. Just when it looked like he would put together a winning streak that could potentially earn him a title shot, Blachowicz suffered a knockout loss courtesy of Thiago Santos in early 2019.

Now riding a three-fight win streak including knockouts over Corey Anderson and Luke Rockhold, the 37-year-old contender isn’t taking the opportunity to compete for the light heavyweight title at UFC 253 for granted. In many ways, Blachowicz knows this might be his one and only opportunity to finally become UFC champion and he’s certainly not going to waste it.

“I think right now is my moment,” Blachowicz told MMA Fighting. “Now is the time. I will take the belt. Nobody will stop me. Dominick [Reyes] will not stop me. I know he’s a really great fighter, but it’s my time.

“I cannot f**k this up. It’s something that I worked for all my life. Finally, I got the chance to be the best in the world. I believe this is my time.”

As much as Blachowicz has wanted to fight for UFC gold over the past seven years, the culmination of everything leading to this moment almost feels like fate.

He’s been forced to fix mistakes that cost him in past fights and reconnected with his head coach Robert Jocz, who played a pivotal role while going 7-1 in his past eight appearances.

All of that gives Blachowicz the confidence he’s not only ready to become champion, but he’s prepared to face whatever Dominick Reyes could possibly throw at him on Saturday night.

“I know that he’s a really great kickboxer, but I’m also good in standup,” Blachowicz said. “I’m not afraid to fight standup against Dominick. I’ve got really good sparring partners, who are really similar to him. So I’m not afraid to stand with him, but of course, if I have an opportunity to take him down, I will do this. I think I will find a way to knock him out and I will try it.

“I believe that I’m a better fighter in every part of the game. If something goes wrong in standup, I can take him down. If he has a problem in standup and takes me down, no problem, I have jiu-jitsu. I’ve got great jiu-jitsu. So I’m not afraid of this game. Yes, I believe I’ve got more weapons, and it’s going to be key to win this fight.”

For Blachowicz, it doesn’t matter much if he puts Reyes away just seconds into the opening round, or if he’s forced to dig deep to win a decision – he just wants to leave the cage as champion.

That said, in a perfect world, Blachowicz has already played out this fight in his head millions of times, and he can already envision how he’ll finish Reyes to get his hand raised to claim the UFC light heavyweight title.