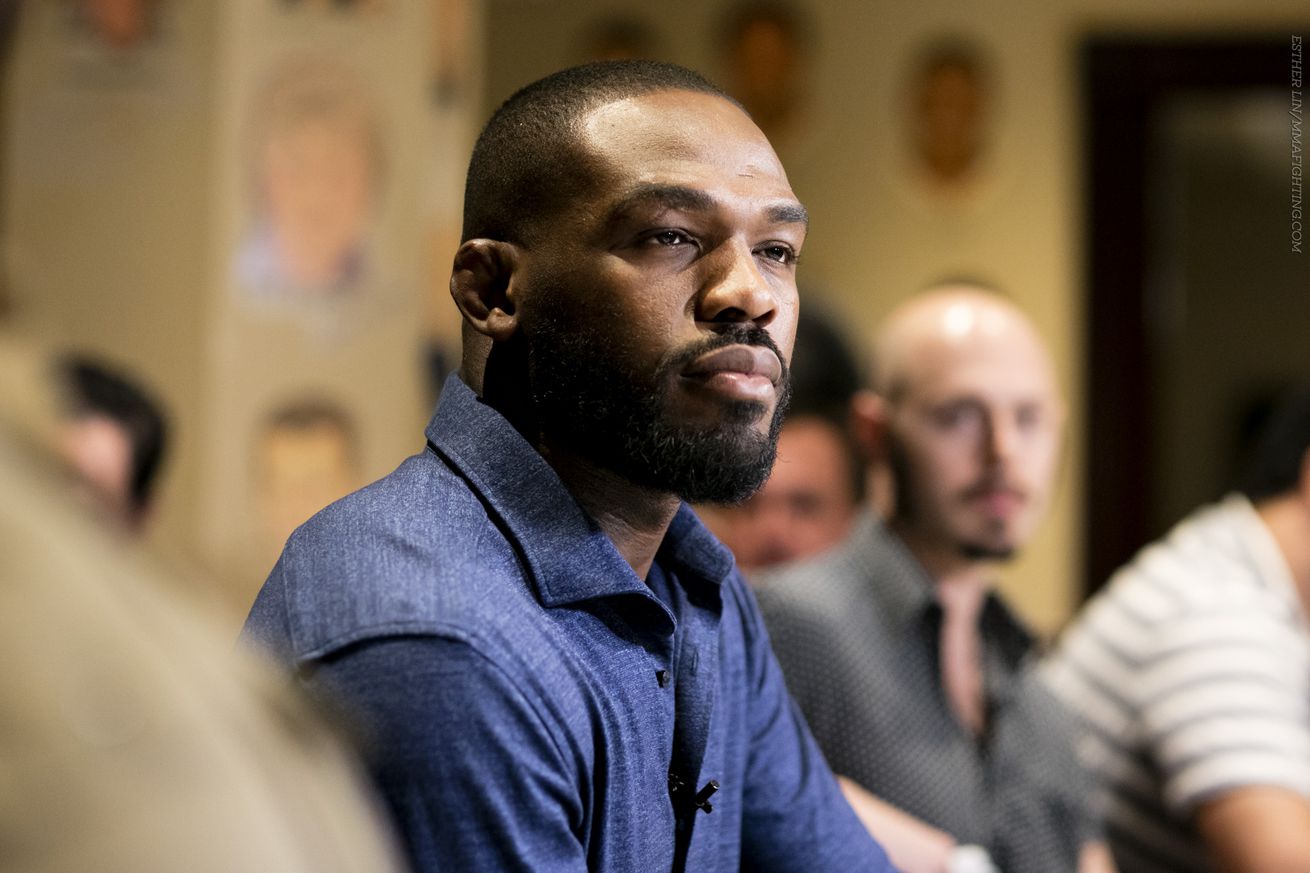 One of MMA’s most persistent rumors now has some truth behind it.

Three-time UFC light heavyweight champion Jon Jones casually dropped a bombshell—more like a dud given how much time has passed regarding the incident in question—in his latest Twitter exchange with Israel Adesanya late Thursday evening, bringing up a rumor that he once hid under a cage to avoid taking a drug test.

The seemingly tall tale was popularized by former Jones rival Chael Sonnen, who told a version of the story during an appearance on The Joe Rogan Experience four years ago. It’s unclear exactly the time frame that Sonnen was referring to, but he maintained that Jones went to great lengths to wait out and avoid USADA testers who had visited his gym.

Now we have Jones’ side of the story. Apparently, it is true that he once hid under a cage to avoid a drug test, but it was because he was going to test positive for marijuana, not performance-enhancing drugs.

Brother explain your titty I was hiding from Nevada state Athletic Commission, not USADA and that was years ago.. I had just smoked a blunt and was afraid I would fail my test for weed ‍♂️ that’s the actual truth Now everyone knows everyone

All Memes aside, seriously explain that titty?? Guarantee you weren’t getting tested in your little rinky-dink shows. That shit is 100% consistent with steroid usage.. USADA cleared me hence me not having breast

“I was hiding from Nevada State Athletic Commission, not USADA and that was years ago,” Jones wrote. “I had just smoked a blunt and was afraid I would fail my test for weed.

“That’s the actual truth. Now everyone knows everyone.”

The bizarre confession is just part of the feud that has been going on between Jones and Adesanya in the aftermath of UFC 253. Buzz about a potential superfight between the two stars has given way to numerous personal, crass, and childish insults from both parties. Whether an actual booking will happen in the near future is anyone’s guess as Adesanya has mentioned wanting to defend his title at 185 pounds against a number of worthy challengers and Jones has continued to tease a move up to the UFC’s heavyweight division.

See below for a sampling of the tweets that led to Thursday’s revelation.

Only two years younger but so far behind.. I’m gonna take this whole “beef“ and put it on ice. At the end of the day the man child refuses to fight. No need to give him any more followers.

If Izzy was to die tonight, his legacy would be hell of a fighter, was terrified to fight Jon Jones period

Did you actually think I was going to do that https://t.co/NiW0Gd2Z6b