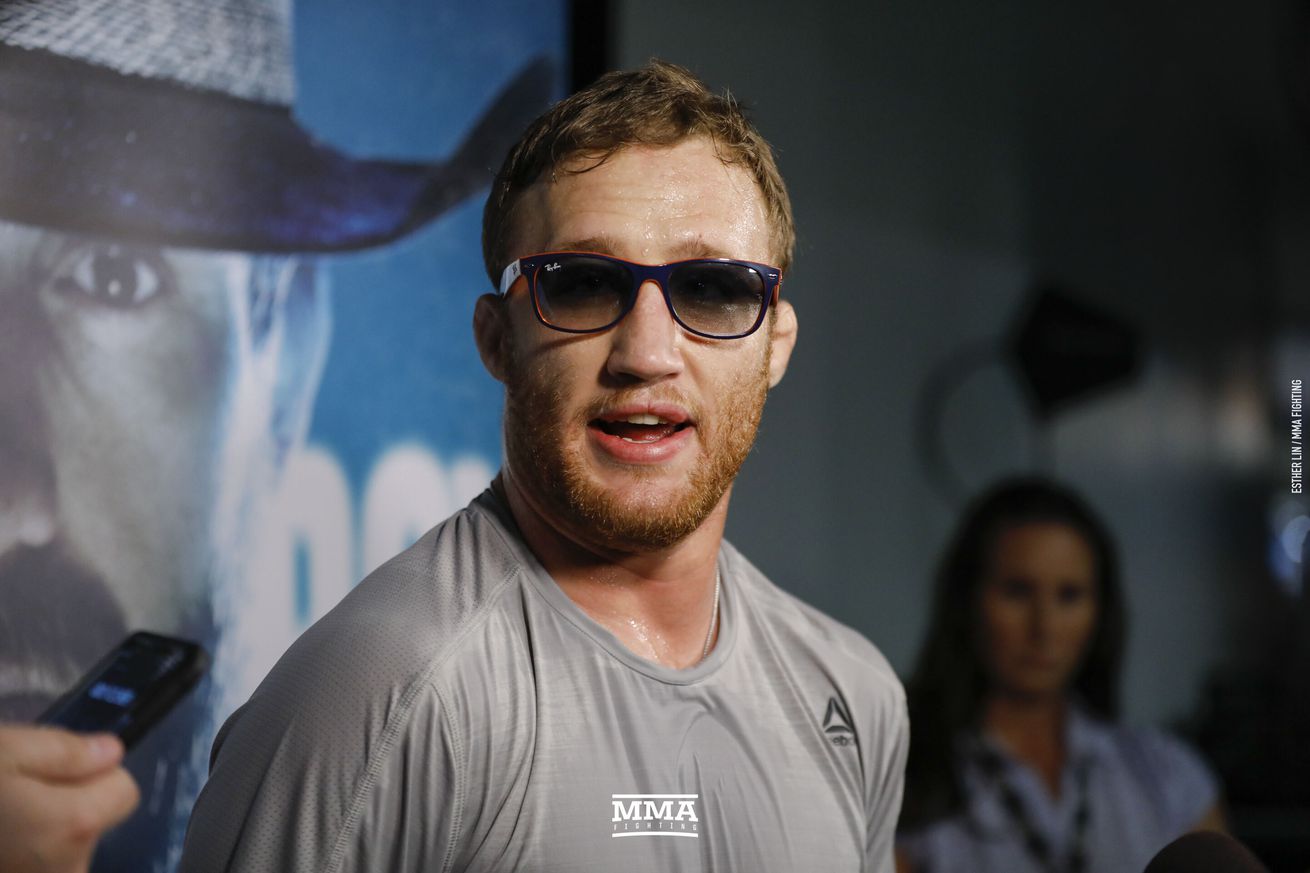 Add Justin Gaethje to the list of fighters who are not a fan of Colby Covington.

The interim lightweight champion recently crossed paths with Covington when both were special guests at a rally in Nevada for President Donald Trump.

Gaethje even stood next to Covington in a photo alongside his manager, Ali Abdelaziz, as well as UFC President Dana White and former two-division champion Henry Cejudo. By all accounts, the fighters all stayed very professional towards each other despite a volatile history between Covington and Abdelaziz, including a physical altercation back in 2018.

According to Gaethje, he got a good impression of Covington during his interactions with him at the rally, but days later, his opinion changed rather dramatically.

“The day after that [rally], I was singing his praises because of how professional he was and how he held himself,” Gaethje explained during the UFC 254 media day.

“But then he went onto do a bunch of interviews and I probably despise that man more than anybody on planet Earth, other than like child pedophiles and murderers and things like that.”

It was a great honor to meet the President of the United Stated of America @realdonaldtrump He is a huge fan of MMA and was a pioneer for the sport in its infancy.

Gaethje didn’t mention what comments Covington specifically made that turned him so irate, but there’s certainly a lot to choose from.

Both before and after his win over Tyron Woodley just days after that rally ended, Covington took aim at Abdelaziz, the Black Lives Matter movement and he got into a volatile exchange with welterweight champion Kamaru Usman during a post-fight interview.

Whatever Covington said it obviously got under Gaethje’s skin as he blasted the former interim champion on Thursday.

“He is a coward – he’s a fake person,” Gaethje said. “He stands there and acts like this soft-hearted dude, and then he gets behind the camera and he’s a total coward and a fake person. I’ve never met someone as fake as Colby Covington.

“As a man, I would love to slap him right across the face.”

And as far as his appearance at the Trump rally, Gaethje says outside of his opinion about Covington in the aftermath of that event, he enjoyed the experience.

“Trump is a huge fan of MMA,” Gaethje said. “He’s a reason, maybe not a huge reason, but he’s a reason that UFC is here. He opened his doors for us when we had no doors to walk through.