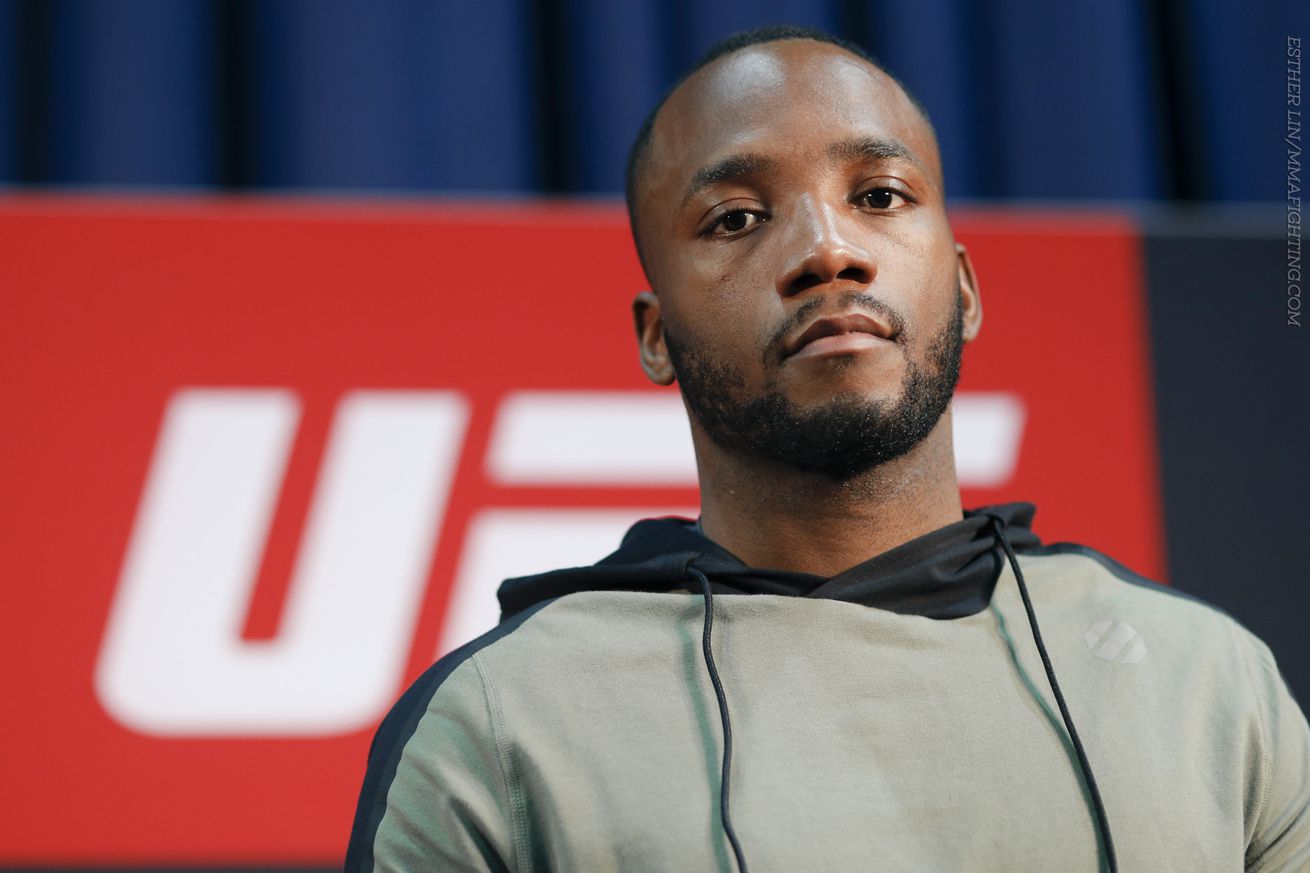 Leon Edwards only has a certain number of opponents who interest him, and Stephen “Wonderboy” Thompson and Khamzat Chimaev are not on the list.

After winning eight fights in a row, the British welterweight has been clamoring for a shot at the title, or at worst, a matchup against another top contender to help guarantee him a rematch with reigning champion Kamaru Usman.

Sadly, the coronavirus pandemic put a stop to Edwards’ most recently scheduled fight, when he was supposed to meet former champion Tyron Woodley in a main event that would have likely cemented him as the next person in line for the title.

Six months later, Edwards is still waiting for the opportunity to fight. But if he’s not getting the title shot right away, he’s not going backward.

“Obviously, No. 1 is the championship, Kamaru Usman,” Edwards explained when speaking to MMA Fighting. “Give me the No. 1 contender, and then the winner gets the title shot between [Jorge] Masvidal and now Colby [Covington]. I’m ready to go.

Just recently, former two-time title contender Stephen “Wonderboy” Thompson took to Twitter for the first time ever to call out an opponent as he targeted Edwards as the fighter he wanted to face next.

Thompson is coming off a win over Vicente Luque in his most recent performance with a 2-2 record in his past four fights, which also includes a victory over Jorge Masvidal.

While Thompson certainly has a name in the welterweight division, Edwards doesn’t believe that fight will actually do as much for him as waiting for one of the other top contenders at 170 pounds.

“As far as Wonderboy, he got knocked out like a fight ago,” Edwards said. “[Anthony] Pettis knocked him out one fight ago. If I go out there right now and I fight Wonderboy and I beat Wonderboy the UFC will be like ‘let’s go one more in the top-five and then we’ll go for a title.’ They wouldn’t give me a title shot straight away. …

“For me to get to the world title, which is my aim and my dream, is to beat one of those top-four [guys]. I have to fight someone in the top-four to get my title shot.”

With his last three wins coming over Rafael dos Anjos, Donald “Cowboy” Cerrone and Gunnar Nelson as well as a past victory over Luque during his eight-fight win streak, Edwards just doesn’t see how facing Wonderboy will do much of anything for his career goals.

“I’ve done all the Wonderboy fights,” Edwards explained. “I’ve been there, done it. I’m on an eight-fight win streak now. I don’t need to go fight someone like Wonderboy. He does nothing for my career.

“He’s coming down, I’m going up. If he gets one or two more wins, then I’ll consider it.”

Another name that has suddenly become popular in the UFC is undefeated prospect Khamzat Chimaev, who won his first two fights inside the octagon inside 10 days. He then followed that up with a stunning 17-second knockout over Gerald Meerschaert in September.

Chimaev is already lined up to headline a card in Las Vegas later this year, though UFC president Dana White shot down Edwards as a potential opponent for him at that event.

Edwards hasn’t paid too much attention to the hype surrounding Chimaev, especially considering his lone win at welterweight in the UFC came against a debuting fighter on short notice.

For all the hype and attention being paid to Chimaev, Edwards wants to see him actually face top competition before truly anointing him as the next big thing.

“Then we can go and start talking from there, but the MMA community is literally if you feed them anything, they’ll buy into it. It is what it is.”