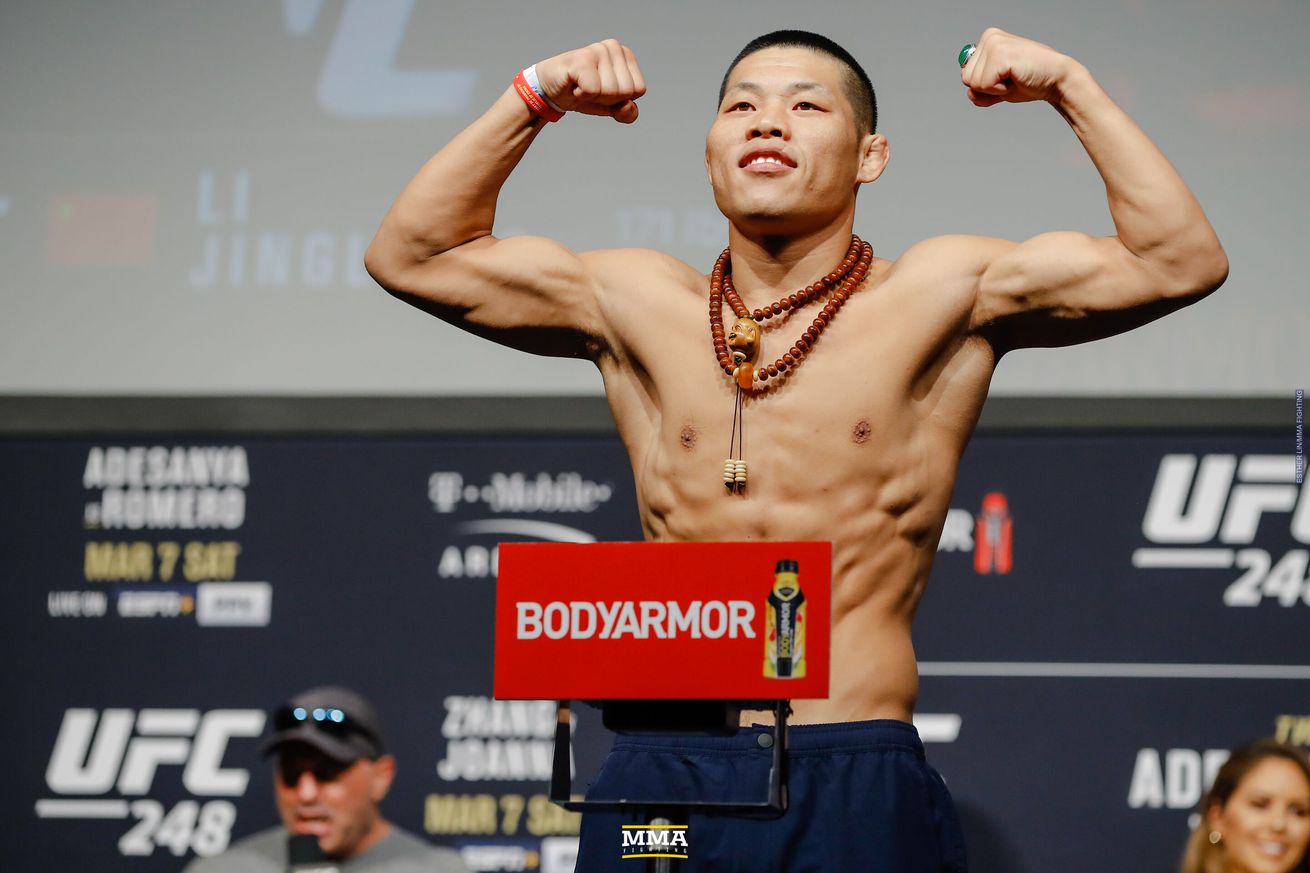 “The Leech” meets “The Body Snatcher” this December.

MMA Fighting confirmed with people with knowledge of the matchup that a welterweight bout between Li Jingliang (17-6) and Dwight Grant (10-3) is being negotiated for UFC 256 on Dec. 12 at UFC APEX in Las Vegas.

This will be Li’s first fight since March, when he lost a unanimous decision to Neil Magny at UFC 248. The loss snapped a three-fight winning streak for the 32-year-old fighter, who scored third-round knockouts of Elizeu Zaleski and David Zawada during that stretch. His UFC record stands at 9-4.

Grant returned to the octagon after a 16-month layoff this past August. Coming off of a split decision win over Alan Jouban at UFC 236, Grant fell short in his return bout at UFC on ESPN 15 as he was knocked out in the opening round by Daniel Rodriguez. He is 2-2 since earning a UFC contract on Dana White’s Contender Series in June 2018.