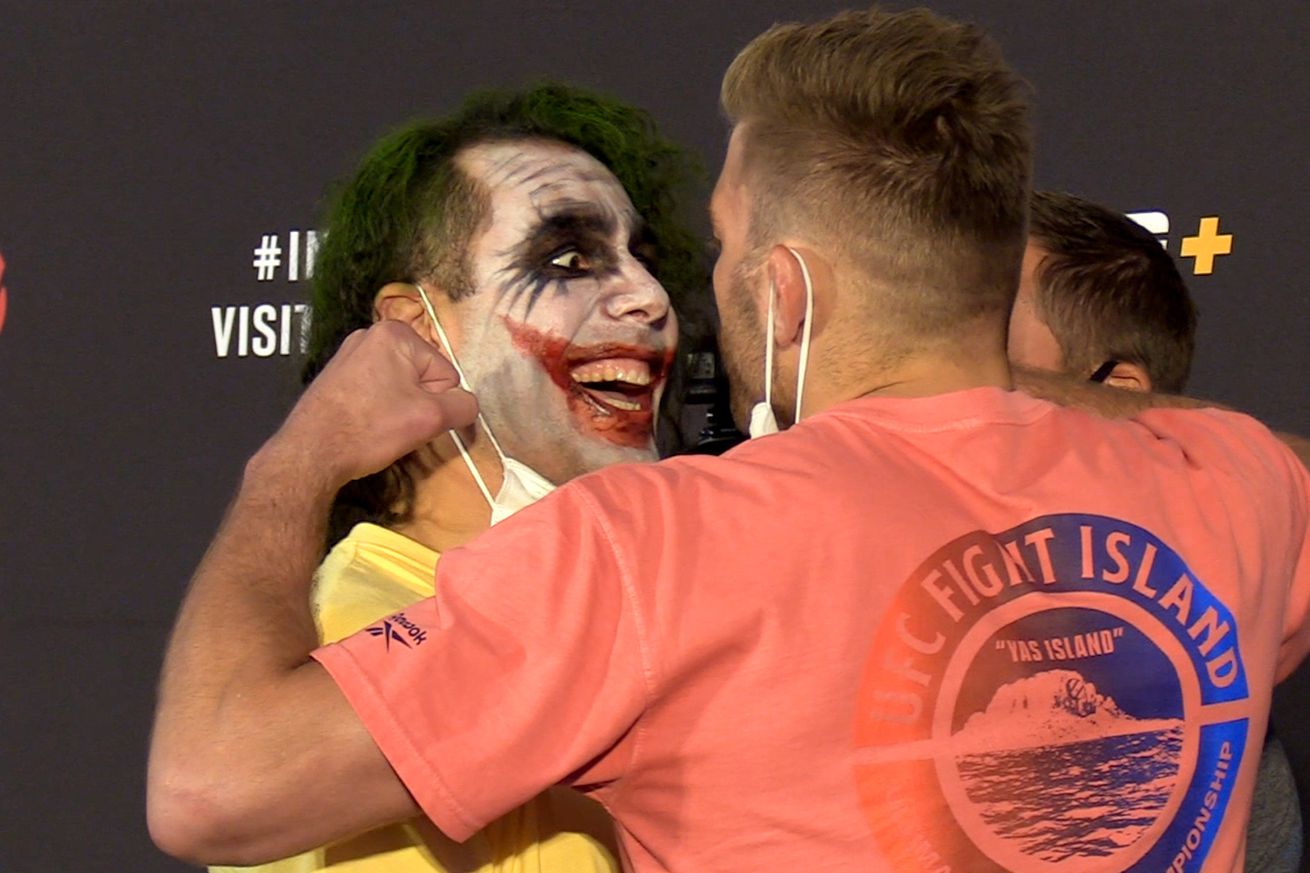 MMA fighters often pay huge tolls when engaging in violent brawls in the cage, and that’s something to which Markus Perez aspires.

Perez had a several UFC fights cancelled over the past few months before booking a middleweight showdown with newcomer Dricus Du Plessis on Saturday night at UFC Fight Island 5 in Abu Dhabi. Dealing with so many frustrations has him eager to fulfill a longtime dream: a bloody war.

“Not that I see (my stand-up) as the best path to victory, but that’s how I want to fight,” Perez said in an interview with MMA Fighting. “I want to brawl, I want to punch him. I’m training for seven months, and now I’m going to grapple and take him down? I wanna fight, I want a brawl. I want to trade punches.”

Du Plessis, a former EFC and KSW champion, recently signed with the UFC, but Perez wants to make him pay for all the other middleweights that have pulled out of fights against him. While most fighters want nothing more than a quick night in the cage, Perez wants the exact opposite.

“My dream fight, brother, is a three-round fight with a lot of blood, cuts all over the face, both getting knocked down and getting back up, almost getting submitted,” he said. “Ending with both guys with their faces cut open, and winning via split decision. That’s a dream fight for me. If that happens, I would love it.”

Not all fighters are cut from the same cloth, of course, and Perez isn’t sure if Du Plessis is the perfect partner to give him a 15-minute war.

“I’ve watched his fights and he’s not a brawler that comes in,” Perez said. “But I believe every fighter has a bit of that inside of themselves, they you only need something to make that sprit come out, you know? I think every fighter wants a fight like this. That’s the best feeling in the world.

“The craziest fights I’ve ever seen were the ones with Diego Sanchez, Mike Perry, Joe Lauzon, you know? They come in and put on bloodthirsty wars that are crazy to watch. It’s awesome. I’ve always wanted that, that’s how I picture the perfect fight. I don’t underestimate my opponent, but I don’t believe he’d do that. I’d love it, though.”

Eager to get back on track after losing a decision to Wellington Turman in his past UFC bout in Nov. 2019, Perez names three UFC middleweights that he thinks would engage in a bloodbath.

“I think (Kelvin) Gastelum would give me such fight – I think he’s a good name,” “Maluko” said. “I also believe that (Robert) Whittaker would come in for a brawl. And there’s another name that would be a great brawl, a great fight, and I might fight him in the future: Marvin Vettori. He loves to brawl. I think that would be an insane fight.”