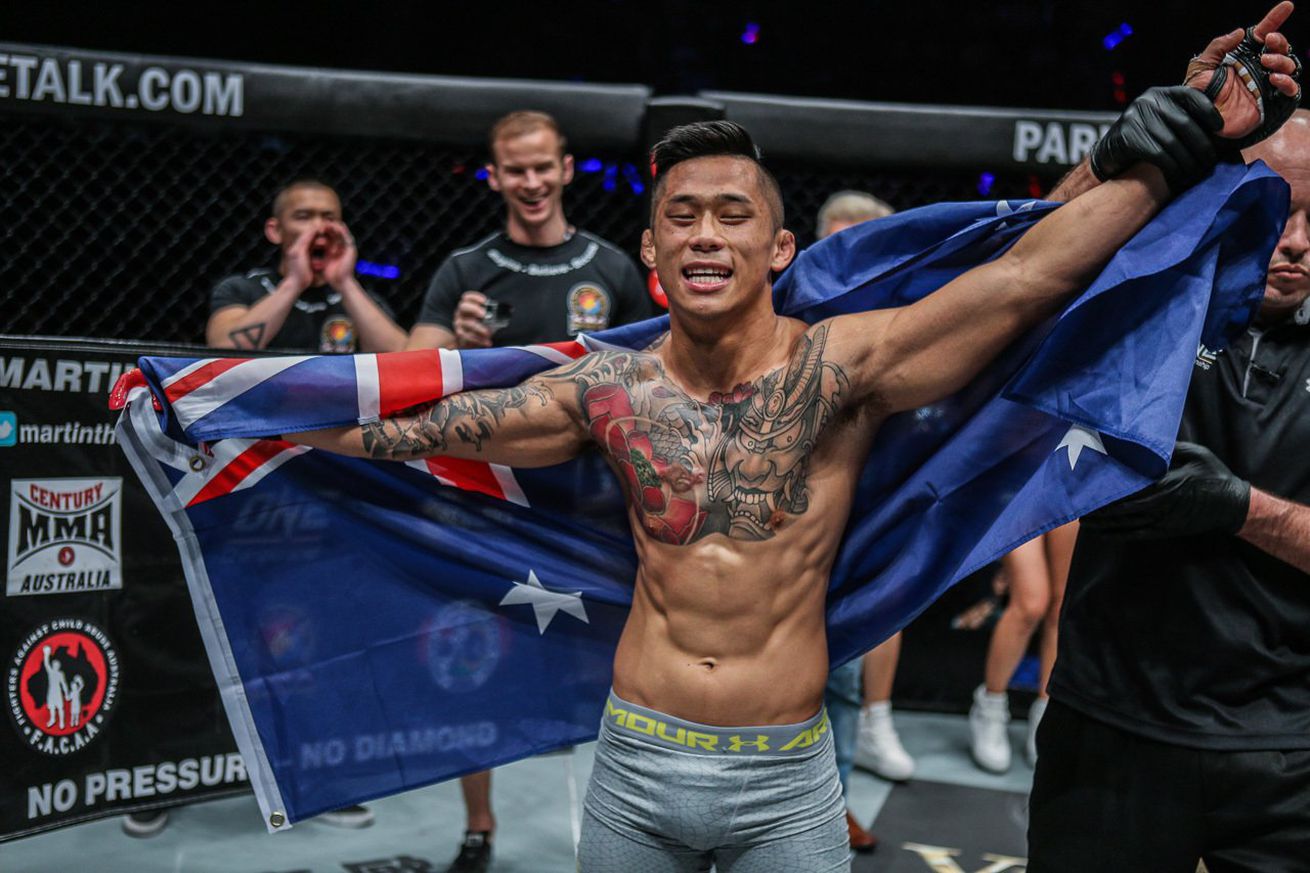 Martin Nguyen was less than two weeks away from a scheduled fight against Thanh Le earlier this year when ONE Championship was forced to cancel all of their upcoming shows due to the coronavirus pandemic.

Because ONE primarily holds events around Asia, the promotion was particularly vulnerable to the whims of the various countries in the region with shutdowns and government mandates restricting gatherings as well as travel. That forced the organization to put everything on hold for several months without any real indication about when the next show would take place.

“It was definitely frustrating and you wonder is this going to happen or not,” Nguyen told MMA Fighting about the uncertainty he faced after his fight was scrapped. “Realistically, on paper, it didn’t seem like anything was going to happen until next year.

“I took a positive out of it because it was out of our control. So I was like even if the fight doesn’t happen, I’m still over here training and getting better.”

While Nguyen lives and trains in the United States when he’s preparing for a fight, the start of the pandemic forced him to rush home to Australia so he could be with his family.

Rather than take the time off as some sort of extended vacation, he decided to make the most of the break to allow his body to heal while still training on a regular basis.

“As soon I got back to Australia, I didn’t want to let everything go down the drain so we maintained our training,” Nguyen explained. “The intensity wasn’t as high but we still stuck to the path and once everything cleared up and ONE Championship started throwing events, I made the decision to come back to Sanford and ramp everything up for camp.”

He arrived back in the U.S. in September where Nguyen began working with the team and coaches out of Sanford MMA in Florida, a facility that houses numerous top fighters including Michael Chandler, Gilbert Burns and fellow ONE champion Aung La N Sang.

While he was told there was approximately a “70 to 80 percent chance” his fight would happen, Nguyen took the risk of leaving his family and returning to the U.S. so he could ramp up his training.

Now with the fight against Le rescheduled for this Friday, Oct. 30, Nguyen is happy the gamble paid off.

“I took the boss’ word for it and applied for exemption because I wasn’t allowed to leave Australia because it was in lockdown,” Nguyen explained. “So I was allowed to leave the country, I had the government’s support. It was early September. I came back to Sanford and the bout got confirmed and I knew I made the right decision.”

Nguyen has never been one to choose his opposition but he was happy that ONE matched him up against Le after they were originally scheduled to clash earlier this year.

A former Ultimate Fighter contestant, Le has looked better than ever since arriving in ONE Championship while rattling off three straight wins, all by knockout.

“I said to myself he was one of five guys on a list that I gave to Chatri [Sityodtong] that I wanted to fight regardless of the belt or whatever. He was one of them,” Nguyen said about Le. “At the time I signed the contract and the bout fell through in April, I said I’m going to fulfill this contract regardless.

“I had people calling me out but I was like you guys can wait in line, I’ve got someone to take out first. He was the name and the rest is history and we’re here now.”

As he prepares to defend his featherweight (155 pounds in ONE) title on Friday, Nguyen will be making his 14th appearance in ONE Championship. He’s been one of the longest reigning fighters competing under the ONE banner but it’s nearly impossible to escape questions about one day challenging himself in organizations like the UFC or Bellator.

According to Nguyen, that was once his ultimate goal in the sport but he put his faith in ONE Championship and the favor has been returned time and time again. With the promotion now signing a lot more international talent including two former UFC champions in Demetrious Johnson and Eddie Alvarez, Nguyen is confident he’ll always have new challenges awaiting him in ONE and he doesn’t see a reason to go anywhere else.

“I always get asked if I was going to go to the North American market and I’ll be honest, that hasn’t really phased me,” Nguyen said. “That was the ultimate goal to go to the UFC or Bellator but I’ll be honest, I’m a pretty loyal guy. I’m loyal to [ONE CEO] Chatri [Sityodtong] and ever since he gave me his word that I was getting looked after and I’ve been looked after, if something’s not broken, why change it?

“I’ve established myself in this organization. I’ve held multiple titles. When I come to fight, I fight, regardless of who they put in front of me. I’m always ready to put on a show. With ONE Championship, they’ve looked after me with the whole three contracts with them. I’m happy.”