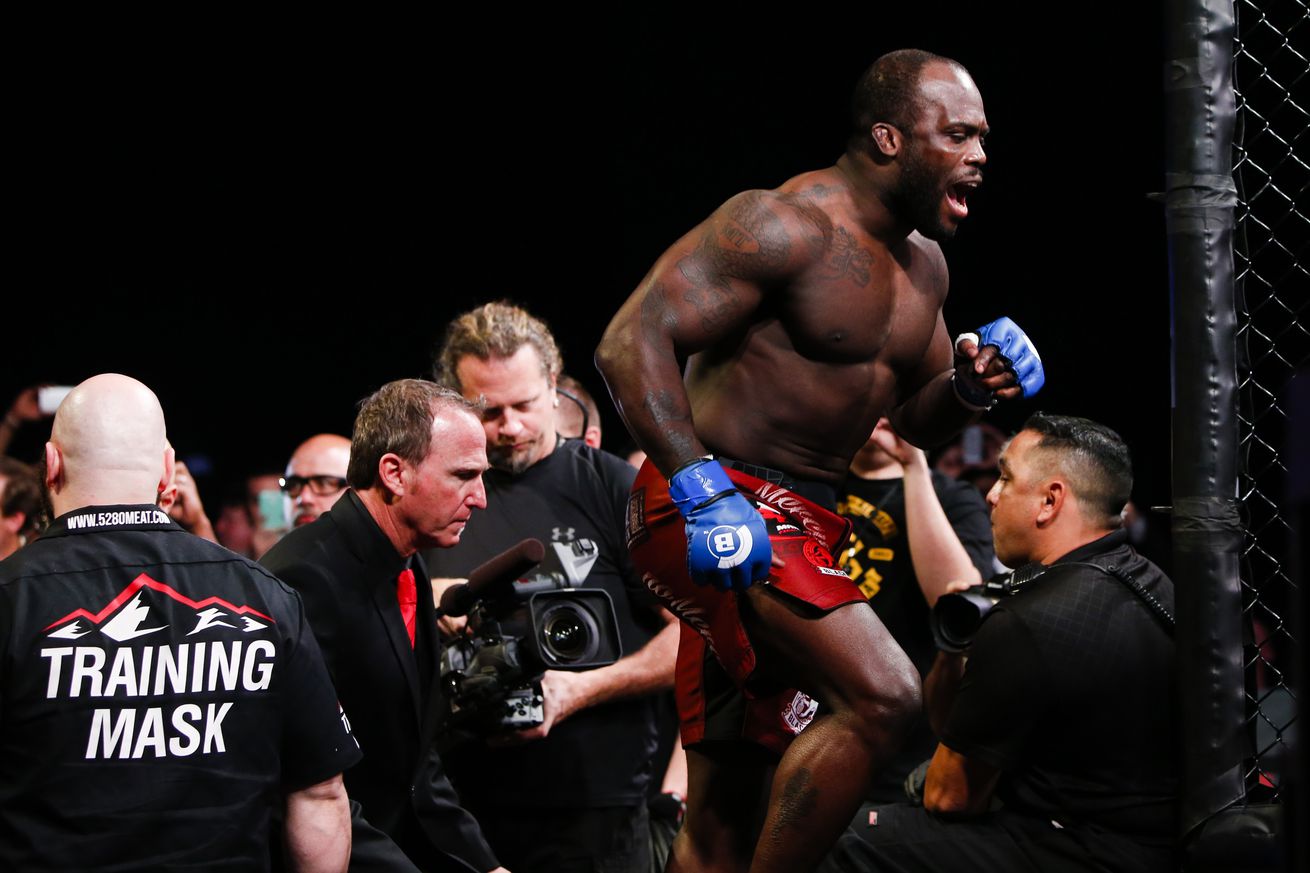 Melvin Manhoef won two in a row since moving up to the light heavyweight division in Bellator. | Esther Lin, MMA Fighting

Longtime MMA veteran Melvin Manhoef is one of the latest additions to Bellator’s first trip to Paris, France on Oct. 10, the company announced Friday. Manhoef is set to face Simon Biyong in a light heavyweight contest.

Oliver Enkamp, a Swedish welterweight prospect who’s unbeaten since leaving the UFC and joining Bellator in 2019, will also be part of the show at the Accor Arena, taking on promotional newcomer Emmanuel Dawa.

Manhoef (32-14-1, 2 no contests) has been on the Bellator roster since 2014, a run that includes a pair of middleweight championship bouts with then-champion Rafael Carvalho. The 44-year-old striker is 2-0 since moving up to light heavyweight, capped off by a first-round stoppage over Yannick Bahati in Dec. 2019.

Biyong (7-1) started his professional MMA career months after Manhoef’s second shot at the Bellator belt in 2017, inking a deal with the North American company after winning four in a row in Europe, Africa and Japan, where he knocked out Vitaly Shemetov in his sole appearance under the RIZIN banner.