ABU DHABI – UFC welterweight Michael Chiesa would be happy to fight Khamzat Chimaev when the time is right – but that time has not yet arrived.

Like his fellow ranked top-10 welterweights Leon Edwards and Stephen Thompson, Chiesa (17-4 MMA, 10-4 UFC) isn’t interested in fighting Chimaev (9-0 MMA, 3-0 UFC) until the Russian takes another step up in the division’s ladder.

“You’ve got to think about it like this,” Chiesa told reporters, including MMA Junkie, on Wednesday. “He beats a guy, like a veteran – let’s say, theoretically, he beats a ‘Wonderboy.’ Now, it’s lucrative. Now, it’s like, ‘Hell yeah.’ Now, he’s proven he’s the real thing.”

Right now, the risk outweighs the reward when it comes to a fighter with the skills of Chimaev, explained Chiesa. Turning down a fight out of fear or declining due to it being bad business are two different things.

“If he beats me, he takes my spot. If I beat him, they’re like, ‘Oh, it’s a flash in the pan.’ You know what I mean?” Chiesa said. “I probably don’t move up the rankings either. It’s like, dude, I’m trying to fight for a world title. You’ve got to do smart business. … The guy is legit. I respect his skills. I just don’t know if that’s the fight I want right now. He beats a guy and gets ranked? That’s a different story.

“I can see why all these guys don’t want to fight him. “It’s not that they’re (scared). There’s not a guy on the roster that’s afraid of anybody. When someone says, ‘Joe Schmo is afraid of John Smith?’ Like, (expletive) no.”

Paul Felder: If Mike Perry gets Darren Till in his corner it might be the best case scenario for him

Chiesa, 32, has not competed since UFC on ESPN+ 24 in January when he defeated former UFC lightweight champion Rafael dos Anjos by unanimous decision.

Recently, “The Maverick” has been recovering from a July surgery but has his sights set on a early 2021 return.

“The surgery did not go good,” Chiesa said. “I was on crutches for two months. I haven’t had sparring yet. Just in the last month, I’ve been able to get back rolling and stuff. I’m stilling have some issues but I’d like to think by January I could get in there. 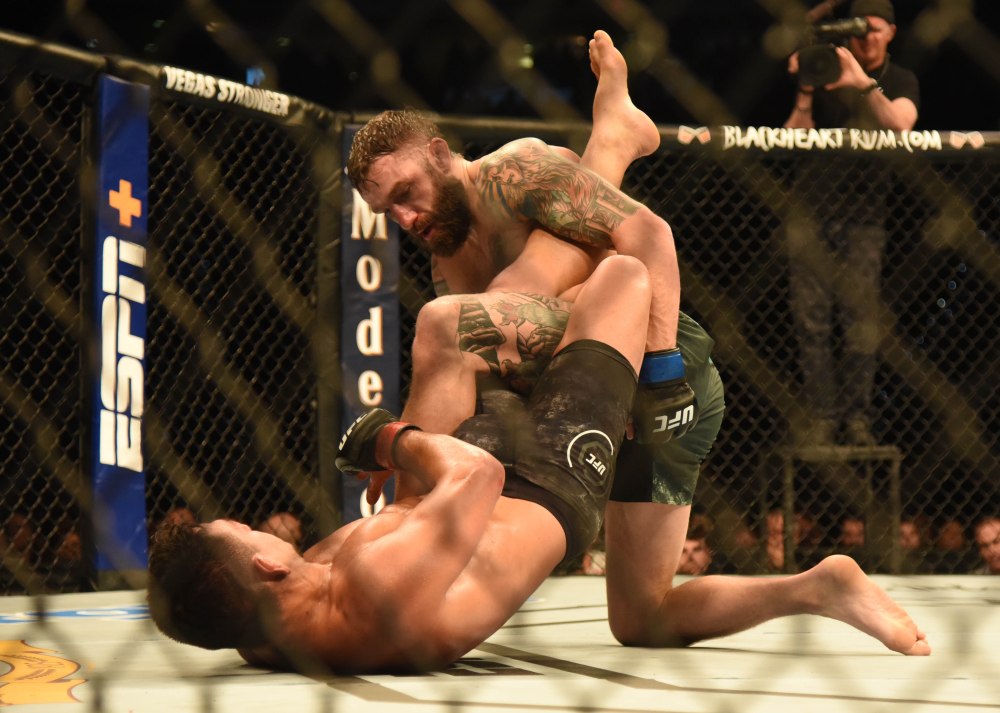