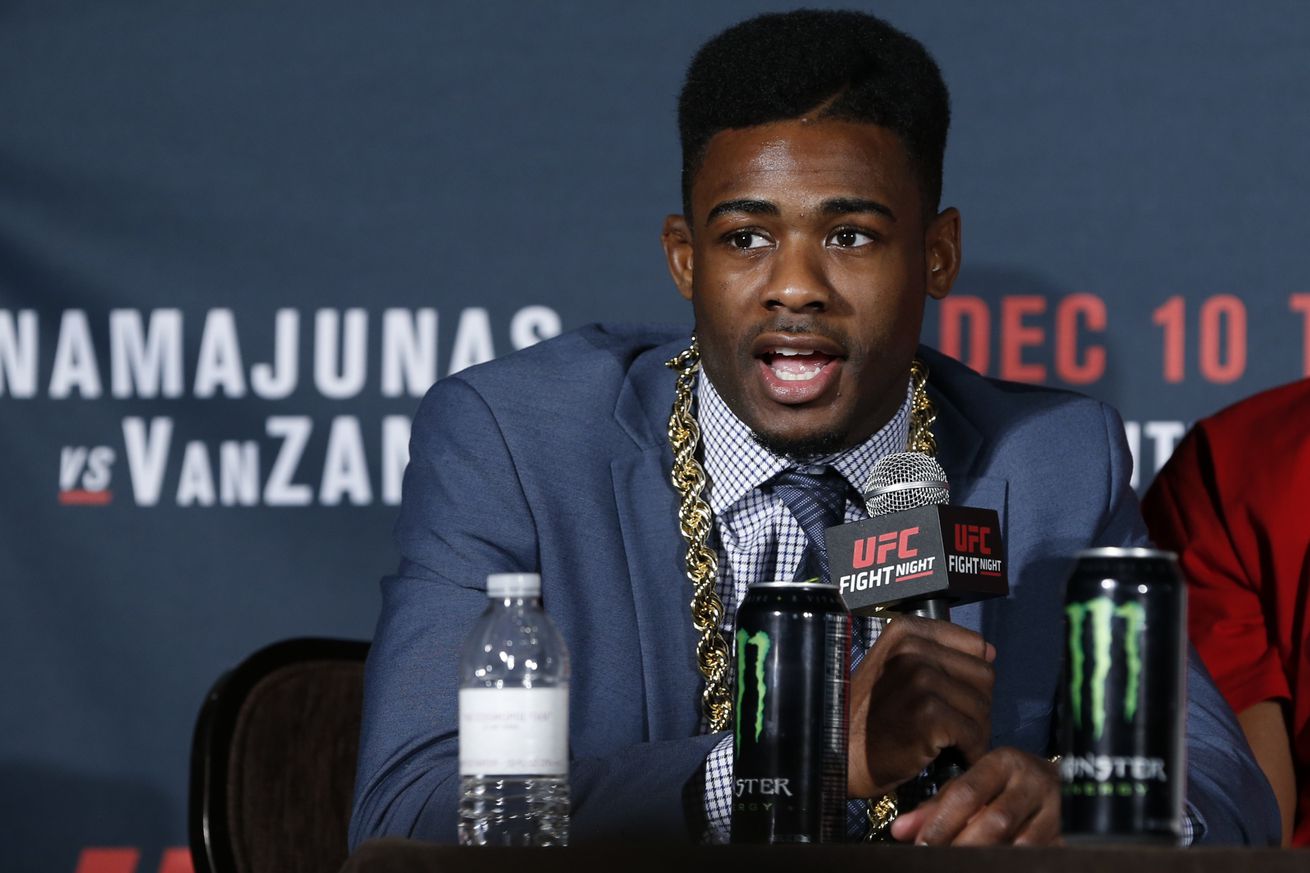 “I am the next guy in line,” Sterling told MMAJunkie. “Just getting in shape and hopefully it’s gonna be in December, first or second week.”

And it seems the MMA Gods seemed to hear Sterling’s plea because in a bit of kismet for “The Funkmaster,” yesterday, news broke that the UFC’s planned headliner for UFC 256 in December, a welterweight title fight between champion Kamaru Usman and number one contender Gilbert Burns, would not be taking place at that event. The December pay-per-view event for the UFC has historically been an event the UFC has tried to stack with multiple title fights to end the year on a high note, and without Usman vs. Burns, the event currently only has a women’s featherweight title fight between Amanda Nunes and Megan Anderson set for the card. That leaves a big opening in the UFC’s calendar and Sterling was quick to volunteer.

Sterling and Yan have been locked on a collision course for sometime with the general belief being that the two would fight before the end of the year. Stepping in for the now in-need UFC 256 would seemingly make a ton of sense, and while Yan says he is game, apparently the UFC may not be so keen.

I heard UFC have different plans, hold up is not from my side. You should be worried @funkmasterMMA https://t.co/8Lf5mCoZBZ

The only person I see worried is the guy hiding in Dagestan. Go wrestle at your fucking gym! “ ” https://t.co/ZWsmnxwXaP

The UFC has been somewhat cagey about Sterling receiving the next title shot, however, in August, UFC President Dana White said that Sterling is next in line for the 135-pound title, which seemed to put the issue to bed. Yan himself has stated that he wants to face Sterling next, so it seems likely that any “other plans” the UFC has would involve a different timeline, not a different opponent for Yan.

Sterling himself admits that part of the delay in announcing a fight is that his team is still in contract negotiations with the UFC, but in the end, he still expects that all to be resolved and for the fight to ultimately get booked.

“I think we’re just figuring out contract negotiations,” Sterling said. “Your boy’s gotta get paid. I gotta get paid. I put in a lot of work. . . It’s the right fight to make, and I think the people want it. There’s a lot of hype behind this one, and I can’t wait to steal that thunder.”

Not mad. Jon Jones unleashes on Israel Adesanya: ‘It’s no secret that I want to break this clown’s neck’.

On to the Next One. Matchmaking for the UFC following UFC Fight Island 4.

Extremely mad about how much of a number one contender he is.

I’m already the number contender, I’m waiting for a title shot. Why should I fight to be a number 1 contender again? You really think that or just hating on Ali again? https://t.co/Z6gOuYlkAQ

The closest Wonderboy has ever been to trash talking.

@Leon_edwardsmma you’ve been out over a year now…if I’m on my way down then I should be a nice tune up fight to get people to remember your name again! #JustTryingToHelp #RingRust https://t.co/g0eX8tsTY7

Back to the states, had lots of people ask about my nose. I reset it in the second round. I had felt that it was crooked as I stood up off the stool in between rounds so I smashed it straight and kept fighting. . . #ufc fighting

Myself, as well as other fighters, are moving forward with lawsuits against PFL for the way things have been handled this year. @AliAbdelaziz00

I will pay 5k ? Someone tag Perry for me please because I’m still blocked, but I’m deadly serious. @mmasound