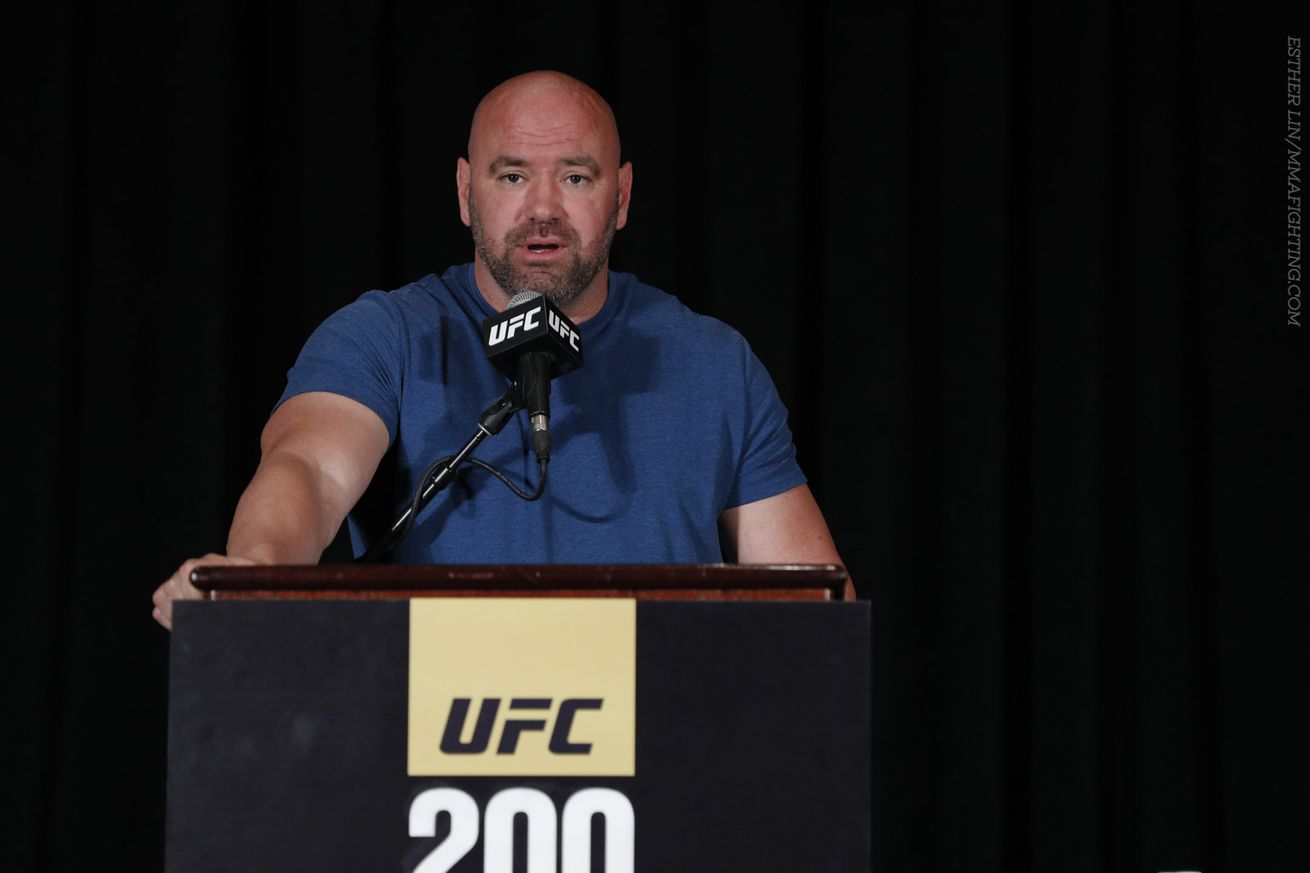 For almost five years now, the UFC has attempted to put together a fight between current lightweight champion Khabib Nurmagomedov and former interim champion Tony Ferguson, and for five years, the MMA Gods have ruined those plans. The two were first set to face each other in December of 2015 at The Ultimate Fighter 22 Finale, however Nurmagomedov was forced out of the bout due to injury. The bout was then rescheduled for April, however, this time, Ferguson was forced out by a medical issue. The two men then fought other people and were ultimately rescheduled to face each other for an interim title at UFC 209, but a failed weight cut from Nurmagomedov forced him to withdraw from the bout.

A fight was once again scheduled between the two, this time for the undisputed lightweight title at UFC 223, but Ferguson tripped and injured his knee the week before the fight and was forced out. Instead, Khabib won the lightweight title with a unanimous decision win over Al Iaquinta and, after a a few more wins from each man, a fifth fight was booked between the two for UFC 249. Then, of course, the coronavirus pandemic happened, throwing the world into chaos and preventing Nurmagomedov from leaving his home country of Russia. Instead, Ferguson faced Justin Gaethje for an interim lightweight title but was stopped in the fifth round, finally putting an end to one of the great potential fights in MMA history.

Nurmagomedov is currently scheduled to face Gaethje in a title unification bout at UFC 254 in just a few weeks. But according to UFC President Dana White, if Khabib defends his title successfully, the UFC may try to make the most snake-bitten fight in MMA history happen one more time, despite the potentially apocalyptic outcome tempting the MMA Gods could bring.

“If Khabib does beat Gaethe, you get Tony Ferguson another fight, which we’re working on right now,” White told Sports Illustrated. “And hopefully that fight with Khabib happens because I know people want to see it.

“I don’t think I’ve ever seen a fight fall apart as many times as those two. It almost scares me to make the fight again. What’s going to happen? An asteroid comes to earth? That’s the level of bad this thing is.”

White is right about people still wanting to see the fight. Khabib vs. Ferguson has been built up for almost five years, and even with Ferguson now having lost, the allure of a fight still remains. However, many fans had given up on it because for most of this year, White has been adamant that Conor McGregor was next in line for a lightweight title shot, if Khabib could defend his title. Now though, McGregor and White have been having a bit of a public spat over whether or not fights have or haven’t been offered/turned down. White has maintained consistently that McGregor is retired and not looking to fight right now and, despite McGregor’s recent flurry of Tweets suggesting fights with a number of competitors, and a possible charity bout with Dustin Poirier, White still seems to believe this is mostly for show with McGregor.

“This was a weird one,” White said. “This was weirder and different than anything he’s done before. There’s almost a pattern here. When we’re about to do a massive fight—and Israel Adesanya broke a ton of records last week in a global, massive fight—the day before that fight, he starts announcing he’s going to fight this guy and that guy. It’s almost like stealing Adesanya’s thunder. But he does it every time there’s a big fight.”

Well, the next big fight will in fact be UFC 254 and Khabib vs. Gaethje. However, should Khabib win, he has been adamant that he will not rematch McGregor and furthermore has said he’s been promised “something special” from Dana White for his next bout. Rumors suggest that a superfight with Georges St-Pierre could fit that bill but perhaps White really means they will finally make Khabib vs. Ferguson happen.

Out. Cody Garbrandt reveals details surrounding injury that knocked him out of title fight at UFC 255.

Goals. Justin Gaethje on Khabib Nurmagomedov: ‘I want him to quit. I want him to know I’m the superior athlete’.

The 6th Round. Immediate post-fight analysis of UFC Fight Island 4.

Staying ready is a good decision.

Short notice? You already know who to call. See you soon, Abu Dhabi

Izzy still going in on Costa.

People project their fears onto you.
It’s none of your damn business!
Let them be fearful.
Oss! pic.twitter.com/f7CfGwJTRc

Apparently Paulo was “living rent free” in my head. Nah son, he overdue in your payments…so I haffi make him pay!

So if I inject the steroids in my other tit. Will it get gyno too? Asking for a friend…. @usantidoping

Pretty simple explanation of how stupid weight-cutting is.

1 – hey you look about 170lbs we should fight
2 – yeah i am, sounds good!
some guy – hey you know what would make this fight interesting? if you both cut 15lbs 24hrs before the fight then went back to exactly the same weight you both were before. pic.twitter.com/ucCL5b1pXG

Has anyone seen or heard from @BorrachinhaMMA . Someone ask him if he’s available Dec 12 ! @AliAbdelaziz00 @Mickmaynard2 @danawhite

In December I’ll probably be on the beach in Mexico, celebrating a big win over Boom. Unless… https://t.co/LKLY1MI6os

What will he do if she corners him to a title?

All hail the Rawdog Queen. I pledge my life to you and the Prince.

Now this is actually a good idea.

Whoever gives me the most money can be in my corner with @latory_g ,…