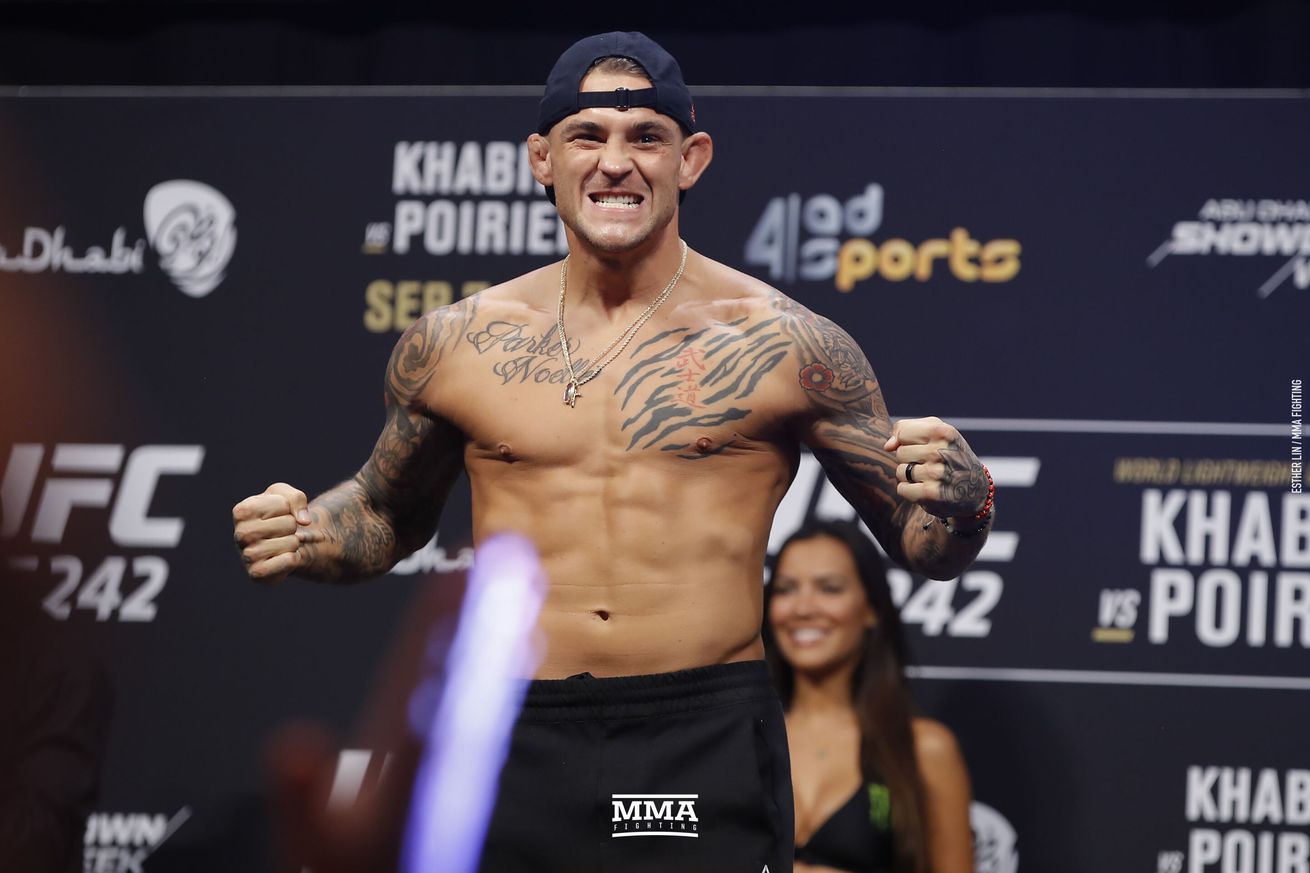 Last week, Conor McGregor made headlines when he publicly reached out to No. 2-ranked lightweight contender Dustin Poirier about a charity MMA match. The match, which was intended to be outside the purview of the UFC, was quickly co-opted by UFC President Dana White who, just a few days later, told the media he had extended offers to both McGregor and Poirier . Well, almost 10 days later there is still nothing official, but Poirier at least is hopeful something will happen soon.

“I don’t really know, honestly, what’s going on with the whole situation,” Poirier said on UFC Unfiltered this week. “Of course I would take the fight. I would fight him, I would fight Tony (Ferguson), I just want big fights and I think that’s what’s coming. I would like to fight again this year. We’ll see. I haven’t heard back from negotiation side of the UFC or Conor, but it’s a new week and I’m hoping to hear something.”

It’s yet to be seen whether that hope will be in vain though. McGregor is currently involved in a spat with White regarding public comments White has made about McGregor turning down fights. In fact, that dispute is what led to McGregor’s offer to Poirier, but now that the UFC is involved, it’s possible McGregor may no longer be interested. After all, McGregor and Poirier have fought once before, with McGregor knocking out Poirier in the first round. It’s possible “Notorious” could view a real fight with Poirier as a high-risk, low-reward proposition for him. But Poirier disagrees. “The Diamond” believes that a rematch is the fight that makes the most sense for McGregor because it gets him back to what he says he wants: a shot at redemption against current lightweight champion Khabib Nurmagomedov.

Since submitting McGregor at UFC 229, Nurmagomedov has remained adamant he won’t give the former two-division champion a rematch. However, earlier this year, Nurmagomedov relented on that stance, saying that, should he defeat Justin Gaethje at UFC 254, his next lightweight title defense would either be against Georges St-Pierre or whoever could beat Poirier, and Poirier thinks that’s a mighty enticing carrot for McGregor.

“Look at it from his side, for sure there’s some upside there,” Poirier said. “Khabib said if him or Tony beat me that he would give them a shot at the title, so if that holds any weight, he’s looking at that. I don’t know what his ambition is, I don’t know how hungry he is to be the UFC lightweight world champion. If it is, a fight with me makes a lot of sense to get the next title shot.

“He could push for a fight with Tony. That would be an exciting fight. I’m a fan of the sport and I think that would be a good fight to watch, but Tony is coming off of a loss. I just had the interim title, I’m number two, I’m coming off of a win, a Fight of the Year contender, I think it makes more sense. Every fight is a chance or a risk, no matter how prepared you are. If you’re gonna risk something, do it with the top guy and get a title shot.”

Of course, it’s possible McGregor could still get a title shot anyway. White has consistently pushed for a rematch between Khabib and Conor (despite the one-sided nature of their first encounter) and there’s also the small matter of Gaethje, who Khabib will face later this month. If Gaethje is able to upset Nurmagomedov and claim the lightweight title, a bout with McGregor may not be too far off. But if that happens, or if for any other reason Poirier isn’t able to lock horns with McGregor, “The Diamond” is still looking to shine one more time before the year is over.

El Cucuy. Tony Ferguson reacts to UFC 254 scratch: ‘F*ck you. Pay me instead of this f*cking clown.’

Rematch. Dan Hardy interested in rematch with Carlos Condit: ‘He is a lethal individual.’

Wow. Attacking Tony With His Own Style.

You Turned Down The Fight With Me October 24 On The Biggest Card Of The Year…Now You’re Talking?

Aljo must not remember when they fought. . .

You don’t remember when I fought because @HenryCejudo beat the shit out of you for 3 RDs. Try not to run out of gas on Saturday.
.@MMARLONMORAES https://t.co/QyWIg1xxKq

“You fat Irish prick, you put my money to sleep, I put your brain to sleep”

⚡️
Dance on the grave of your enemies
Like no one is watching #ishouldhavetrainedmorespinningshit#thiswasthehardestpartofthefight#breakdancefighting pic.twitter.com/rVVw42iOyH

Durinho very defensive about his status.

Only thing that might change (not sure yet) it’s the date the goal still the same! So to the delusional stop bark and start to work (fight) pic.twitter.com/9OBhbvtSrq