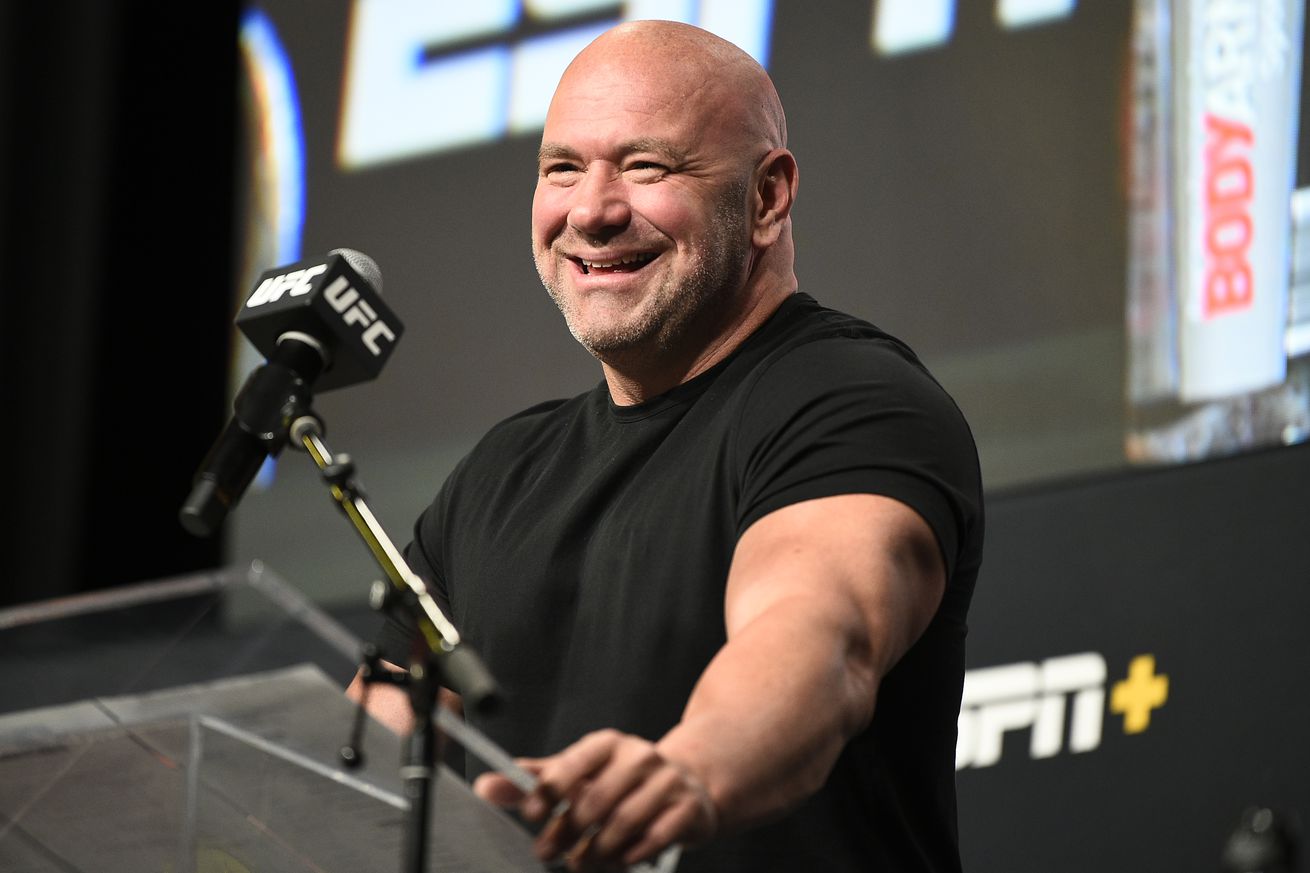 A Clark County (Nev.) judge on Wednesday dismissed a lawsuit against UFC President Dana White after a Las Vegas man convicted of extorting him over a sex tape sued for breaking a deal to keep him quiet.

Ernesto Joshua Ramos took White and the UFC to court in April, accusing the UFC executive of reneging on a deal to pay him after signing a nondisclosure agreement in connection with his guilty plea to a single felony extortion charge that sent him to prison for just under one year. White and the promotion sought to dismiss the lawsuit, arguing the deal was only an agreement to enter a mediation on compensation.

The LVRJ reported District Judge David Jones ruled that Ramos did not have a valid contract with White and dismissed the case from the bench after an hourlong hearing.

White’s attorney, Donald Campbell, and a UFC executive didn’t immediately respond to a request for comment. Ramos told MMA Fighting he was “surprised” by the verdict and added, “I don’t agree with what the judge said.” His attorney, Ian Christopherson, will appeal the case to the Nevada Supreme Court.

“The judge was clearly wrong, not only from the standpoint of applying the wrong standards for motion to dismiss, but his position is antiquated and somewhat nonsensical,” Christopherson told MMA Fighting.

White previously told Las Vegas Journal-Review, which first reported the dismissal, “I look forward to the court dismissing this quickly so I can get rid of these scumbags forever.”

Ramos, a personal trainer and real estate agent, was caught over a wiretap by the FBI accepting $200,000 in exchange for a video of White having sex with his then-girlfriend, an exotic dancer at the Spearmint Rhino club in Las Vegas. Ramos had intercepted the video from the girlfriend after she captured it on a trip to Brazil to see White, who was there for a UFC event. White began cooperating with the feds after Ramos’ threats. The girlfriend was not charged in the case that ensnared Ramos.

Ramos said the extortion charges were a setup after he confronted White about the video and threatened to go public. Ramos’ attorney Christopherson said the nondisclosure agreement shielded the promotion from embarrassment and potential financial losses months before the company was sold in 2016 for over $4 billion. In the suit against White and the UFC, Christopherson accused them of violating the Mann Act, which forbids transporting women internationally for immoral purposes.

At issue in the suit against White and the UFC was the interpretation of the mediation between Ramos and the UFC executive. Ramos’ attorney argued there was a valid agreement for compensation for signing the non-disclosure agreement, while White’s attorney countered it was only an agreement to discuss potential compensation and not a commitment to any figure. Campbell argued the sides did not have “a meeting of the minds” – White, according to Christopherson, simply refused to pay Ramos – and that ended their obligation.

White’s identity was shielded by a federal judge during the case with Ramos. But when Ramos sued, he named White as a defendant.