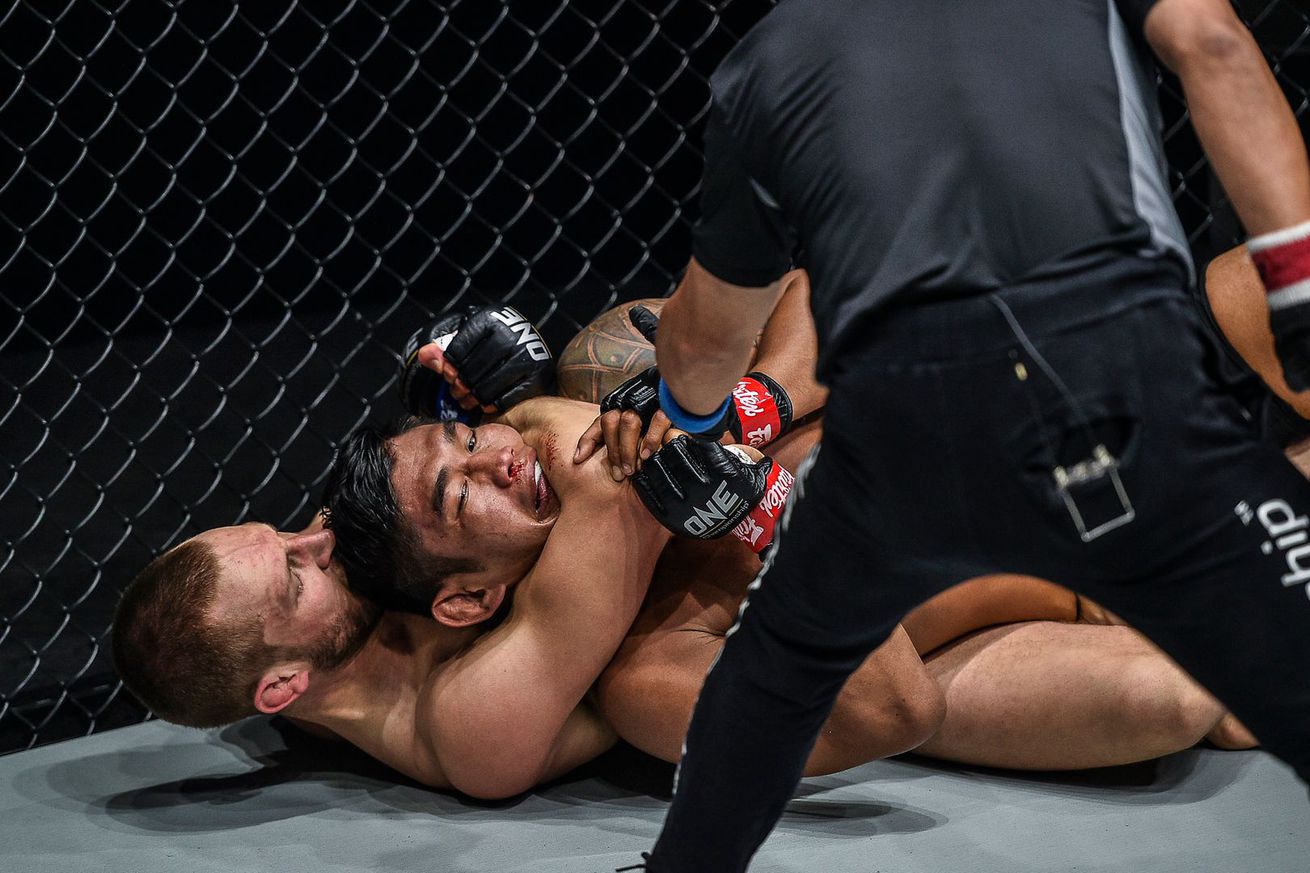 In the main event of ONE Championship: Inside the Matrix, unbeaten Dutchman Reinier de Ridder (13-0) needed less than a round to secure a fight-ending rear-naked choke on two-division champion Aung La Nsang (26-11, 1 NC) and capture the ONE 205-pound championship.

Reinier De Ridder puts the SQUEEZE on “The Burmese Python,” choking out Aung La N Sang in Round 1 to claim the ONE Middleweight World Title! #InsideTheMatrix #WeAreONE #ONEChampionship

Earlier in the evening, Thanh Le (12-2) became the new ONE 155-pound champion when he knocked Martin Nguyen (13-4) out in the third round. The former LFA standout is the first fighter to defeat Nguyen—a former champion at 145 pounds—in a 155-pound contest.

Two other championship bouts ended in successful defenses, with Christian Lee (14-3) retaining his 170-pound title by finishing the previously unbeaten Iuri Lapicus (14-1) inside of a round, and Xiong Jingnan (15-2) winning a unanimous decision in a rematch against Tiffany Teo (9-2) to defend her 125-pound title for a fourth consecutive time.

Is that the best you’ve got? #InsideTheMatrix #WeAreONE #ONEChampionship

See full results for ONE Championship: Inside the Matrix below: