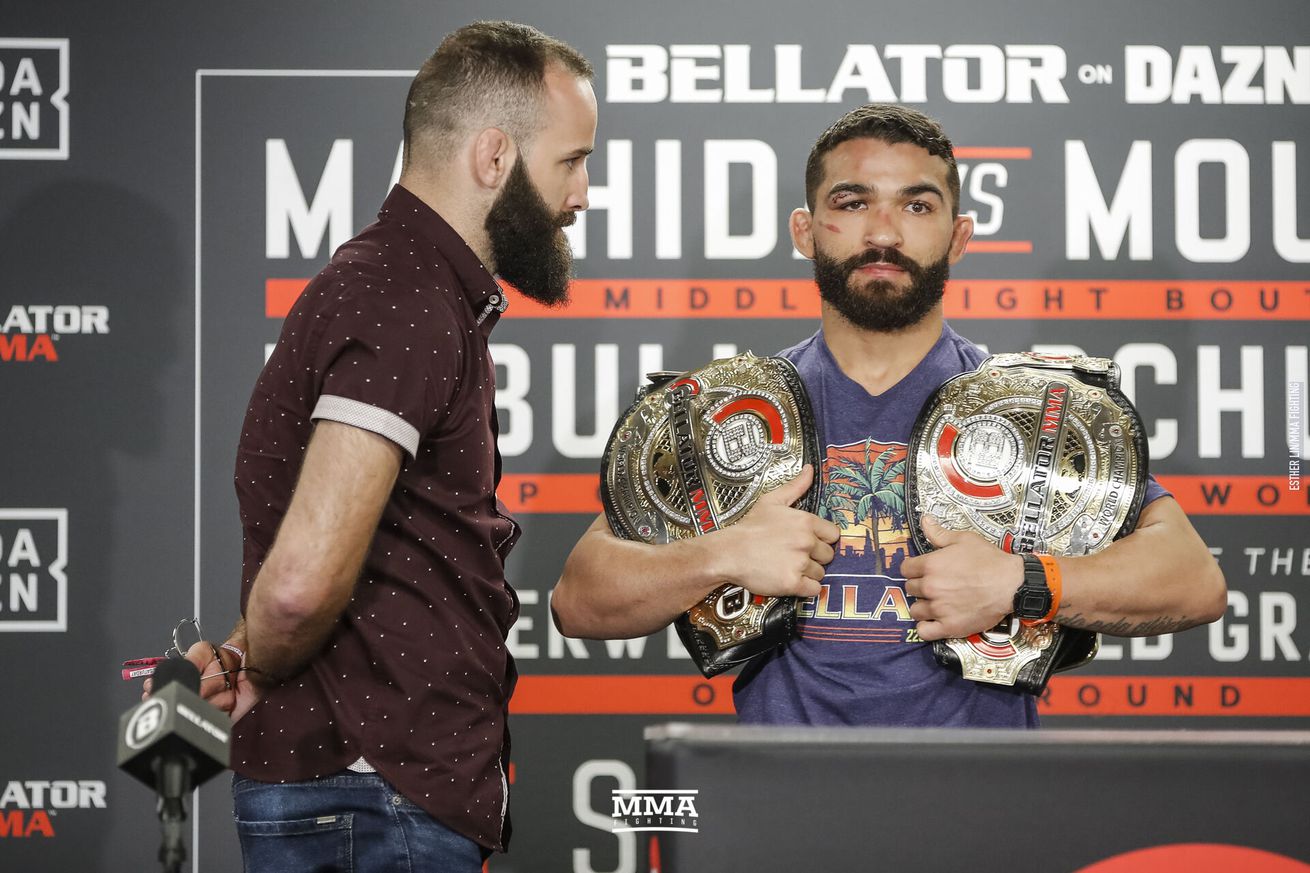 Patricio Pitbull and Pedro Carvalho are set to battle for the featherweight gold in November. | Esther Lin, MMA Fighting

Patricio “Pitbull” Freire and Pedro Carvalho will finally meet in the Bellator cage on Nov. 12, multiple sources told MMA Fighting on Tuesday. The event is expected to take place at the Mohegan Sun Arena in Uncasville, CT.

The featherweight title clash is part of a 145-pound grand prix that kicked off in 2019 but got paused due to the COVID-19 pandemic. The “Pitbull”-Carvalho quarterfinal bout was originally set for March 13, but the event was canceled hours before the fights took place in Uncasville due to the health crisis.

Freire (30-4), a two-division titleholder who puts his featherweight crown on the line every time he competes in the grand prix, defeated Juan Archuleta via decision in the opening round in Sept. 2019. Meanwhile, Carvalho (11-3) submitted Sam Sicilia earlier that month to make it to the quarterfinals.

The winner of this bout faces the winner of Emmanuel Sanchez vs. Daniel Weichel, which hasn’t been officially announced by the promotion yet. On the other side of the grand prix bracket, A.J. McKee battles former champion Darrion Caldwell for a spot in the final.