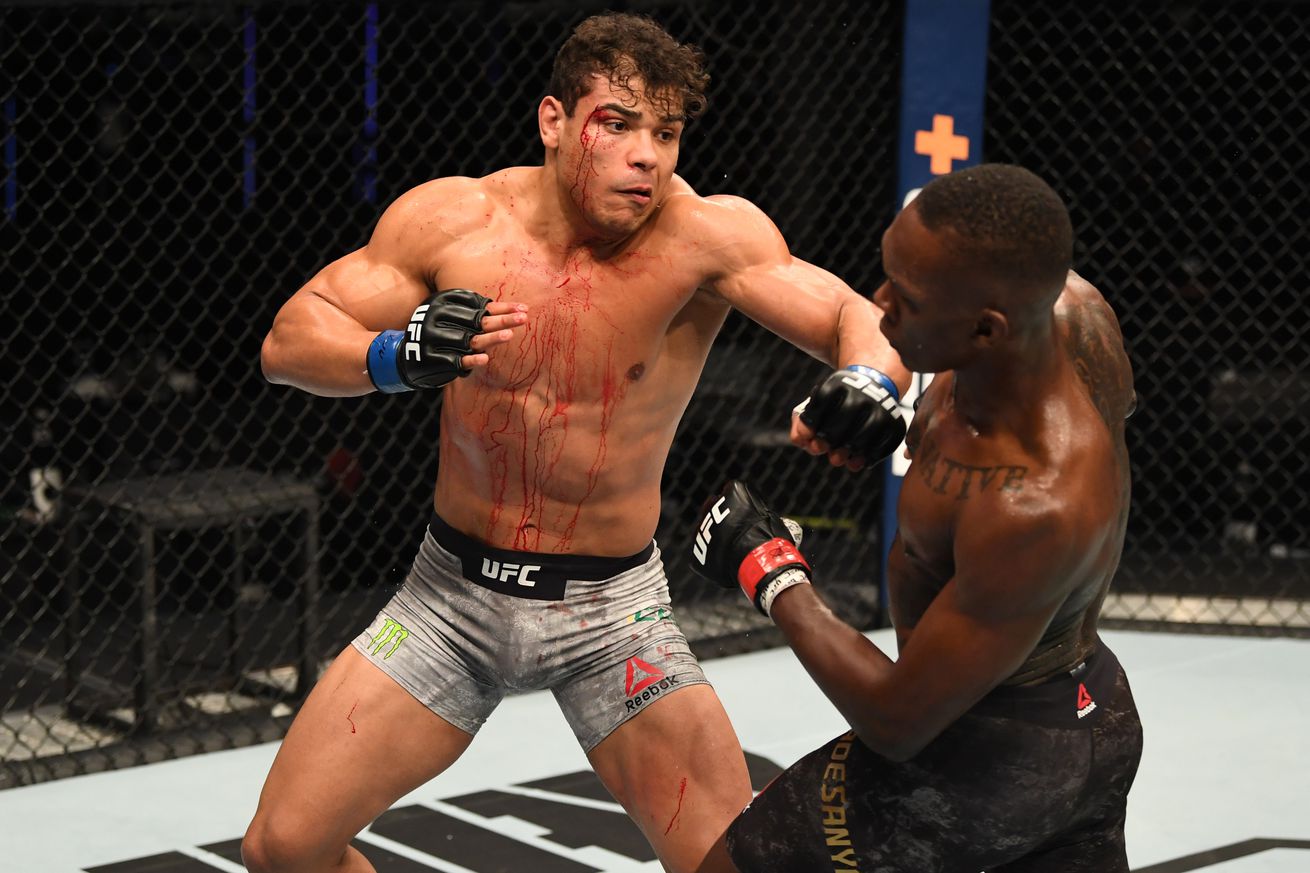 Paulo Costa is already calling for a rematch against Israel Adesanya after falling to the reigning middleweight champion this past weekend at UFC 254.

The source of his anger stems from Adesanya’s chosen post-fight celebration after he finished Costa with strikes in the second round.

Immediately after he dropped Costa with a short inside hook, Adesanya followed him to the ground with a few more shots before the referee stopped the contest. Before he stood back up against, Adesanya pretended he was riding Costa as he began his celebration while the Brazilian was still dazed on the canvas.

“I come here to talk about the actions that the human trash did after our fight,” Costa said during a video posted to his Instagram. “I didn’t see when I was there [in] the cage but I saw now. I disapprove 100 percent. To me, this is [personal] now. Nobody will stop me. Nobody can stop me.

“I want my rematch. You know I am waiting for you. Something happened before the fight, I’m not [making] excuses here to my people, to my fans but I will be 100 percent to fight him and to make him pay. That’s my word. Save my words.”

Adesanya is human trash. This has become a grave situation ! I saw his disgusting action after fight and I will not stop until I have my revenge. @danawhite make this rematch happen.

In a separate video posted in Portuguese, Costa doubled down on his criticism of Adesanya’s post fight celebration, which also included a heated exchange of words with his head coach Eric Albarracin as he stood outside the cage.

“You know me and you already know, I won’t come here with excuses, but I’ll be 100 percent in my next fight and I want to be 100 percent,” Costa said. “The Paulo ‘Borrachinha’ you all know how to fight, the way he fights, going forward at all times, trying to finish the fight at any moment. I just saw his unacceptable and disrespectful attitude and he will have to pay for that in the octagon next time. He will have to pay every penny in out next fight.

“Dana White, make this fight happen. I didn’t see what he did in the octagon until now. It’s a matter of honor now. Paulo ‘Borrachinha,’ aggressive as always. Dana White, make it happen. I will be 100 percent this time, no excuses, to rip this disrespectful clown’s head off.”

As much as Costa wants a rematch, it seems unlikely he’ll be granted that opportunity before picking up at least a couple of wins to climb back into title contention.

For his part, Adesanya wasted no time responded as he took to Costa’s Instagram page where he dropped a couple of messages aimed at the latest opponent added to his win column.

“I can stop you again,” Adesanya said to Costa. “Dislike.”