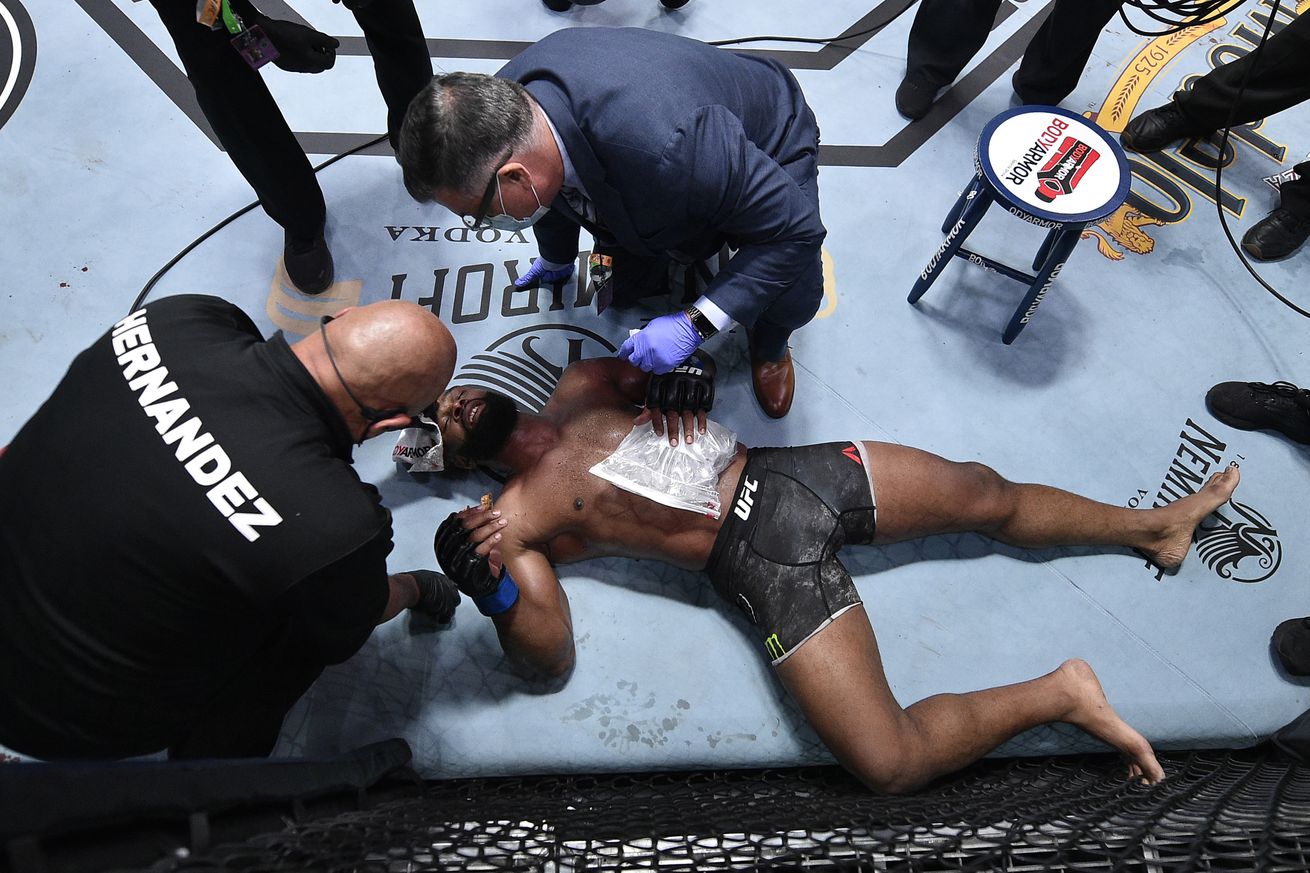 Woodley’s fight was waved off in the fifth round of his headliner opposite Covington this past Saturday at UFC APEX. The ex-champ cried out in pain after setting up a guillotine choke, and he lay on the mat afterward as officials tended to him.

An X-ray of Woodley’s torso, obtained on Sunday by MMA Fighting, appears to show a badly broken rib.

Woodley told ESPN.com he had popped his rib earlier in the fight, and when he attempted to use the guillotine to stand, it popped out again.

“It was the most pain ever,” he said.

White has repeatedly clashed with Woodley during the former champ’s reign as titleholder. Woodley once demanded a public apology after the promoter tore apart his performance in a title defense against Demian Maia.

On Thursday, Woodley appeared at a press conference for UFC Vegas 11 and answered every question by including the phrase Black Lives Matter. The gathering originally was scheduled to feature both Woodley and Covington on the same stage, but White said he chose to separate them because he wanted to feature the fighters on the preliminary card.

After the fight, Woodley said he didn’t know “what the f**k happened” in the fight and vowed to dust himself off and move on. With a broken rib, he’s likely to face a medical suspension that will give him time to regroup.