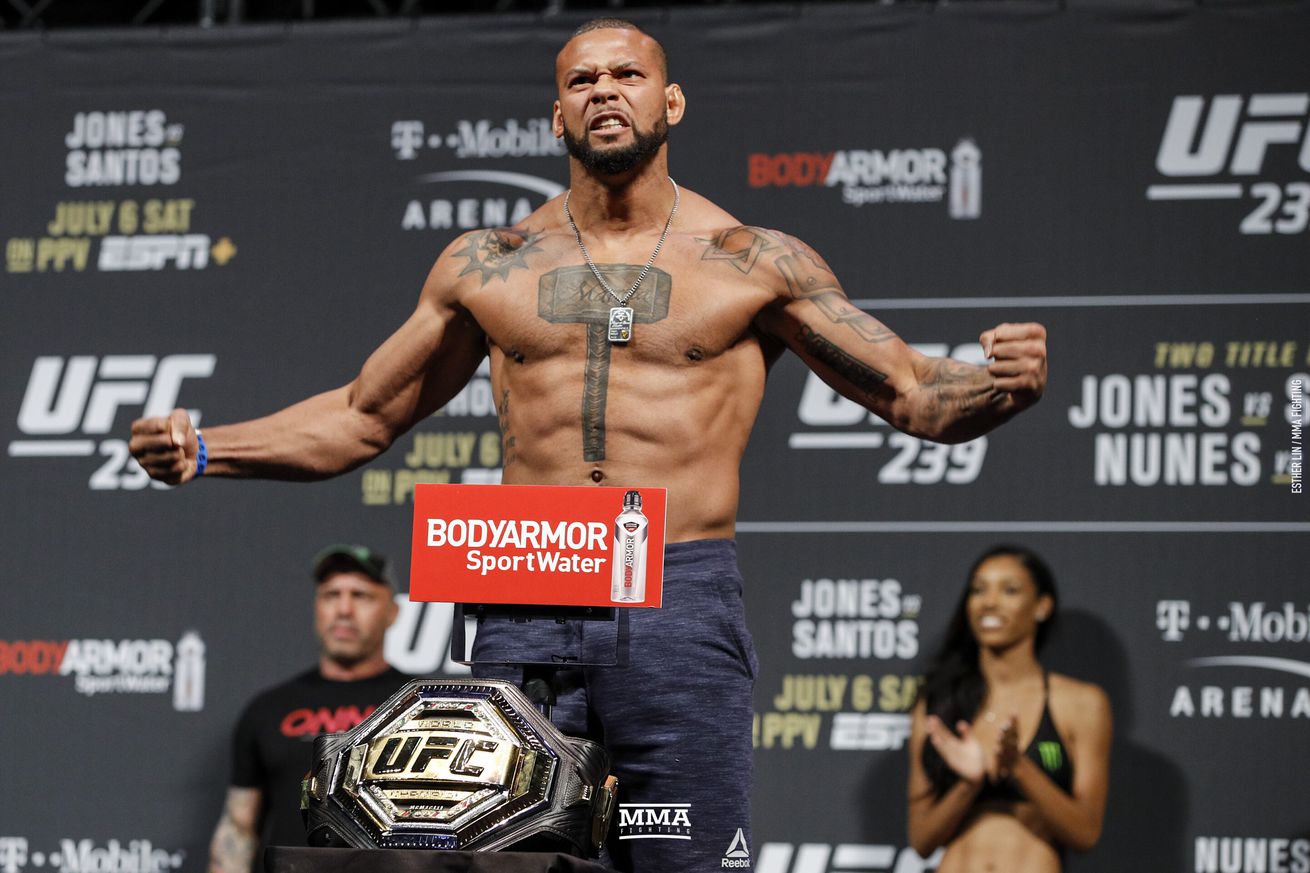 The third time could be the charm for Thiago Santos and Glover Teixeira.

The light heavyweight contenders are in talks to headline a UFC show on Nov. 7, following previous postponements of the matchup from Sept. 19 and Oct. 3, MMA Fighting confirmed with people with knowledge of the news. ESPN was first to report the re-booking.

Both prior bookings were altered due to COVID-19, with Teixeira testing positive for the virus ahead of the original date and then Santos receiving a positive test ahead of the first re-booking. The matchup is expected to produce a No. 1 contender for the winner of this weekend’s vacant UFC light heavyweight title bout between Dominick Reyes and Jan Blachowicz.

Teixeira (31-7) most recently fought in May, defeating fellow one-time light heavyweight title challenger Anthony Smith by fifth-round TKO after dominating the later rounds of the fight. He has won four straight bouts and five of his last six.

Santos (21-7) has not competed since a split decision loss in a light heavyweight championship fight with Jon Jones in July of last year. “Marreta” won four straight to earn that shot, but required knee surgery to address injuries that he acquired while fighting Jones.