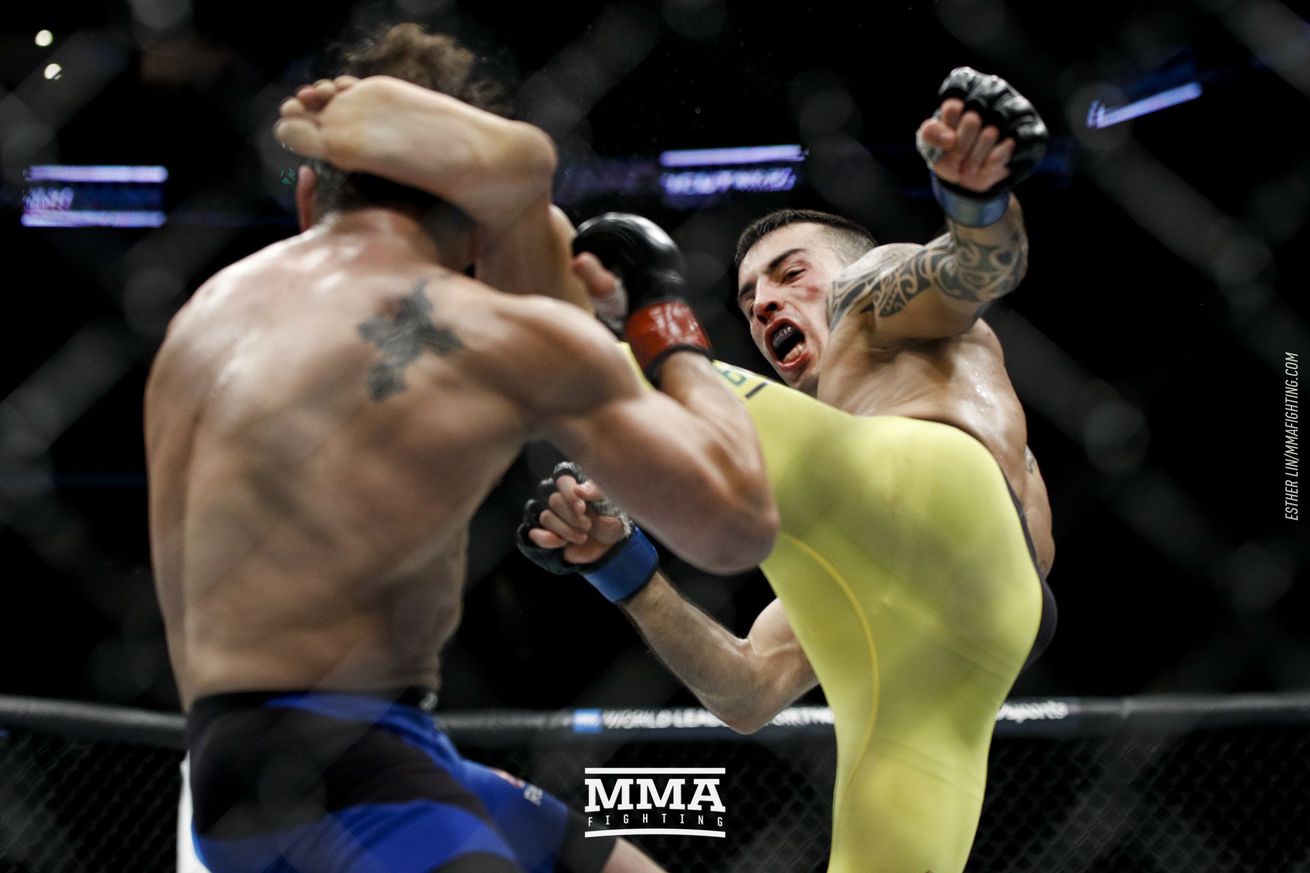 Thomas Almeida looks to get back to the winning column almost four after his last UFC victory | Esther Lin, MMA Fighting

Thomas Almeida will fight in October after all, but not this Saturday night.

The UFC searched for a new opponent to face the Brazilian bantamweight after originally scheduled Oct. 10 foe Alejandro Perez tested positive for COVID-19, and has now booked him in a 145-pound bout with Jonathan Martinez at next week’s UFC Fight Island 6 on Oct. 17.

Multiple people with knowledge of the booking confirmed the news to MMA Fighting following a report from MMA Junkie.

A natural bantamweight as well, Martinez (12-3) takes the call on less than two week’s notice. The 26-year-old talent, who stopped Frankie Saenz in August, is 3-2 under the UFC banner with two of his victories coming by way of knockout.

Almeida (22-3) finally makes his return to the octagon almost three years after his past appearance, sidelined due to an eye injury that required surgery. “Thominhas” saw his incredible rise in the sport stopped by Cody Garbrandt in 2016, followed by two losses in his next three bouts.

The Fight Night event will be headlined by a highly anticipated featherweight showdown between Brian Ortega and “The Korean Zombie” Chan Sung Jung in Abu Dhabi. The card also includes former strawweight champion Jessica Andrade moving up to 125 pounds to battle Katlyn Chookagian.