Dominick Reyes cemented himself as the No. 1 contender when he took out a former champion.

In his first main event, Reyes faced former UFC middleweight champion Chris Weidman at UFC on ESPN 6, and it didn’t take long for him to make his mark.

After the first exchange, Weidman got Reyes down for a brief takedown, but Reyes was able to pop back up quickly. Weidman stayed grabbing a hold of Reyes, but Reyes managed to defend well and disengage.

Weidman threw a body kick, followed by a straight right, but was countered with a crushing left that dropped him. Reyes followed that up with big hammer fists, knocking Weidman out cold in under two minutes.

The win earned Reyes a shot against then-UFC light heavyweight champion Jon Jones at UFC 247. Reyes took Jones to the brink, but was edged out in a decision loss.

Jones later relinquished his belt, leaving the door open for Reyes (12-1 MMA, 6-1 UFC) and No. 1 contender Jan Blachowicz (26-8 MMA, 9-5 UFC) to battle for the vacant title in the co-main event of UFC 253, which takes place Saturday at Flash Forum at Yas Island in Abu Dhabi. The main card airs on pay-per-view following prelims on ESPN2 and ESPN+.

Before he faces Blachowicz, relive Reyes’ finish of Weidman in the video above. 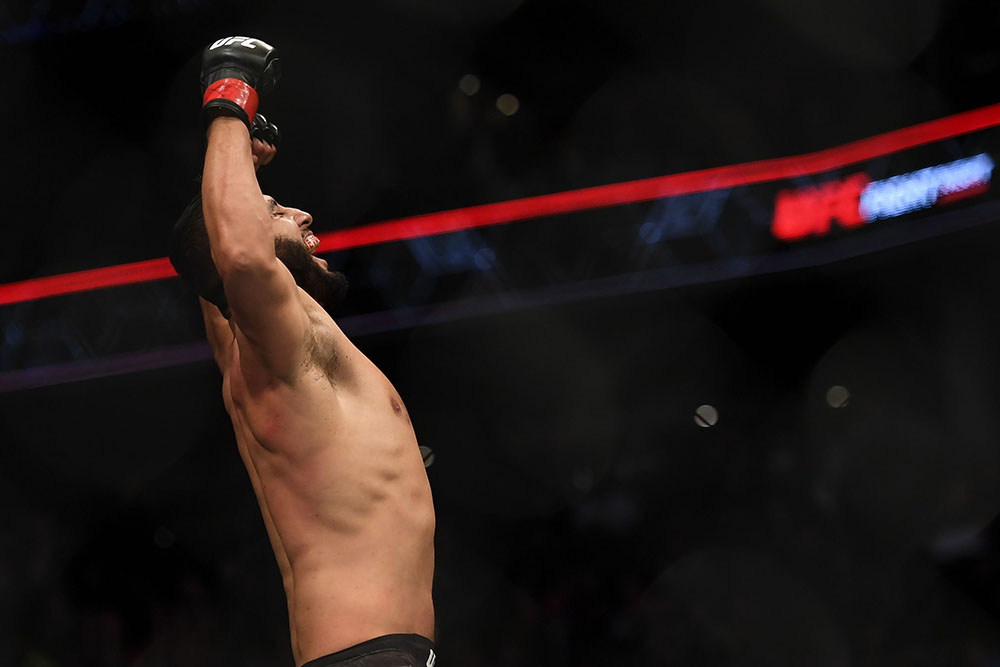