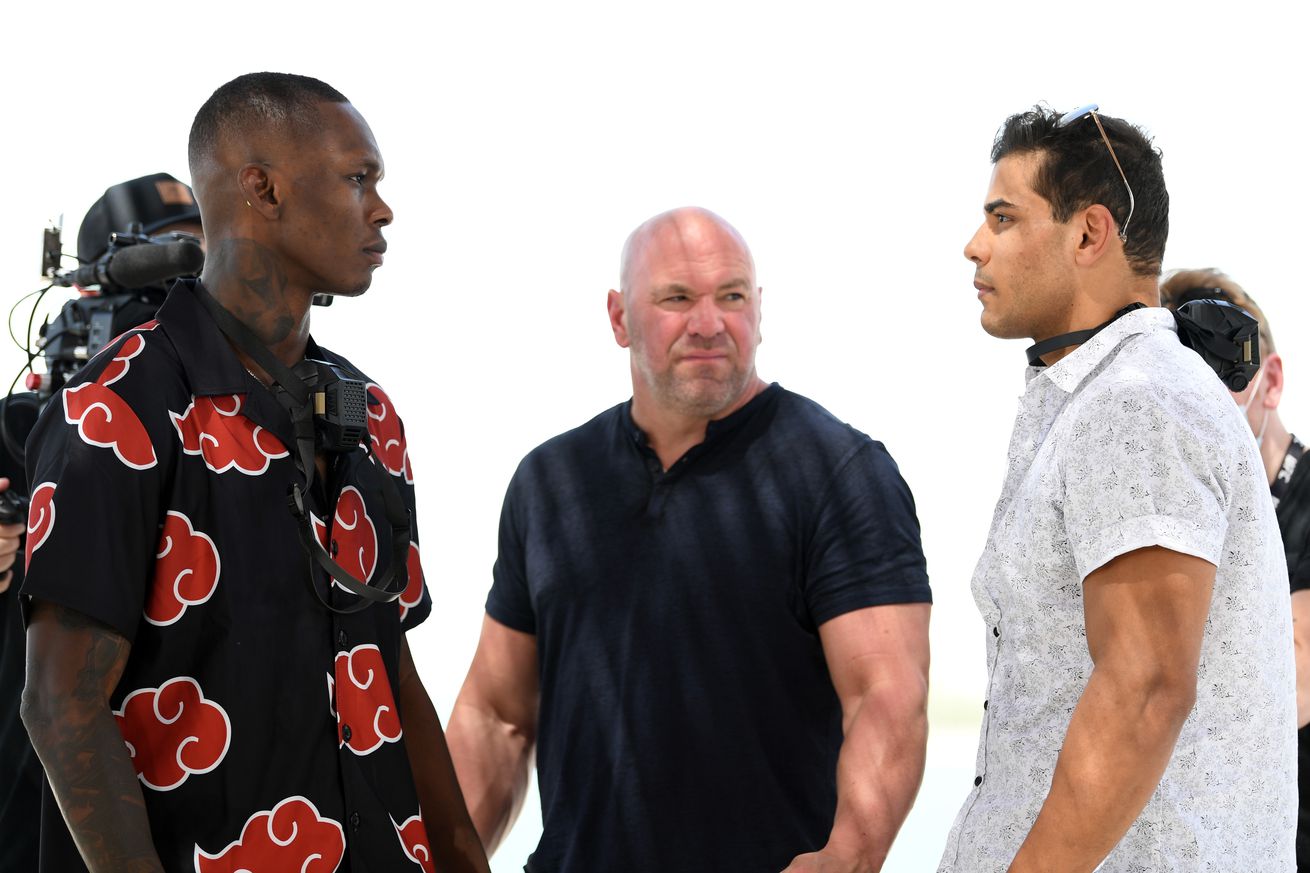 This is the UFC 253 live blog for Israel Adesanya vs. Paulo Costa, the middleweight headliner for Saturday’s fight card on Fight Island in Abu Dhabi.

The main event is a rare meeting of two undefeated fighters in a UFC title fight, and it’s been a long time in the making. The two have traded countless insults in the media, and Adesanya confronted Costa just after capturing the undisputed title from Robert Whittaker at UFC 243. The two were expected to fight, but a bicep surgery took Costa out of the running, and Yoel Romero, a previous Costa victim, got the next title nod. Adesanya defended the title, setting up the showdown against Costa, a muscled finisher who’s only trip to the scorecards came against Romero. Adesanya attempts the second defense of his title in what’s been billed as one of the most important middleweight title fights in history.