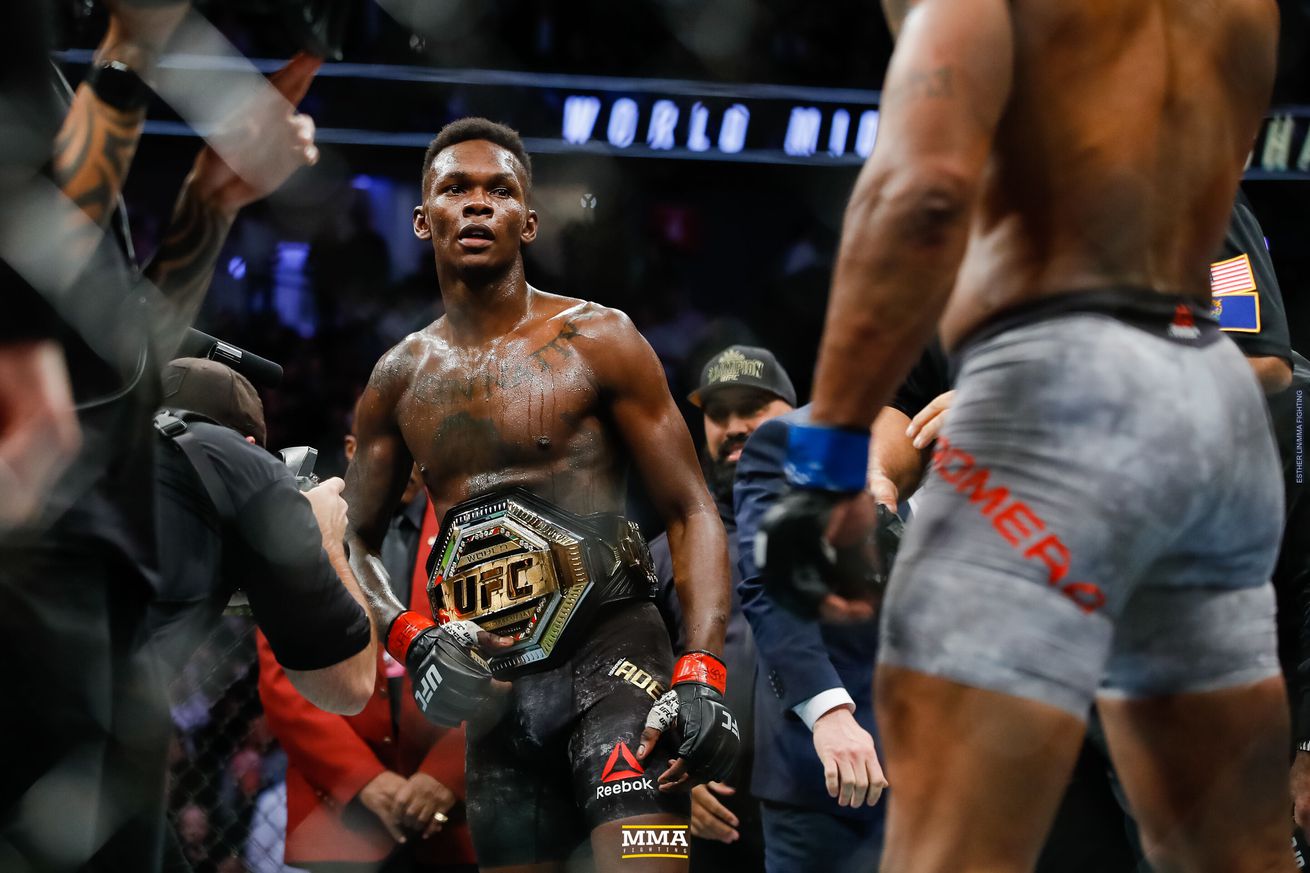 The UFC is heading back to Fight Island and bringing a pair of world title fights for its return.

UFC 253 takes place next Saturday night in Abu Dhabi headlined by the highly anticipated battle of the unbeatens between Israel Adesanya and Paulo Costa for the middleweight title. In the co-main event, Dominick Reyes battles Jan Blachowicz for the vacant light heavyweight title.

On Friday, the promotion released the official poster for the event.

Adesanya will look to make it a perfect 20-0 as he defends his title for the second time. After earning the interim middleweight title with a victory over Kelvin Gastelum at UFC 236, “The Last Stylebender” became the undisputed 185-pound titleholder with a second-round knockout of Robert Whittaker at UFC 243. Adesanya went on to defend his title against Yoel Romero at UFC 248, where he picked up a unanimous decision win.

Costa gets his first shot at UFC gold after winning all five of his octagon appearances, finishing four of those. “The Eraser” has defeated such names as Romero, Uriah Hall and Johny Hendricks on the road to a battle with his bitter rival.

Reyes and Blachowicz look to become the first 205-pound champion not named Jon Jones or Daniel Cormier in almost a decade after Jones recently vacated the title to turn his attention to the heavyweight division.

Here is the UFC 253 fight card as it currently stands: