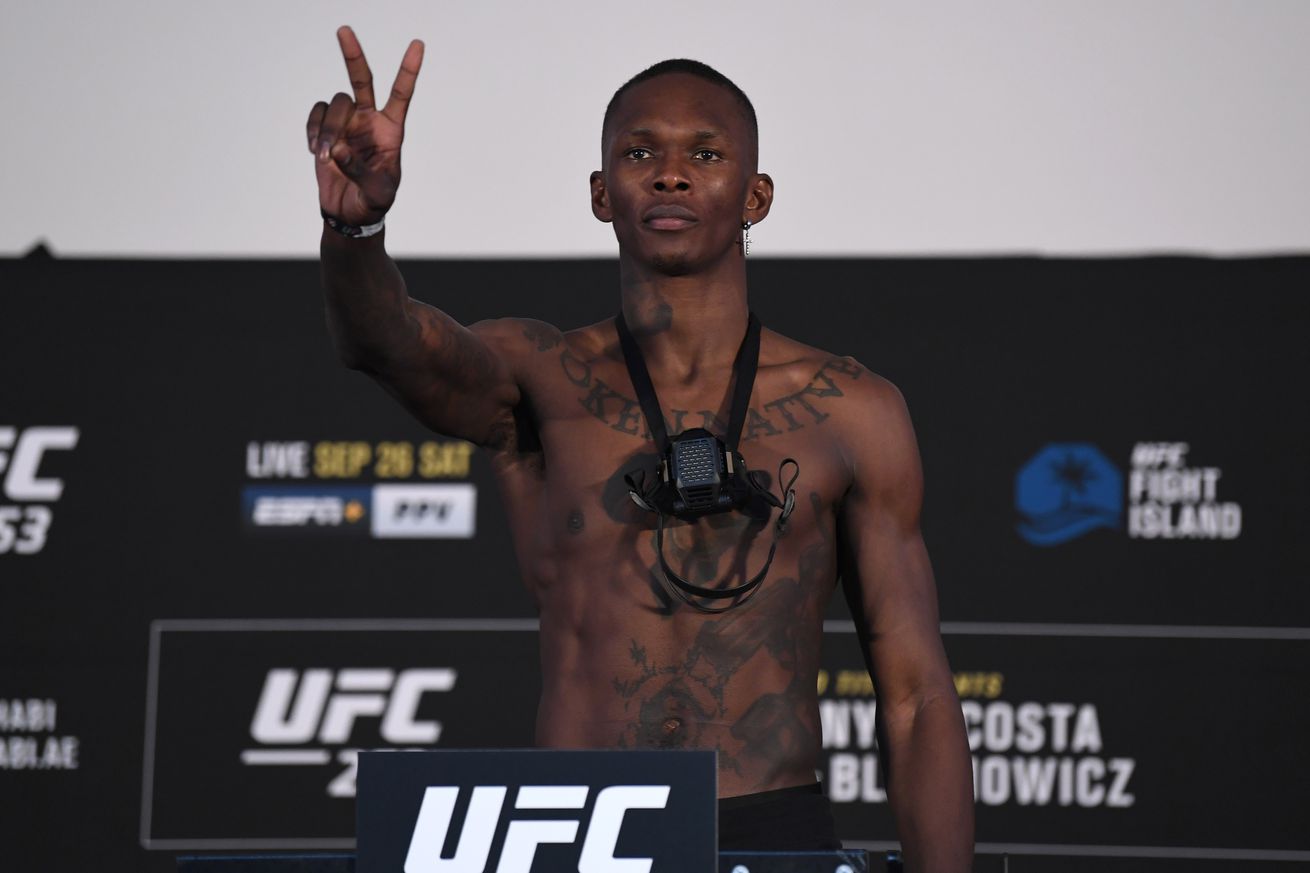 The UFC 253 start time, TV schedule for the Israel Adesanya vs. Paulo Costa event at the Flash Forum on Yas Island in Abu Dhabi, United Arab Emirates on Saturday night. The fight card is broken into three different parts and airing on three different mediums. This post will help explain which fights are airing where and at which times.

The show kicks off with the early prelims on ESPN+ and UFC Fight Pass. That portion of the show is as follows:

The show will stay on ESPN+ if you are streaming, but moves to ESPN2 as well at 8 p.m. ET. The portion of the show is as follows:

UFC 253 turns into a pay-per-view at 10 p.m. ET on ESPN+. The main card features five fights, including two title fights. Israel Adesanya defends his UFC middleweight title against Paulo Costa, while Dominick Reyes and Jan Blachowicz will square off for the UFC vacant light heavyweight title.

The portion of the card is as follows: