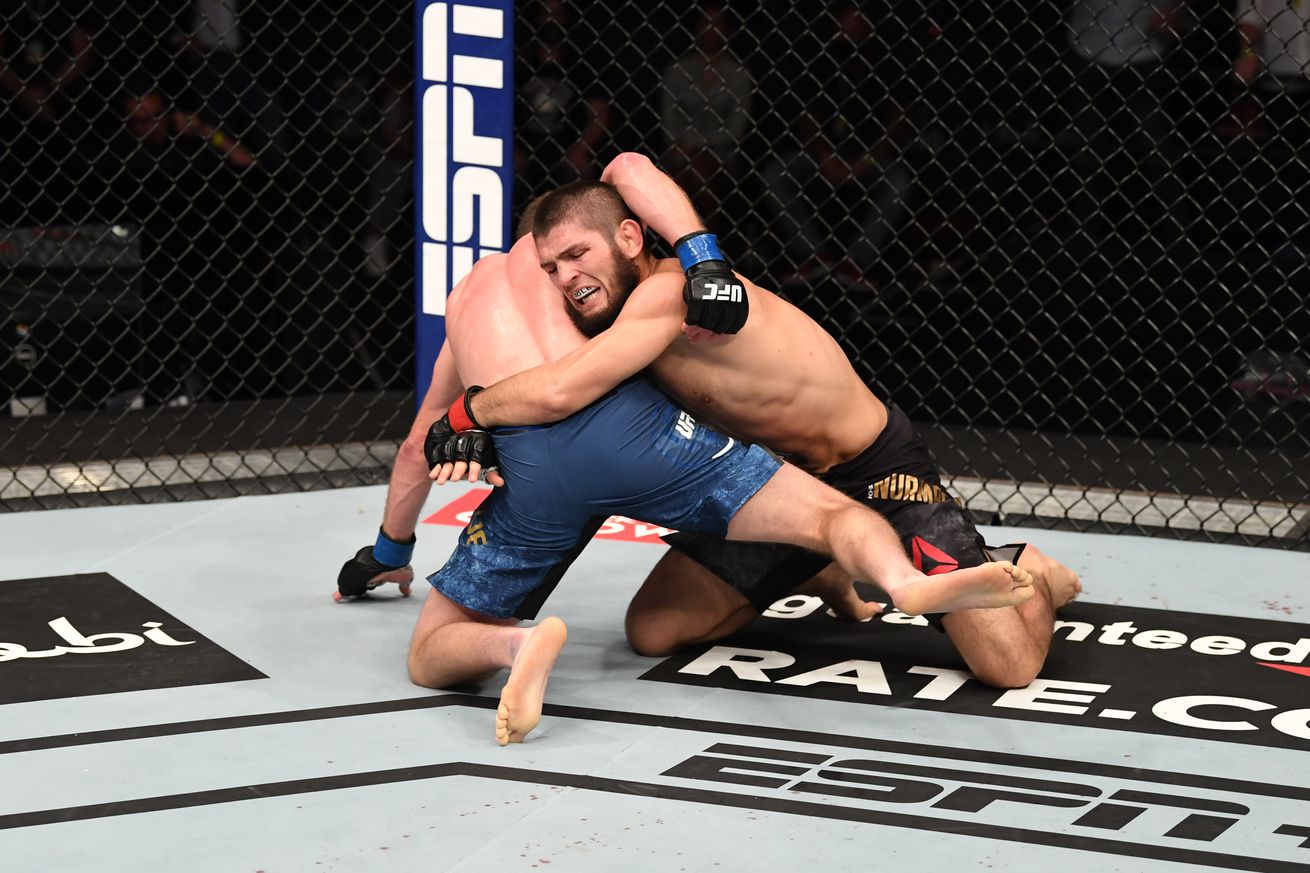 In what could be Khabib Nurmagomedov’s last performance, he earned himself some extra recognition from the UFC.

Nurmagomedov earned one of Saturday’s $50,000 Performance of the Night bonuses with his triangle choke submission of Justin Gaethje in the second round of the UFC 254 lightweight championship main event in Abu Dhabi.

It was the third straight and apparently final successful title defense for Nurmagomedov as he announced his retirement immediately after the bout. His pro record stands at 29-0.

The other Performance of the Night bonus went to light heavyweight Magomed Ankalaev. In a rematch with Ion Cutelaba that had been postponed several times, Ankalaev finally put their controversial first meeting behind them with a no-doubt first-round knockout victory.

Bantamweights Casey Kenney and Nathaniel Wood won Fight of the Night for their close three-round bout (that actually was booked as a 140-pound catchweight affair) that took place on the preliminary portion of the card. Kenney earned a unanimous decision to score his second win in three weeks and improve his UFC record to 5-1.