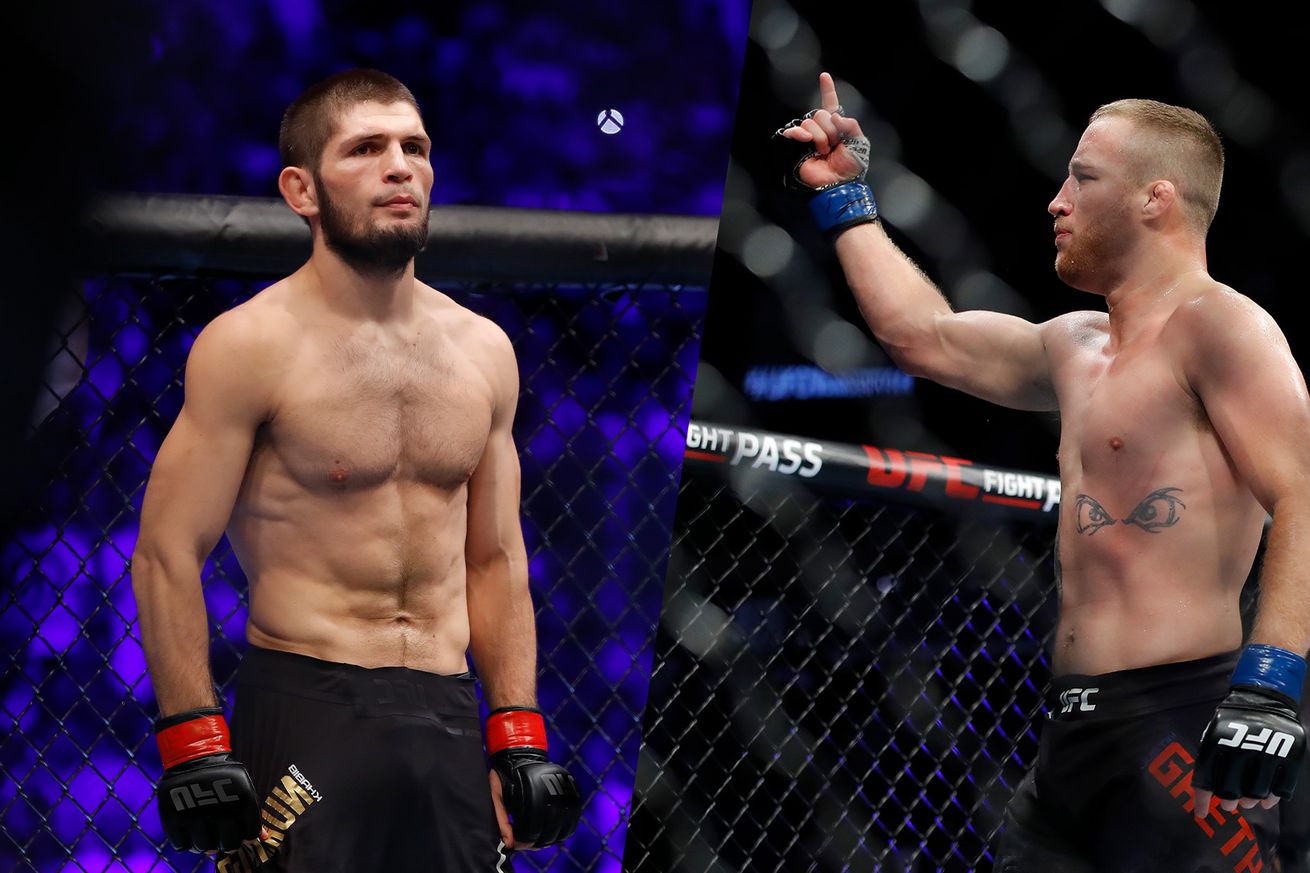 The UFC has released the poster for a highly anticipated lightweight title unifier between undisputed champ Khabib Nurmagomedov and interim champ Justin Gaethje at UFC 254.

In a nod to the bout’s importance – and the fight card’s top-heavy draw – the champs get all the promotional real estate to themselves.

Your #UFC254 poster has just dropped!

UFC 254 takes place Oct. 24 on Fight Island in Abu Dhabi. It’s the second pay-per-view event of the promotion’s second residency in the Middle East after a spate of shows on home turf in Las Vegas.

A pivotal middleweight matchup between ex-champ Robert Whittaker and Jared Cannonier serves as the event’s co-headliner. Cannonier was identified as the No. 1 contender by Israel Adesanya after the middleweight champ ran roughshod over Paulo Costa this past Saturday at UFC 253.

Currently, there are 12 bouts planned for UFC 254’s fight card.

The title unifier between Nurmagomedov and Gaethje was originally targeted for UFC 253, but it was pushed back after the passing of Nurmagomedov’s father, Abdulmanap, due to complications from COVID-19. The coronavirus pandemic stalled Nurmagomedov’s title plans when he was unable to leave his native Russia for a long-awaited bout with Tony Ferguson at UFC 249. In Nurmagomedov’s place went Gaethje, who seized the initiative and stopped Ferguson in the fifth round to become the interim champ.