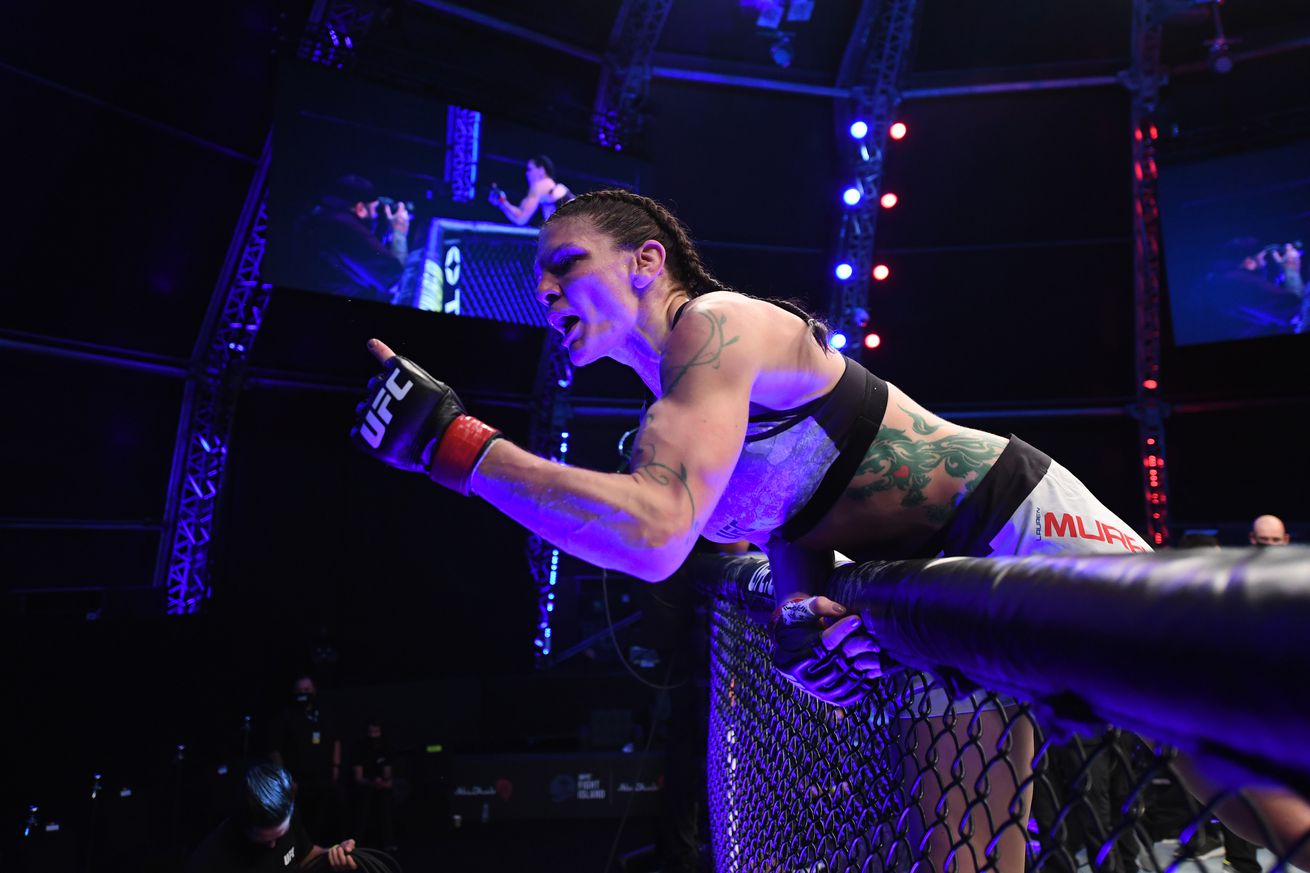 After her originally opponent Cynthia Calvillo was forced off UFC 254 following a positive test for COVID-19, Murphy told the matchmakers to find her an opponent and she’d still pick up a win in Abu Dhabi. She certainly delivered after picking up her first career submission by tapping out UFC newcomer Liliya Shakirova with a rear-naked choke in the second round.

“I feel amazing,” Murphy said after her win. “This has been one of the best weeks of my life.

“I believe with this finish tonight, I’ve proven I’m the true No. 1 contender in this division. I should be next in line for a title shot.”

@LaurenMurphyMMA stating her case at the top of the division!

Before calling for the title, Murphy first had to dispatch Shakirova and she actually started the fight by stalking her across the octagon and showcasing her striking. In return, Shakirova attempted a couple of takedowns but Murphy was quick to defend and power out of any bad positions.

As time passed, Murphy seemed to discount Shakirova’s punching power on the feet while throwing her combinations, which often times included knees to the body on several occasions.

Eventually, Murphy opted to take the fight down to the ground, which then allowed her to shred Shakirova’s defense while applying pressure with her grappling game.

Once Murphy took the back, she immediately sunk her arms around Shakirova’s neck and the end was near for the UFC newcomer. The tap came at 3:31 into the second round.

Murphy has now earned four wins in a row with two finishes during that streak. Reigning flyweight champion Valentina Shevchenko is currently eyeing a November fight against Jennifer Maia but Murphy did everything possible to put her name as the next person in line to compete for that 125-pound title.