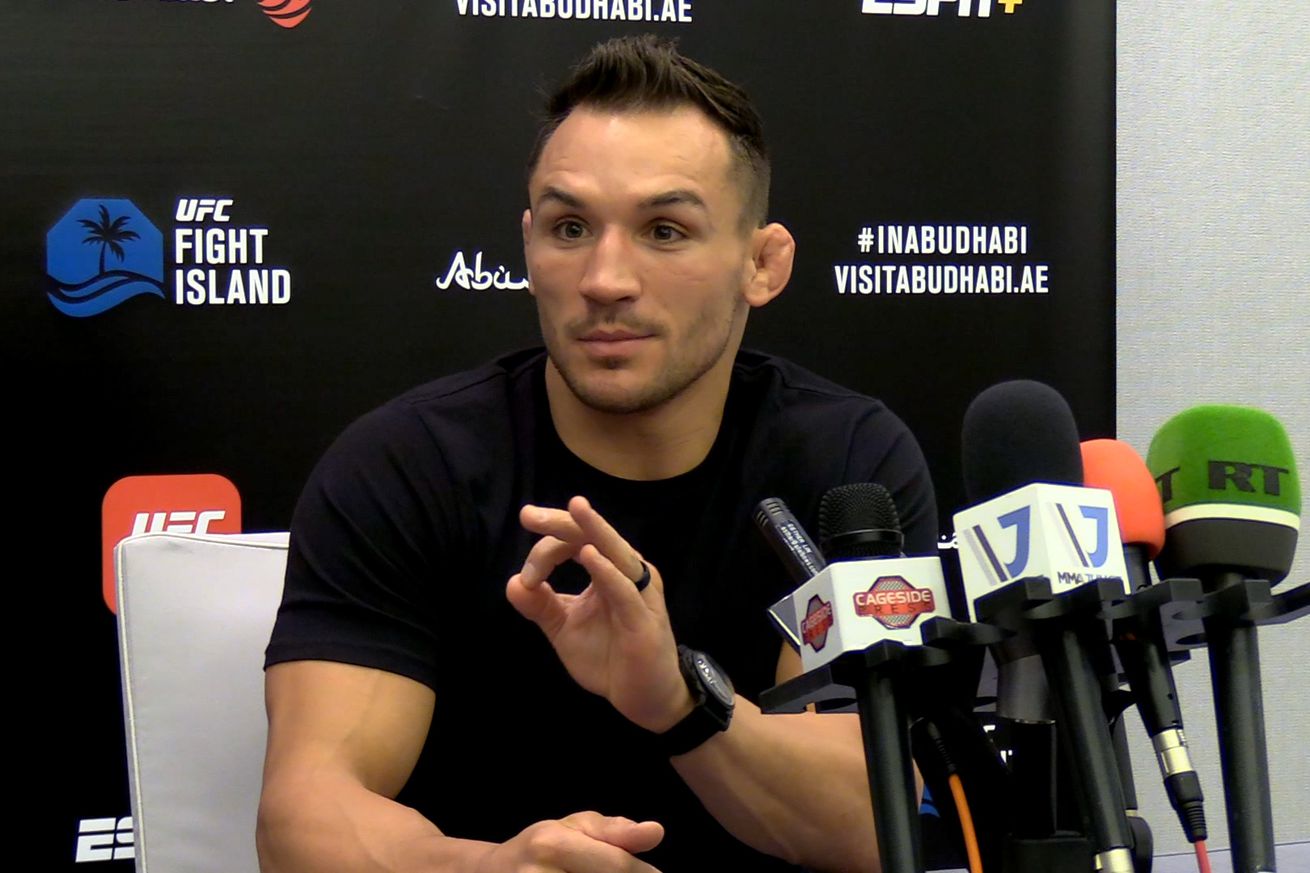 ABU DHABI – If he doesn’t fight Khabib Nurmagomedov or Justin Gaethje at UFC 254, Michael Chandler has an opponent in mind for his octagon debut.

Chandler, on deck as a backup in case the undisputed or interim champ are unable to fight on Saturday, named Tony Ferguson as an ideal opponent if all goes according to plan.

“I think Tony Ferguson’s the scariest guy in the division. He’s got a screw loose, and he fights like it, and it’s admirable.”

Chandler said he’s spoken to the promotion about options for his career, though he declined to go into detail about any specific plans. Right now, he’s still focused on his job of staying ready in case anything goes south with the highly anticipated title unifier.

By the time Nurmagomedov and Gaethje are strappling on gloves, Chandler will have undergone seven coronavirus tests and quarantined two weeks just to see his backup opportunity fail to materialize. But, of course, that’s what he signed up for, and he’s being compensated for the trouble.

Chandler is unsure exactly when he’s officially off the hook, but he’s not stressed about it.

“I understand the UFC’s got bigger things to worry about than telling me when I can take my blinders off and put my fan hat on and watch the fight,” he said, later adding, “I haven’t really thought about it, although it would be nice to know when I can take a bite of pizza or an adult beverage.”

A UFC contract immediately put a target on Chandler’s back. When a fight between Dustin Poirier and Ferguson fell apart over contract negotiations, he was put in the middle of a spat between the promotion and its fighters. He and Ferguson exchanged unpleasantries over social media. Nurmagomedov dismissed him as a threat. Then fans started calling him a chicken after Islam Makhachev lost his UFC 254 opponent, ex-champ Rafael dos Anjos, and he didn’t step in.

Chandler was never offered the Makhachev doubt, he said, but that wasn’t the plan that was in place when he agreed to stop everything and start training for a fight that might or might not happen.

If he doesn’t fight on Saturday, Chandler is eyeing a break as much as top-ranked opponents like Ferguson.

“My body’s been going since March,” he said. “When the pandemic hit, I was training for that last fight on my last contract [with Bellator] to get into free agency, and I felt it this camp. I’m a fighter and I want to strike while the iron is hot. But I want a little time off, so we’ll see.”

If the UFC wanted to get him on board, he said a coaching spot on The Ultimate Fighter opposite Ferguson could do the job.

“Everything changes with circumstances like that,” he said. “I would miss the heck out of my family. My body would probably revolt against me, but I think I would say yes to that. I was always a fan of The Ultimate Fighter.

“Revitalizing that franchise under the UFC banner is something that I would love to at least have my name thrown into the hat. That’s something I would take a big look at, and I love Las Vegas.”

The willingness to leap into uncertainty has taken Chandler halfway around the world. It may or may not pay off. If the UFC 254 main event takes place, and a fight between Dustin Poirier and Conor McGregor is booked for January, Ferguson will be his target.