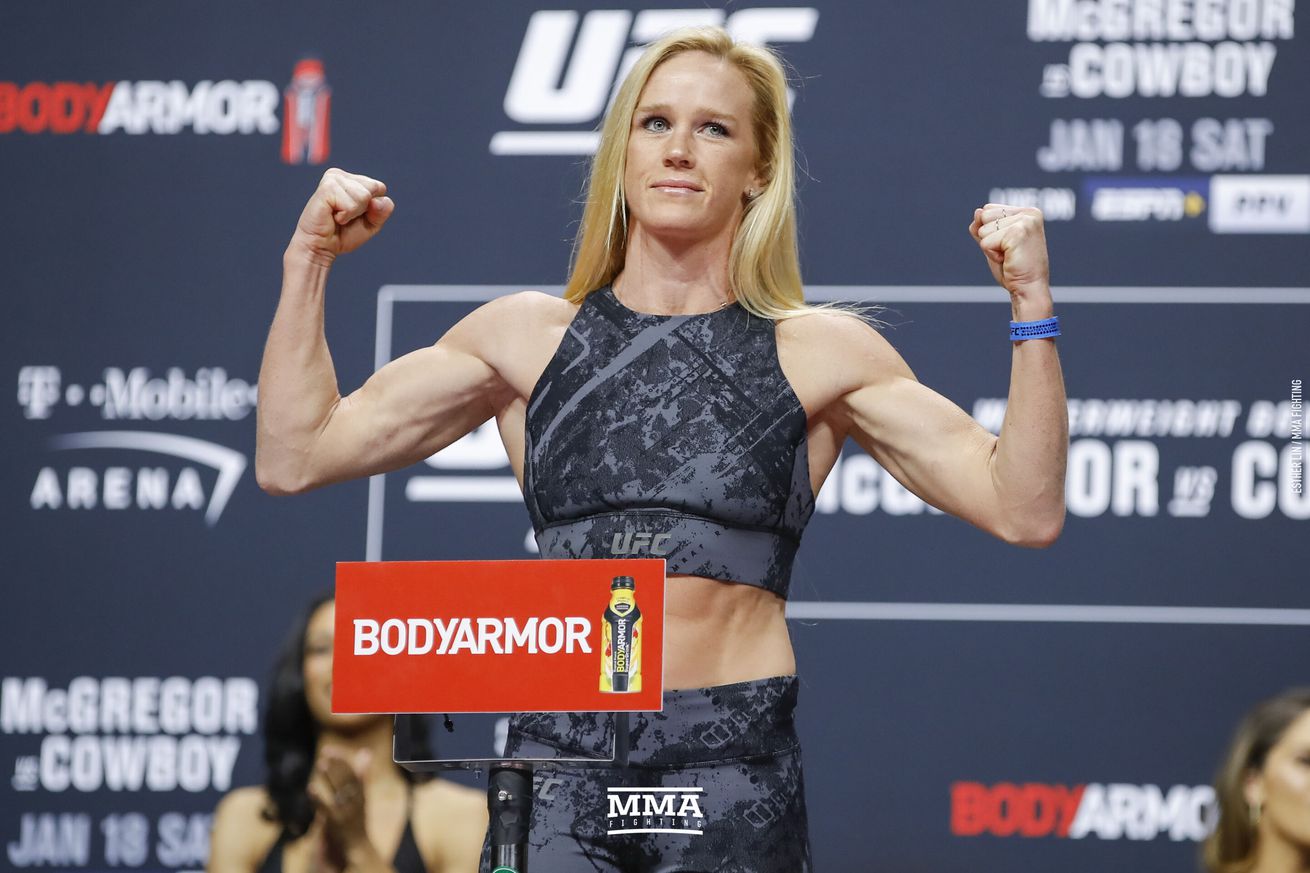 A women’s bantamweight bout headlines the second of five events on the UFC’s return to Fight Island.

On Saturday afternoon, the UFC released the official poster for the event.

Holm looks to stay on the winning track following her unanimous decision win over Raquel Pennington at UFC 246 in January. “The Preacher’s Daughter” has bounced between wins and losses in her past six fights, which include three UFC title shots.

Aldana, 32, has won two straight and five of her past six octagon bouts. She hopes to parlay a win over a former champion into a title shot of her own. After picking up a unanimous decision win over Vanessa Melo in September 2019, Aldana opened a lot of eyes with a ferocious first-round knockout win over Ketlen Vieira at UFC 245. This will be her first fight of 2020.