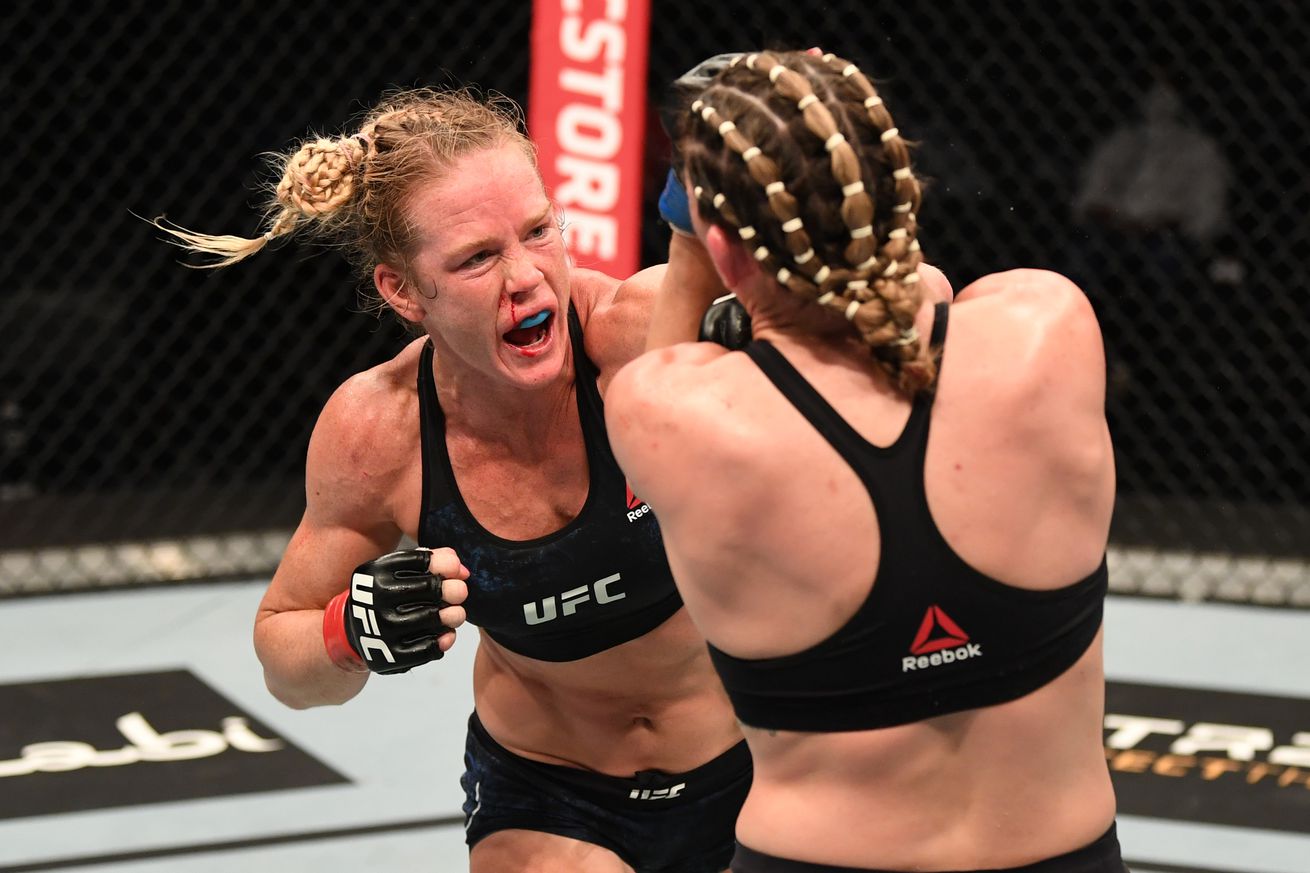 Former champ Holly Holm badly needed to beat Irene Aldana to preserve her hopes of getting another title shot. She did that with flying colors at UFC Fight Island 4.

The former bantamweight titleholder dominated Aldana over five rounds, earning a unanimous decision with a vintage striking performance mixed with wrestling that denied Aldana a single round.

Here’s how fighters reacted to Holm’s win, as well as other fights at UFC Fight Island 4.

I feel like this is the best Holly has looked. If she fought like this every fight, I’d probably be more of a fan!
She looks amazing. #UFCFightIsland4

Side kick , cardio and grappling from @HollyHolm if anybody can beat @Amanda_Leoa it’s Holly.

Aldana has to try something different #UFCFightIsland4

This is like a dog circling to catch its tail.
No change of direction.
No cutting off the octagon.
No feints or leg kicks to slow down movement.
No disrespect, but where’s the cornering advice? Can’t do the same thing for 20min and expect different results. #UFCFightIsland4

Yorgan is the security guard at the high school we both went to. #UFC #FightIsland4

This ref does not mess around with the clinch #UFCFightIsland4

the ref’s a hater. #UFCFightIsland4

I wish the ref would stop breaking them up on the fence. Felipe isn’t doing shit. I hate when fighters get backed up on the cage and complain to the ref. Get your ass off if you don’t wanna be there #UFCFightIsland4

When she got subbed by Valentina I had a triangle and thought I was for sure gonna win a second bonus. Then Valentina cucked me https://t.co/556RF8JaYY

That guillotine went on a little longer than I would’ve liked but it was hard to see from the camera angle I can imagine for the ref his angle was a bit off too. #UFCFightIsland4

Live by the sword, die by the sword. Great job @IronLadyMMA ! Suspended for 2 weeks….. I’ll be ready to get back in there after that ❤️

I think @CarlosCondit wins it

Save by the buzzer !!! #ufcfightnight

Dan Hardy is right why is Condit fighting Southpaw? He doesn’t look the same. But great finish to the rd

Great to see Condit back in the winners circle and looking like him old self again! #UFCFightIsland4

Can we get a split draw again here. I bet on McGee haha

Once I’m fully healed up I think it’s time for me and @CarlosCondit to fight!