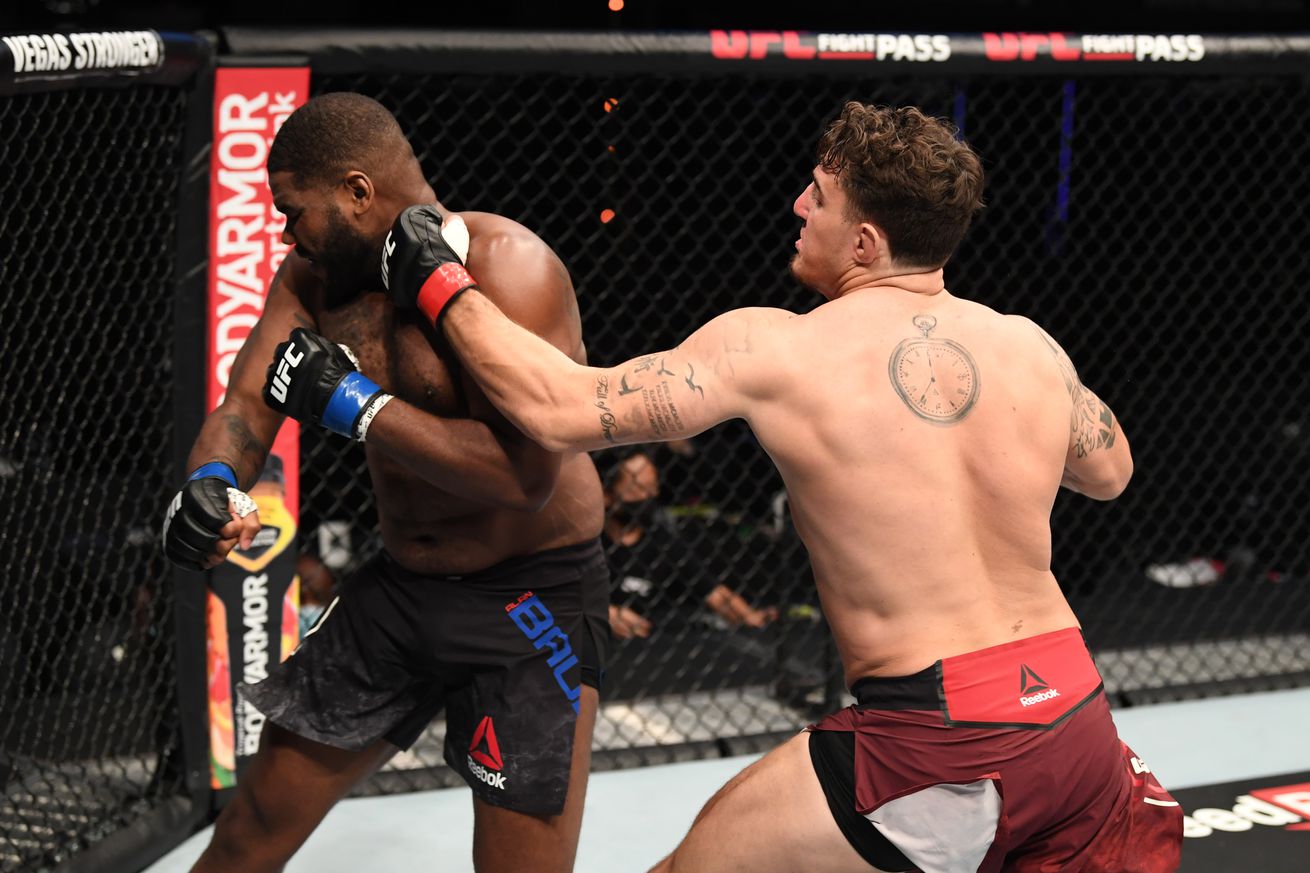 Tom Aspinall picked up his second UFC win on Saturday night and he’s still spent less than three minutes of total time inside the octagon.

The British heavyweight needed just 45 seconds to win his debut and he only required slightly more than that to earn his second victory as he dominated Alan Baudot from start to finish. Aspinall initially walked forward while showcasing his punching power and then he put Baudot on the ground with a takedown.

Immediately, Aspinall began hammering away with punches and Baudot could only cover up with no signs of escaping. That forced the referee to stop the fight as Aspinall got the finish, this time at 1:35 into the first round.

Afterwards, Aspinall actually shook his head as if he was disappointed in himself despite the lopsided win.

“I did a few mistakes that my coach told me not to do,” Aspinall explained when asked about his post-fight demeanor. “I wasn’t happy with that but a win’s a win.

Aspinall has been touted as a potential top 10 threat in the heavyweight division but he’s not looking to run in the UFC before he truly learns to walk first.

Originally, Aspinall was slated to face Sergey Spivak at UFC Fight Island 5 but the Ukrainian was forced out of the fight after contracting COVID-19. Following his win, Aspinall wished Spivak the best while inviting him to rebook the fight once he’s healthy enough to compete again.

“That’s what I want next for sure,” Aspinall said about facing Spivak in his next fight.