Marlon Moraes refuses to close out 2020 on a losing note.

The former UFC bantamweight title challenger is coming off a loss to Cory Sandhagen at UFC Fight Night 179 in October when he got stopped in round two. Soon after the defeat, Moraes (23-7-1 MMA, 5-3 UFC) picked up a bout against Rob Font for the last UFC card of 2020, which goes down on Saturday in Las Vegas.

“I do this every day, I’ve been training the whole year,” Moraes said at the UFC Fight Night 183 media day. “I lost the fight and I’m not going to just sit home and enjoy the rest of the year with a defeat. That’s not who I am.

“I’m going to challenge myself get in there and get back and fight till the end. So I’m going to go in there perform and get the victory Saturday night.”

Moraes feels you’re only as good as your last bout, so he’s out to prove he’s still among the best bantamweights on the planet.

“You’re only what happened in your last fight,” Moraes said. “In the world you have to work hard and you have to win. This is why I fought for another opportunity to get this fight and get in there and still show everyone what I can do.”

Although Moraes is 1-2 in his past three outings, the Brazilian believes he’s not far off form another shot at the belt.

“Everyone in the top 10 can be a champion,” Moraes said. “I’m maybe one or two fights, a good performance, away from the title fight.”

To hear more from Moraes, watch the video above. 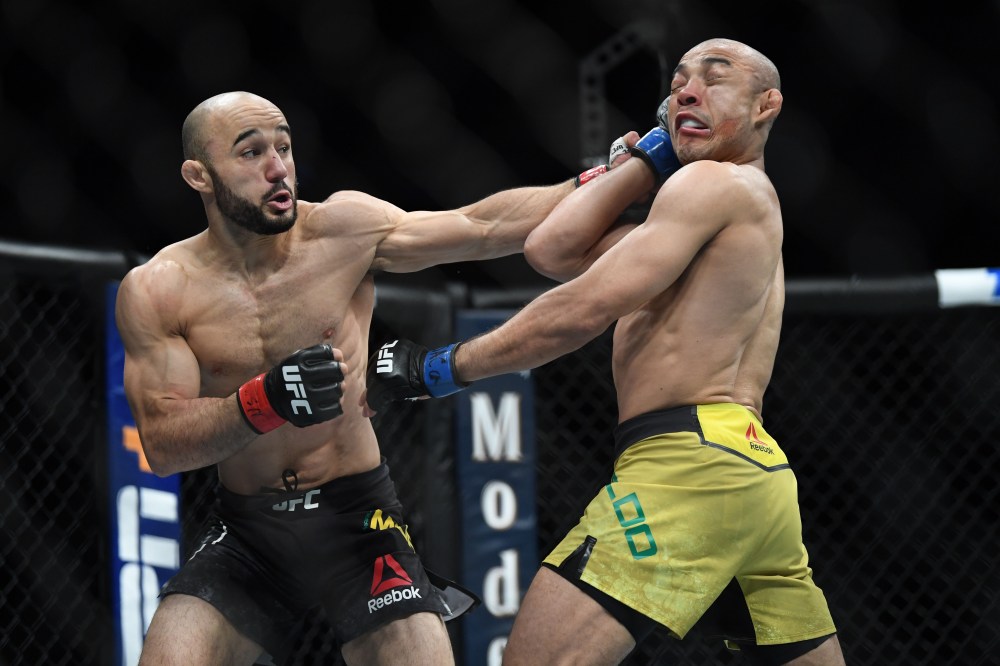