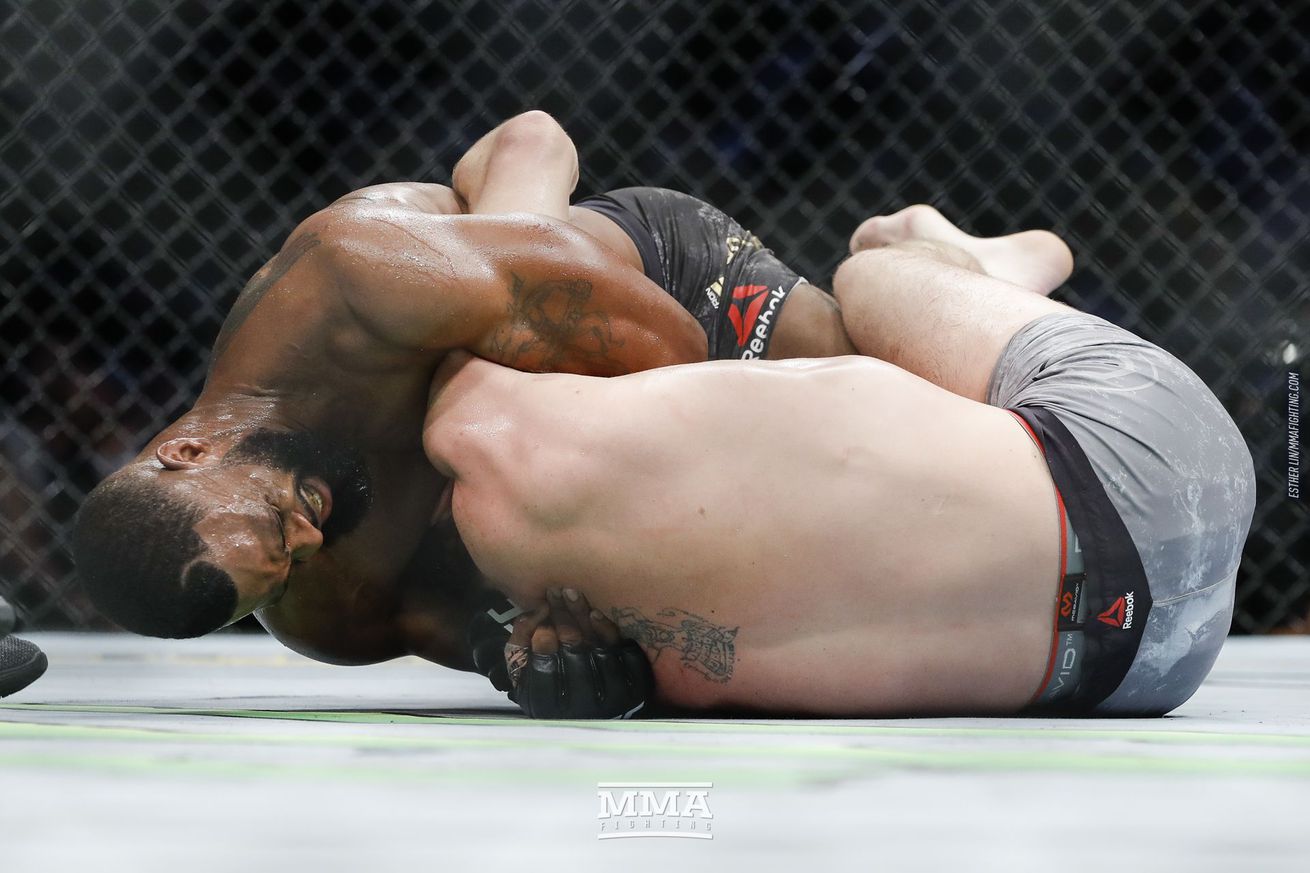 Watch Tyron Woodley vs. Darren Till full fight video to see Woodley pick up his fourth consecutive successful title defense against Till at UFC 228 on Sept. 8, 2018, in Dallas.

Till entered this welterweight championship bout with an unblemished record of 17-0-1, but Woodley gave Till his first loss in dominating fashion. The Englishman had few answers for his more seasoned opponent and when the fight went to the ground in round two, he succumbed to Woodley’s expertly applied D’Arce choke.

That marked Woodley’s last successful title defense before dropping the belt to Kamaru Usman and then losing a five-round unanimous decision in his most recent outing against Gilbert Burns. “The Chosen One” looks to return to form when he meets rival Colby Covington in the main event of UFC Vegas 11 this Saturday on ESPN+.