Scottish UFC lightweight Stevie Ray will be hanging up his gloves.

In a Facebook post Monday, Ray announced that he will be retiring, citing major knee issues as the reason. The former Cage Warriors lightweight champion amassed a record of 7-4 during his five-year tenure in the UFC.

Ray (23-9 MMA, 7-4 UFC) last competed at UFC on ESPN+ 20 in Singapore and beat Michael Johnson by majority decision in October 2019 for arguably the biggest win of his career. He also holds notable wins over “Ultimate Fighter” Season 9 winner Ross Pearson and Joe Lauzon.

Ray posted that after beating Johnson, he signed a new four-fight deal with the UFC. But the continuous struggles and limitations he faced when trying to nurse his knee during training camps played a major role in his decision.

He will continue to coach and develop his gym, Braveheart MMA, in Kirkcaldy, Scotland, he said. 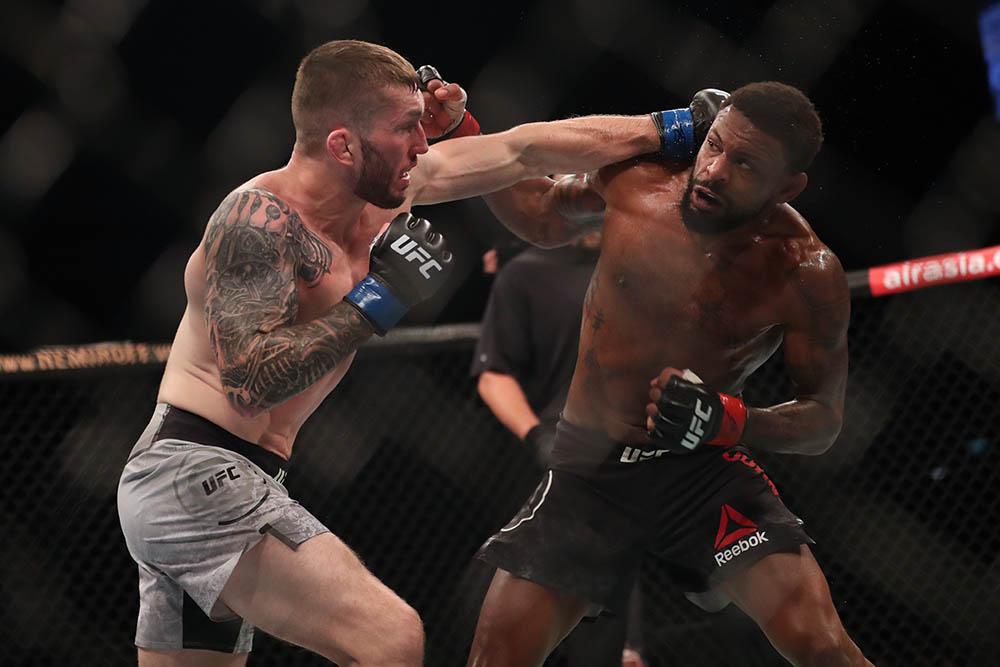