Niko Price had a killer opening round against Donald Cerrone in their UFC on ESPN+ 36 co-feature.

But Price got a bit too exuberant along the way and was docked a point for an eye poke in their welterweight matchup, and that spelled the difference between what would have been a split decision win and a majority draw. The judges’ scores in Las Vegas were 29-27 Cerrone and a pair of 28-28s.

Price (14-4-1 MMA, 6-4-1 UFC) got off to a furious start in the opening round, landing 40 strikes in a little more than two minutes into the bout. Price was sharp in delivering in a wide array of strikes, with combos and body kicks from distance and elbows and knees in the clinch.

Several times during the round, Cerrone (36-15-1 MMA, 23-12-1 UFC) appeared not far off from being finished. But Price poked Cerrone in both eyes along the way, with the second infraction late in the round earning a point deduction from referee Jason Herzog.

By the second round, it was clear Cerrone was back in the fight. He nearly matched Price, who couldn’t maintain his early pace, in significant strikes, with both men giving at taking over the course of the bout.

Both competitors once again had their moments in an eventful final round that included a rare double timeout, as both delivered eye pokes at the same time. Cerrone at one point got Price’s back while standing and nearly sunk in a rear-naked choke. After price threw him off, the final moments of the bout saw both go for broke all the way to the final horn.

While he doesn’t get back into the win column, the draw ended a four-fight losing streak for Cerrone. Price is 1-2-1 in his past four.

The welterweight bout was the UFC on ESPN+ 36 co-main event at the UFC Apex in Las Vegas. It streamed on ESPN+. 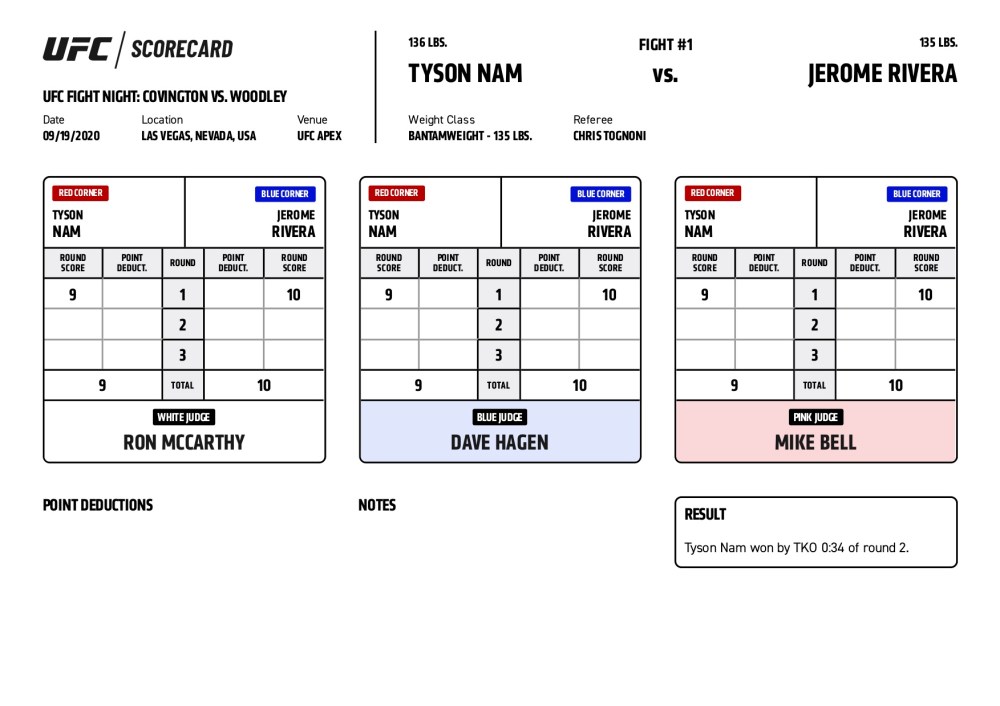