Marlon Moraes looked to cement himself as the UFC’s No. 1 contender at bantamweight when he was matched up with a familiar foe.

Moraes ran things back with Raphael Assuncao in the main event of UFC on ESPN+ 2 in February 2019, looking to rectify his wrong from their first outing, where he was edged out by split decision at UFC 212.

Assuncao had Moraes on the back foot early, but Moraes did a good job of circling out from harm’s way. Moraes attacked with leg kicks and eventually managed to clip Assuncao with two straight overhand rights that dropped him. Assuncao tried to hold on, but as he was getting up, Moraes latched onto a guillotine, submitting him in the first round.

The win over Assuncao was Moraes’ third straight first-round finish and “Performance of the Night” bonus, and the victory earned the former WSOF champ a shot at the vacant bantamweight title against Henry Cejudo at UFC 238.

UFC on ESPN+ 37: Make your predictions for Marlon Moraes vs. Cory Sandhagen

After a strong start by Moraes, Cejudo rallied to TKO him in the third round and capture the title. Moraes then rebounded with a split decision win over Jose Aldo last December at UFC 245, re-positioning himself at the top of the bantamweight rankings.

Before he faces Sandhagen, relive Moraes’ finish of Assuncao in the video above. 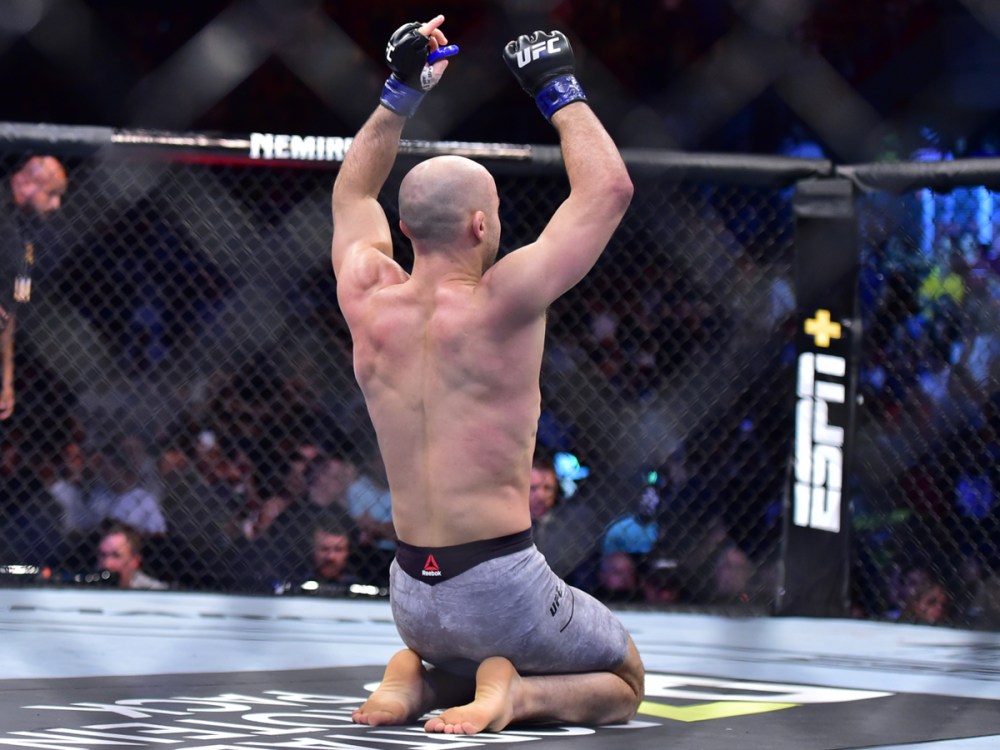